During the tour through the jungle of the national Park Khao Lak Lamru we sat down to rest on the rocks in one of the coves by the sea. Out of the corner of my eye I saw some movement at the far rock by the water. Any whether a worm, or a leech, frightened by my movement, formed U-shaped and abruptly jumped towards the water. Carefully looked around, but there all the stones are covered with these organisms. And these aren’t leeches, they are real fish, with a tail and fins!

They sprawled on the stone, clinging to his abdomen and mouth, straightened the fins, and in case of danger sharply and aiming jump, and not necessarily in the water, and often with a stone. A quick search on the Internet gave the two contenders: the Rock jumper (lat. Alticus saliens) and the Pacific jumping dog (lat. Alticus arnoldorum), both from the family Sobakevich squad okuneobraznyh. Those are a few of the fish, who can truly be called the land. 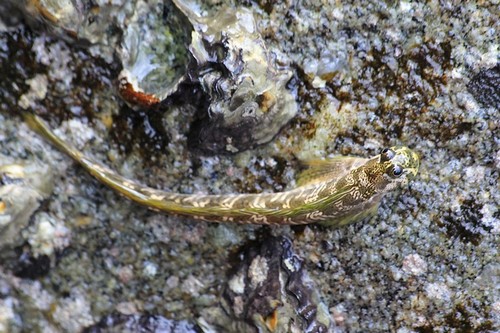 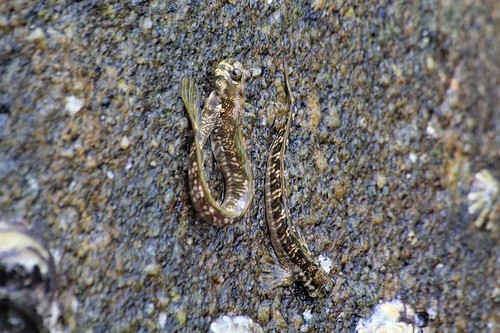 Tropical demersal (bottom) fish. Widespread in the Indo-Pacific region from the red sea to Society Islands, North to Ryukyu Islands and Buninskih Islands, South to Queensland (Australia) and Mariana Islands in Micronesia. Inhabits coastal shallow waters of the littoral and in the area of zapisov (supralittoral) among rocks and stones near coral reefs at depths to 2 m During low tide the remains out of the water, with extraordinary agility running and jumping on dry stones and rocks. While out on the water able to breathe atmospheric air. 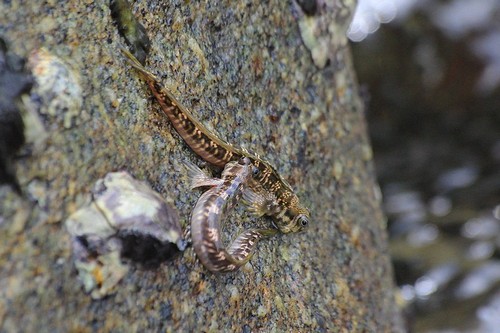 Coastal feeds on algae and detritus. At the time of spawning pairs. Adhesive eggs females lay in the nest, nestled among the coastal rocks. 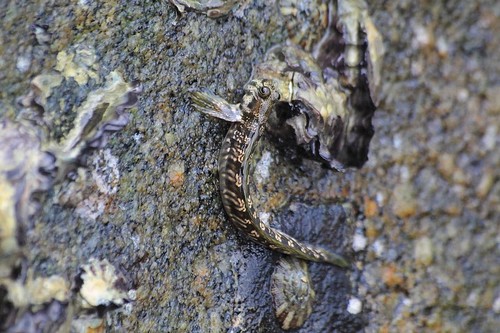 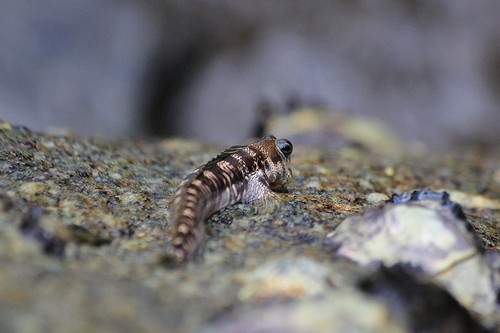 Pacific jumping dog kind of altitudes Alticus arnoldorum is actually fish. All his life this member of the family Sobakevich spends on coastal rocks, jumping from stone to stone and feeding on algae and detritus. Scientists from the research center of evolution and wildlife ecology at the University of South Wales spent a lot of time on the tropical island of GUAM, while observing the lifestyles and habits of “dogs.” 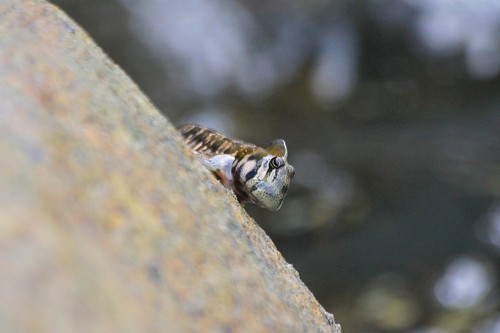 “This fish inhabits the rocky intertidal zone, says biologist Dr. Terry Ord (Dr Terry Ord). For science it is interesting because it presents a unique picture of how was the settlement of the land in the process of biological evolution.”

In an article published by scientists in the journal Animal Behaviour, shows that in the development of the sushi sea creatures faced many difficulties, including changing the diet, adaptation to temperatures, dry air environment, new methods of transportation and so on. However, special attention was paid to researchers the ability to resist the predators who have already mastered the new environment. 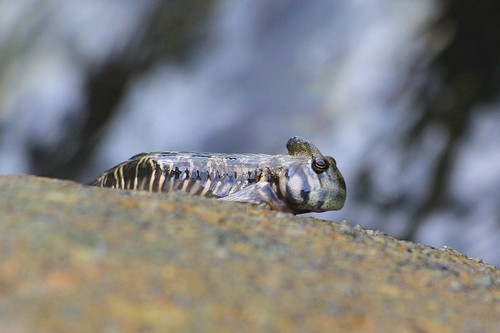 From fish whose body length does not exceed eight centimeters, there are many enemies: birds, lizards and crabs. To survive in atypical animal habitat allows the colour, which perfectly conceals a jumping dog brown among the coastal boulders.

Practical study of the role of coloration for the survival of fish was given with the help of the experiment. First, scientists measured the colour of five different populations and compared them with the color of the rocks, which was inhabited by a jumping dog. Then, on the basis of the obtained data was made realistic plasticine models, one of which was placed in a native habitat for animals, and another scattered on the sand along the shore.

“The colors and shades of each of the five populations almost perfectly match the rocks on which they live, — says the scientist. — Camouflage makes the fish invisible to predators”. 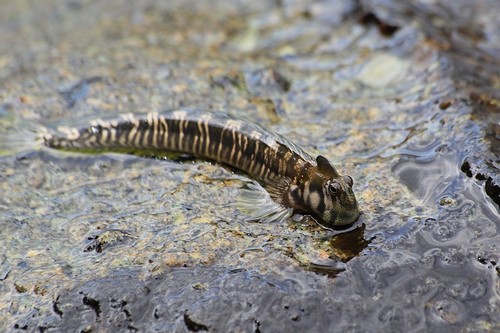 In a few days, the researchers returned all the dummies back to the lab and began to inspect their condition. As expected, only those models whose color did not match the background, was covered with numerous bites, tweaks and scratches inflicted by predators.

According to Dr. Horde, jumping dogs can see the process of evolution first hand, because not all members of the family Sobakevich live in the littoral zone: there are a totally aquatic species. 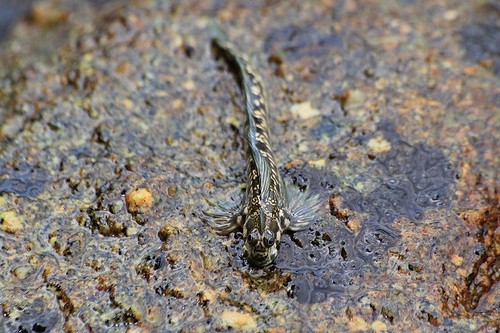 Comparing the species that are the closest relatives of the Alticus arnoldorum, the scientists were able to identify the color characteristics inherent in the common ancestor of altitudes, which in turn confirmed his availability characteristic of camouflage. 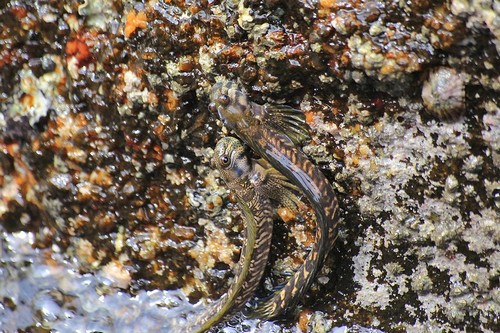 “These fish can be compared to the individual frames out of the film called “Evolution,” the scientist said. — Our research has proved that by such features as masking the color developed during the habitat under water, before the fish made it to land”. 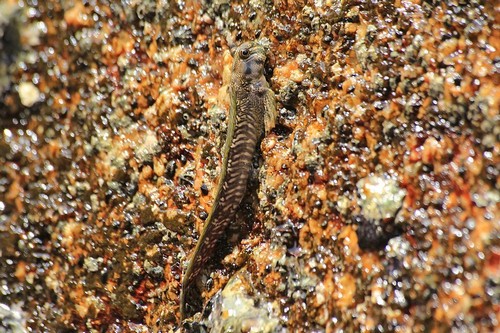 And more excerpts from the article Lenta.ru 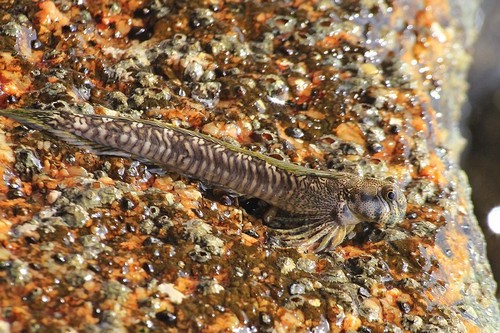 Scientists from the University of New South Wales in Australia found that the first fish that walked on land more than 350 million years ago, was not the only one. In one family of several dozen species independently from each other developed the ability to move on land. A large role was played by the tides. A study published in the journal Evolution.

Biologists have studied scientific work to find the fish are able to move on land. They have identified 130 species of animals, among them the American eel (Anguilla rostrata), which can crawl from pond to pond, bull-Buffalo (Taurulus bubalis), leaving the coastal waters by lowering the concentration of oxygen in them, as well as mudskipper (Periophthalmus barbarous), lead an amphibious lifestyle.

The results of the research showed that 33 different families of fish have at least one representative that can some time to be on the land. This suggests that this ability evolved independently several times, and some modern fish have inherited it from a common ancestor that lived relatively recently.

One of the families has received special attention of researchers. Sobachkoy (Blenniidae) is a group of fish that mainly inhabit coastal waters. This family includes seven species, which are able to move on land. For example, Alticus arnoldorum can jump on rocks and cling to the stones that could he due to the presence of special cupped fins. — Alticus saliens — leads a similar lifestyle and like its cousin, it remains on land during low tide.

Scientists believe that the ability to move on the ground most often occurs in the littoral zone, which is a section of the coast that are periodically flooded during high tide. Litoral is a kind of springboard for the gradual formation of terrestrial species.