The mullet is one of the most popular marine fish, whose name translates from Greek as “head.” Beautiful and moving has always been held in high esteem among the fishing fraternity. Fishing mullet, coming from mid-summer and continuing until the autumn frosts, it is highly addictive and can please even the most fastidious fan of fishing. 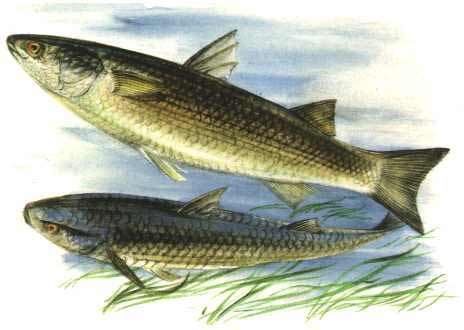 Despite the fact that some species of mullet live exclusively in fresh water, it still applies to marine fish. Originally inhabited in the warm waters of the South seas and oceans, but sometimes in search of food and came to the mouth of the rivers, where settled and gradually turned into the usual freshwater inhabitant.

Mullet has an elongated torpedo-like body. Because of the flattened back of the nose is on the same level with the dorsal fin. Scales large and rounded. On the back and the abdomen — two fin. Body color — grey with silver sheen on the belly. The back is dark with black longitudinal lines. Due to the shape of your body, mullet have high maneuverability and mobility.

Mullet can reach a length of ninety centimeters and a weight of seven pounds. Its average lifespan is twelve to fifteen years. Puberty occurs in the eighth year of life. At this time it grows from thirty to forty centimeters.

The basis of the power mullet on a variety of worms, small invertebrates and zooplankton. But its main food is benthic sludge, which is rich in nutrients necessary for the life and growth of fish.

Where the fish of the mullet family

Fish family mullets live in almost all seas and oceans. The only exception is the Arctic, where the mullet is impossible to meet due to her love of warm waters. In our country, the mullet can be caught in the Azov, Caspian, Black and Japanese seas. Basically, the Russian fishermen are familiar with the four types of this fish — striped mullet, Golden mullet, pelengas and astronoom, the smallest in this subspecies (it grows only to twenty five centimeters and has a weight of not more than five hundred grams). Often find mullet in the open sea, estuaries and river deltas. During spawning often comes in fresh waters, but spends the winters are always in the familiar sea.

How to cook a mullet

Often many people wonder how skinny mullet? Like most marine fish has white meat that has no bones, which makes it a desirable trophy in the catch of each angler. Its tender meat has a delicate flavor that can please every connoisseur of seafood cuisine. Mullet contains huge amount of protein — about twenty percent of the total weight of the carcass. The fish are completely absent carbohydrates, which is especially prized by some gourmets. Calorie mullet — 121 calories per 100 grams.

Useful properties of mullet for the human body: 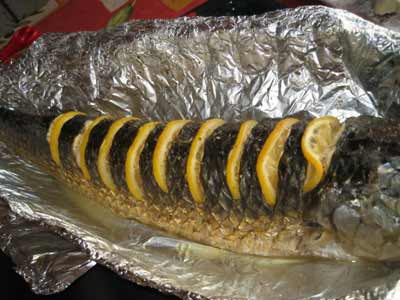 For this you will need fish, salt (preferably large sea), half a lemon, a little butter, onion, sugar. The carcass wash, to clean, to gut. Trim the fins, remove the gills. Remove excess moisture from fish with a towel or cloth. Along the ridge to make a few cuts. Season with salt and pepper and leave to stand for a few minutes. Foil spread out on a baking sheet, brush with oil spread on it chopped onion rings. Lemon sprinkle with sugar and insert into the slits on the body of the fish. Put the mullet on onions and wrap in foil. Bake in the oven at two hundred degrees for about half an hour. 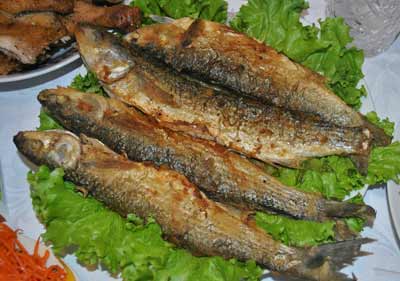 For this dish it is better to use fish of a small size. In addition to the mullet you will need flour, vegetable oil, salt and pepper. The fish is cleaned, rinsed, salt and pepper. After that it should roll in flour both sides and fry over medium heat on preheated pan until Golden brown. 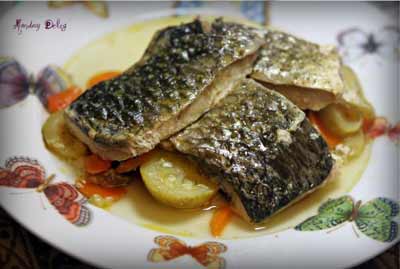 Mullet in a slow cooker

The easiest and most affordable way of cooking. It will need a fillet of fish, 2 carrots, 3 zucchini, 2 bell peppers, salt, pepper, vegetable oil. In the bowl multivarki pour oil, put on the bottom of the chopped zucchini, carrots and peppers. The butter and put on top of fillets. Cook half an hour on the mode “Stewing”.

The price of fish mullet

Like any food product, the price of mullet depends on the region in which it is sold. Where it catch on the Black, Azov or Caspian seas — of course it will be cheaper. For example:

Besides, the cost of frozen, fresh, smoked and so on fish can also vary greatly in one direction or another.

Mullet — fish schooling. She feels quite comfortable in the warm sea water, whose temperature does not rise above thirty-five degrees Celsius. She is not afraid of the high content of salt in the water and does not depend on the amount of oxygen in it. Mullet have a very low fecundity, in contrast to the other fish. At one time she could dismiss no more than seven thousand eggs.

Eating mullet has beneficial effects on the human body. It is recommended to enter into the diet of people suffering from depression and mental illness. However, there is it in this case, you have at least two or three times a week. Recommend and people with a sick gut, with a side dish of vegetables or grains. In addition, regular consumption of this fish prevents the development of atherosclerosis.

If the fish was bought frozen, then thawed it must be only to the air, and in any case not to put it in warm water so that it does not lose its beneficial properties.

Reviews about the mullet

In the diet of each person must be dishes made from fish. But often people do not want to contact her because of the small bones, to choose which there is no special desire. The mullet is devoid of this drawback, as small bones has not, and large easily separated from the meat.

Most useful for the human body is considered to be mullet caught no later than two days prior to cooking food, because after the expiry of this period, the fish loses all of its positive qualities.

Mullet has a wide application in cooking. It can be boiled, fried, steamed, rolled into canned, pickled, used for the manufacture of minced meat, smoked, salted and so on. The only drawback to this fish is the presence of worms. To avoid contamination, it is necessary not only to carefully examine each fish, but to subject pre-treatment of parasites.

3 Comments on “Tasty mullet That the fish”