In the arsenal of the fisherman should be a variety of gear, it often happens that pike does not respond to artificial lures for spinning fishing. But the bait fish from the float interests her, and even very much. To always be with a catch, especially a predator, one should not be afraid to experiment. 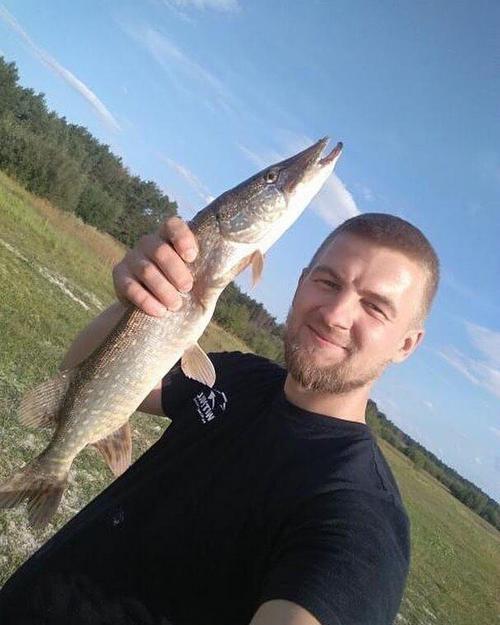 Almost all hunt for pike, most of them use spinning equipment for this. But many other types of capture are not forgotten. Particularly popular is fishing for pike on a fishing rod, as bait is used for bait fishing.

Pike float gear is one of the oldest types of food prey. Modern equipment will be very different from prehistoric, but by the principle of fishing they are identical.

There are still subtleties of fishing:

A big plus is the fact that you do not need to spend extra money on bait. It is enough to pre-catch a small fish in the same pond on the float and use it further.

The choice of gear components

Before you catch a pike on a fishing rod, you need to collect the correct gear. How to make good quality anglers with experience, and we will learn their secrets.

A real fisherman collects all the used gear with his own hands, then you can only be one hundred percent sure of the equipment. On the pike, a fishing rod has some features, since large individuals often have to be fished, especially in the spring and autumn. In order not to miss the trophy catch, you should adhere to the following parameters of the components.

To capture a predator, they use light but strong forms, it is best to give preference to carbon, but the composite will be approximately the same in many respects. The length is chosen according to the fished reservoir.

When choosing, it is worth paying special attention to the fact that pike fishing for fishing rods takes place only with Bologna rods, that is, with rings. The inserts in the rings are desirable to be ceramic, ideally titanium, this will save the basis for fishing, protect from grinding.

Important! The whip should have at least one sliding ring, it serves to evenly distribute the load along the tip. 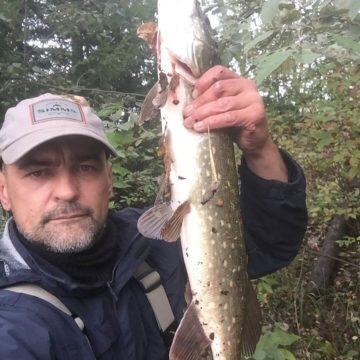 Forms for this type of fishing require reels of appropriate quality, the usual for catching small residents of the reservoir is definitely not suitable. She simply can not withstand the efforts when playing pike, the strength of jerks at the predator is high.

The best options for equipment will be an inertia-free reel with a spool from 2000 to 3500. Typically, the manufacturer comes with two options: metal and plastic. The first option is used purely for winding the cord, but both options are suitable for fishing line.

The number of bearings should not be very large, this is not a spinning gear where excellent reel operation is required. Only 3 is enough for long casting and further survival with a successful serif.

Fishing for pike with a fishing rod is carried out using a conventional monofilament fishing line, and with a cord as the basis. Whether the first option is chosen or the second, but at least 50 meters will be needed to carry out casting to the desired distance.

But in thickness they will differ:

Such materials for independent manufacture of leashes will not work, a toothy resident of a reservoir will quickly have a bite of such material.

An excellent option for equipping a fishing rod for fishing for live bait is a metal leash or fluorocarbon. Other options will be weak for pike in any body of water.

The length is also an important parameter; shorter than 25 cm, it is not recommended to set a leash; a pike, when swallowing live bait, can grab the base with its teeth.

The hook should be such that the angler can put bait on him without any problems.

For this type of bait use:

In this case, there will be several options for the institution. The most reliable is the use of a tee, with which a lead is led immediately under the gill cover. Hold a tee with a winding ring at your mouth, and then connect everything.

You need to choose a pike float for a load of at least 10 g ; the best option is a 15-gram version. Sinkers for equipment are taken sliding, and their weight should be less than indicated on the float. Under the already selected 15 g float, the sinker needed only 11-12 g. Ready-made equipment will not allow the bait fish to sink the bite rate, but the pike impact will be seen perfectly.

Most anglers make tackle floats on their own from a large piece of polystyrene foam, or even cut it out of wood.

No fishing is possible without accessories for collecting gear, carbines, swivels, stop beads are always present. For pike tackle, good quality options are chosen so that they can withstand jerks of a captured instance and not leave.

Correctly selected components of excellent quality will guarantee the survival of even large pikes during timed serifs.

Gathering gear and catch live bait, you can go for a pike. They choose a promising place, put on bait and carry out casting.

It is best to send a fish with a hook:

Then they are waiting for bites, the pike should be interested in the active movements of the fish mounted on the hook. The predator immediately begins to attack a potential victim, but it is not worth it to carry out a sweep. Experienced anglers recommend waiting about a minute, and only then detect it. The fact is that a pike does not immediately swallow a bait fish, it pulls it into its shelter, there it turns its muzzle towards itself and only then tries to swallow it. A serif conducted earlier than time can frighten off a toothy resident of a reservoir, she will get rid of the fish and become more careful.

With a long absence of bite, it is worth changing the place, perhaps the pike is not in ambush here.

Now we know how to catch a pike on a float tackle with live bait, it’s time to collect and try it.

Catching a pike on a float will become more effective if you know and apply some useful tips from more experienced friends who use this tackle regularly.

To always be with the catch you need to know this:

Catching pikes on a fishing rod will bring many unforgettable moments for both a beginner and a more experienced fisherman. Forming gear will not create problems for anyone, but still it is better to ask the advice of more experienced comrades.

2 Comments on “Catching pikes on a fishing rod”