In the spring, fishing on ponds takes place both from the ice at the very beginning, and through open water. A wide variety of gears are used, which are collected directly according to weather conditions and possible catch.

In the spring, pike fishing is quite diverse, at the beginning you can still use winter tackle to the full. Then they take a short break, giving the predator the opportunity to spawn, and spinning is usually used at the end of the spring season. The use of female vents is possible both in March and in May, however tackle will have significant differences.

Subtleties of spring fishing for pike 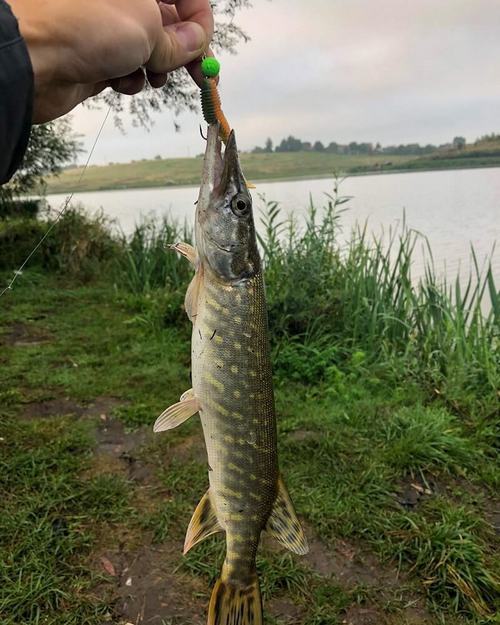 Girders are used in early March and at the very end of May, when the time of the spawning ban expires. Between this period, pike fishing is prohibited, thus giving the predator the opportunity to leave offspring.

Before you go fishing, you should know some of the subtleties inherent in the spring season:

Applying these recommendations and secrets in practice, not a single angler will be left without a catch, or perhaps even a trophy specimen of a predator.

The use of ventricles: where and when

The simplest pike fishing is the capture of zergolits, and they are used all year round. Depending on the season, they are put up in different places of the reservoir, namely, in places where the pike is standing or presumably can swim in search of a potential victim.

When to look in the spring

Catching pike in March for zerlitsa usually occurs from ice, while putting tackle is more worthwhile on shallows. That is where small fish come out to warm themselves, and a predator follows it.

In April fishing on girders is prohibited on ponds, paid ponds may be an exception, there are basically no spawning bans. Apply both winter and summer gear options. Catching pike at the lapel in April is not as successful as in March, but possible.

In May, the pike is caught with spinning gear, and the lanterns are used mainly during the night. It is possible to catch large individuals, but most often come across medium pike.

Depending on weather conditions, lanterns for pike are placed in different parts of the reservoir. From ice these are just some places, and in open water the perspective changes.

It should be understood that in April most often spawn pike, before spawning and immediately after the predator generally does not eat. During this period it will be difficult to draw the attention of a predator to the bait, therefore there are very few successful outcomes of fishing of any type.

We found out where to look for a pike in the spring with zergelits, but for beginners, little or nothing is known about tackles. In order not to miss the pike, spring fishing should take place with high-quality gear, you can assemble them yourself. We study the main components below.

How to make the foundation correctly depends on weather conditions, because in spring two different types of girders can be used for pike, each of which has its own characteristics:

You can use other improvised means, but it is the above that are most popular among anglers with experience.

A sufficient amount of fishing line is wound on coils or directly on a matched base, it should be at least 8 m. It is best to take a monk whose thickness is 0.35-0.4 mm. This will be quite enough to detect and display even trophy variants of pike in the selected reservoir.

Not everyone uses a leash, but it’s better to put a leash. A great option would be a guitar string or steel, fluorocarbon also put quite often.

Clockwork rings, clasps, swivels for catching pikes on vents in the spring choose a minimum size, but with good characteristics. During this period, the pike is already cautious, so too large elements can scare her.

As bait in May, and throughout the spring they use live bait, roach and perch are best for this. Karas are more tenacious, but during this period the pike reacts weakly to them.

Important! When choosing live bait, it is worth starting from the feed base of the reservoir selected for fishing.

Features of catching pike at the vents in the spring

All features can be divided by month, each will differ from the previous one in many indicators.

It is already worse to catch pike at the girly in March, but you can still catch it. Often, the predator does not turn its bait to it anymore, but rather tastes it. That is why it is necessary to stimulate a quality bite, for this they make easy twitches of the fishing line so that the flag spring does not work.

In early April, fishing is reduced to zero, spawning makes the pike indifferent to any proposed treat. But just a few days after spawning, the zhor at the pike wakes up excellent.

In May, it is better to go to the predator with a spinning rod; the female trapdoors will bring the minimum catch during this period.

In the spring, it is possible to catch pike on zerglobits in several varieties, depending on weather conditions. Each of the options will definitely bring the catch, but how it will depend on the luck of the angler himself.