Bottom fishing rod – one of the most famous and ancient methods of fishing. In its original version, it is simply a baited fishing hook, tied together with a rather heavy weight on a fishing line, which is thrown into the water to catch fish. In modern fishing, such tackle is also used and is known as the “quake”. 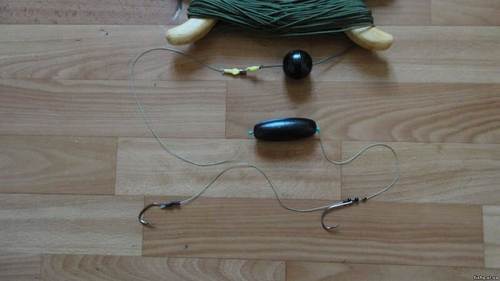 Catching bream on the classic donkee, which came to us from the Soviet era, is very popular and not too costly. Such fishing is also suitable for going to kebabs, as an auxiliary lesson, and for full-fledged fishing. In addition, donka allows you to use modern types of gear.

When they talk about the bottom rod in the modern sense, they usually mean something else. This is a tackle with a rod and a reel that performs the same role as a hook-up – to deliver the load and bait to the bottom and pull the fish. To do this with their help is much more convenient than throwing and pulling out with your hands. The rate of catching increases several times, as a result, with the active bite you can catch more fish. Yes, and such a tackle less confused. There are many other advantages in the use of rods and reels. This is the ability to use thin fishing lines, and a smaller weight of the sinker, and an effective hooking with a rod and a number of others.

Bottom fishing rod for fishing for bream is more effective than many other gear. When fishing from the shore of this fish, none of the methods can compete with it, and only fishing from a boat provides several advantages to alternative types of fishing. Of course, each reservoir has its own characteristics, and somewhere the bream can better bite on the float.

What is a classic bottom fishing pole? Usually this fiberglass rod, length from 1.3 to 2 meters. It has a fairly large test and is designed to throw a heavy bait, usually up to 100 grams in weight. The rod is equipped with an inertia reel with a drum diameter of 10 to 15 cm. The inertial reel requires experience in handling, in particular, the ability to slow it down with your finger at the right time so that there are no beards. A line with a diameter of 0.2 to 0.5 mm is wound onto a reel, usually 0.3-0.4 is applied.

Monofilament line, as it is problematic to throw with inertia and cord. At the slightest understeering, loops come off, and in this case the cord has a peculiarity to cling to the coil handles, rod rings, sleeve buttons, which makes catching with it and inertia impossible. It is necessary to twist the brake on the coil, which sharply reduces the casting distance. Therefore, those who want to use the cord on the donka, the direct path to the use of feeder gear with modern inertia coils.

At the end of the line is attached cargo and a pair of leads with hooks. Usually the load is placed at the end of the main line, and the leashes are attached above it. It is usually impossible to fasten more than two hooks, since in this case one has to either sacrifice the length of the leash or increase the hanging line when casting, which is not always convenient. On bottom fishing rods for bream fishing, wire erections are often used, which make it possible to increase the number of hooks used up to four – two on mounting, two higher on the main line.

Generally speaking, an increase in the number of hooks on the tackle is a way common for angler fish when trying to catch a bream. The probability of biting on several hooks is always more than one, albeit disproportionately. However, with a large number of hooks have to put up with the fact that they will be confused. Here it is worth choosing a middle ground and there is no need to chase too much. Usually two hooks are more than enough.

Feeding trough when fishing on the donk is not used very often. The fact is that the evolution of the feeders led to the appearance of the classical feeder feeder with a covered bottom, to flat-feeders. And for a classic donkey – it’s catching bream on a spring, a feeding trough that doesn’t keep feed well and gives a lot of it in the fall. Bream he gets in a small amount, most of it is sprayed in the water and attracts to the place of catch flocks of roach, which do not allow the bream to sit on the hook first.

This is another reason why when feeding on the donk during the current, the feeder is hardly used, or only the feeder feeder is used. To the bottom of the spring feed on the course carries very little, and flies and holds the bottom is much worse compared with the usual sinker. Of the latter, a spoon is used more often on the donke. They put it for reasons of ease of catching: the spoon takes off better and does not cling to the grass and snags when pulling out, and also goes well on the rocky bottom.

Yet of the many options for bottom gear that were used by fishermen in the USSR, a donk using a coder and steamed with a steel line was most suitable for catching bream. Cormac is a very large feed volume. It was used to deliver a large amount of feed to the bottom at a time. As you know, a flock of bream lingers for a long time only where there is enough food for it, and the probability of a bite in such a place will be higher. In feeder fishing, to create such conditions, they use starter feed, precisely throwing several feeders at the point of catching.

Donka does not allow you to accurately throw several times in the same place. Therefore, the goal is achieved using one cast of bait, but a fairly large amount. The feeder for such a lure was usually performed from a metal mesh and filled with rather thick porridge. She weighed along with the sinker about 200-300 grams, which often led to breakdowns and overloads of the rod. However, if you use very rough crocodiles, which are on sale now, you can throw such a snap quite safely, without the risk of breakage.

Steel is a steel wire that is wound on a spool instead of fishing line. It must be a cold-drawn wire, preferably coated, to slide freely through the rings. The wire from a semi-automatic machine, which could be easily obtained at that time, is excellent for this purpose.

The wire was used in smaller section than the nylon fishing line – it was possible to put 0.25 mm and get the same characteristics as on the fishing line 0.5. In addition, the wire allowed to perform a very far cast, as it was very weakly blown into the arc and, due to the smaller cross section, slowed down the load in flight. Yes, and the entanglement of the loops with the wire snap was much less common than with the fishing line, which was ideal for inertia. Such a wire, wound on a coil and wetted with engine oil from corrosion, was called “steel”. Skilled men threw such tackle on record distances – to hundred meters! Catching on it was more effective than on a fishing-rod, equipped with a nylon fishing line, but the scope was limited only to pre-fishing, and there were a lot of nuances in such a snap.

In modern conditions in the steel is not necessary. All its advantages can be obtained using modern cord and instantaneous coils. Cormac is also a relic of the past. Feeder gear easily solve the problem of large zakorma, even more than can give a fodder. But at the same time it is more convenient to use.

How to catch bream on donku 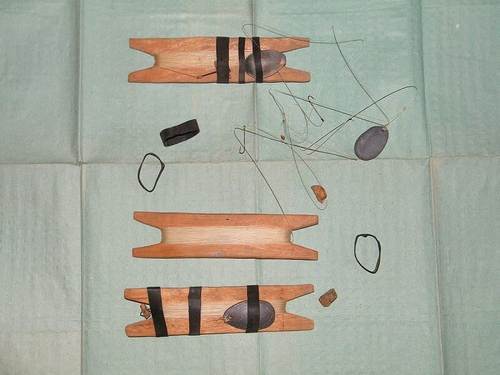 Fishing is usually carried out on the course. At the selected location, the angler places between two and five bottom rods. Fishing for one is rarely used, and fishing rules in many regions do not provide for more than five. But where permitted, you can see a dozen. As a signaling device, biting on donks uses bells. They are quite simple to use and most effective when fishing for a few fishing rods, as they allow you to register a bite even in the dark without using fireflies.

In fact, those who argue that it is possible to confuse what kind of fishing pole rings are wrong. In complete darkness, a person quite easily finds the source of the sound, and a firefly is not required. This is how auditory perception is arranged, and most people with good hearing do not have problems with it.

It makes no sense to put fishing rods close to each other, as in this case there is a greater chance that the fish will bite on one of the fishing poles on a large plot than on a small patch at once on everything. As a result, there are about eight baited hooks, thrown into the water and a stretch of coast about thirty meters long, occupied by the angler. Pokovka on the bottom bait depends largely on chance.

However, an angler who knows this body of water and fish habits has great advantages. Bream usually visits the same areas, so there are places where he pecks, and there are places where it does not exist. In addition, based on past experience, the fisherman will determine such points on an unfamiliar body of water. Of secondary importance is the choice of nozzles, equipment and installations, the correct tension and adjustment of gear.

In the modern sense of the angler fisher – rather, it is a relic of the past. Increasingly, donor-type feeder type feeder rods are used for finishing fishing. Fishing on a feeder rod without a feeder is called a donkey by many, but this is not so. The feeder is much more athletic gear, there is no such share of luck in the biting of fish, as in fishing for a donk, and the experience of the angler decides much more.

However, there is one type of fishing in which the donk shows itself better than anything else. This is a night fishing burbot in the fall. Bait for catching this fish is useless to use, as burbod is a predator. And for his catching is crucial luck, the right choice of place, the secondary value – the selection of nozzles. What is not the field of activity for the angler fishing? A bell at night will be much more efficient than a quiver-type feeder. A few rods set will increase the chances of a bite.