The method of catching the old, has been described by many fishing practitioners , including Sabaneev. In the years of the USSR it was considered banned for various reasons. Perhaps – because of its prowess and availability. Modern fishing rules allow the use of feeders associated with the instrument of fishing, including the method of catching bream for eggs. It consists in the following. 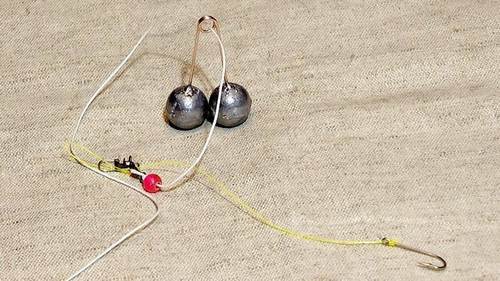 Catching bream on a ring, or on eggs is an old way of fishing, which has traditionally been established for this type of fish.

It is simple and resourceful, but requires a boat and applies only to the current.

As you can see, the method itself does not require any sophisticated gear or any special skills from the angler and is accessible to any angler with a boat. Of course, they can only catch in the allowed period for catching bream and only fish of permissible sizes. 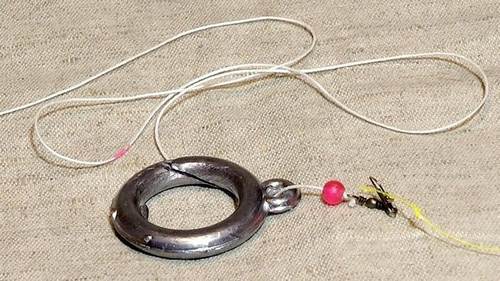 As follows from the description, the tackle consists of two parts: a feeder on a rope and an equipped rod. Each of them affects the success of fishing equally. The feeder is used with a sufficiently large volume so that the angler will not have to constantly lift it from the bottom and fill up the new feed. Yes, and a greater amount of food is a stronger food irritant in the water, allows you to attract a large flock of bream. Its usual volume is from two liters to five. The trough of the feeder should be sufficiently smooth so that the eggs can be lowered down on it, and not very large in diameter so that they slide along it without getting stuck.

Equipped with a fishing rod is a side fishing rod with a length of up to two meters. Usually this is an old rough spinning and any other is not too expensive and quite hard rod. An inertial reel or trolling multiplier is placed on the rod. Inertia is better in this respect, since it is easier to wind the fishing line with a self-propelled one simply under the weight of eggs. On the coil reel fishing line section of 0.3-0.5 mm.

Eggs are a special cargo. It has the form of two balls, which are mounted on a wire spring, squeezing them together. The spring is also an eye, for which the eggs are attached to the fishing line. Sometimes there is their name “cherries”. They can be deafly attached to the fishing line of the rod, or they can have some kind of free play between the two limiters. The first method is used more often.

After the eggs comes the main equipment. It consists of several leashes attached to a fishing line in a looped way, usually two or three. The section of the line below the eggs is of such length that the flow could easily pull it out. The length of the leads is about half a meter, they are apart from each other at a meter distance, and another meter recedes from the eggs so that there are no hooks on the feeder. Swivels on leashes do not use, as they weight the tackle and prevent it from straightening.

Hooks and nozzles use the usual as when bottom fishing for bream. The lead section is 0.15-0.25 mm. The largest nozzle is usually put on the very last leash with a hook, so that it pulls down all the tackle behind him. Sometimes a small sail is also used – a round of sinking plastic, which is placed at the end of the main line. He quickly pulls out the leash and lets the tackle lie flat on the bottom. As you can see, the tackle is quite simple and usually the fishermen make it with their own hands.

Yes, yes, even such a simple way has a tactic. The main assistant to the fisher when fishing from a boat is an echo sounder. The fish should be looked for at a depth of 2 meters; at a lesser level, it will be too afraid of the boat. Especially if the boat is not rubber and the angler creates more noise in it. The fishing ground should be relatively free of grass, but not far from it. Bream likes to stand there, especially in summer. If the echo sounder shows a fish, this is good, it is worth embarking on such a site. If not, then maybe she will come to feed later.

The boat is most convenient to put across the flow. So there will be a maximum space for fishing. Fisherman to sit at the same time on the bank across the boat. The feeder is thrown either directly under the boat, or at a short distance. The feeder in this case will not be in the shade of the boat, and the fish in shallow water will not be afraid to come closer. This is especially felt in the bright sun, shining downstream and casting a shadow from the boat further. In deep water, the feeder is usually placed under the boat.

After that, the eggs are placed on the feeder cord in such a way that the fishing line that goes behind them does not wrap around the cord and goes straight downstream. After that, they let into the water a bet with leads and wait for them to go down the river. Then the eggs slowly lower the cord to the trough and wait for the bite.

Biting is usually felt with the left hand, which holds the feeder cord. To do this, you need to stretch it a little, but not too much, and drag the eggs a little, so that they too pull the cord with their weight. The main thing is that the cord behind the hand never touched either the side of the boat or its other parts, otherwise the biting can be overlooked. The fisherman sits holding a cord in his left hand, and in the right rod, and is waiting for a bite. You can use bite alarms associated with the main rod – nods, bells, floats, etc. They will work well only if the eggs have a free course on the line.

When biting it is important to do the hooking correctly, it is enough amplitude. When this happens, two things happen: the eggs fly off the cord and the fish is crocheted. It is more convenient to do this with a longer rod, especially at good depths, in order to remove the slack of the fishing line. In some cases, you have to do double cutting. The first one breaks eggs, and the second mark the fish. After hooking, the fish is pulled out, put in a cage, hooks are re-planted and the tackle is lowered down.

Where and when to look for bream 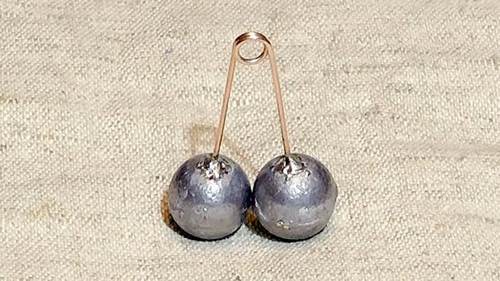 This is a key issue when fishing for eggs, because if you choose the wrong fishing site, you risk losing time and the bait will be wasted. It is best to look for it near places with aquatic vegetation, but for fishing, choose a cleaner place. Should avoid small areas. The best for catching on the ring and eggs are the depths of 3-4 meters on not very strong current. Usually it is the river or turn of the river near the steep bank. Bream feeds rarely on shallows, but you can try to fish there too.

Bream loves to feed in areas with a soft bottom, where there are many worms and aquatic insects. Nevertheless, he does not avoid stony places and shells near such sites, and even prefers to hold onto them. If we consider that usually the shell bottom and the stones are free from grass, it is advisable to find them and stand over them.

It is better to stand on the boat either above the edge, or near the channel. It is worth paying attention to the grooves and grooves, but only in those places where there is no predator. There is no sense in getting up on the knot. These sites are usually not very rich in food, and all of it rolls down and over, and by gravity down to the brow. But the places near the washed-up shore should be fished, even if there is a bias.

Bream behaves actively in the morning and at twilight. Where there are white nights, you can catch him at night until the very morning – he pecks at such a time best. In the dark, it is less active, and is caught at night only in special conditions. Usually in the period of activity, he goes into smaller sections. During periods of rest, bream flocks usually stand in holes under the slope to the depth, in whirlpools and other deep-water places.

With the arrival of the autumn cold, the flocks of bream become more sluggish and move less and less around the reservoir. They depart to the places of winter parking. On the rivers, they are looking for places with a depth of 4-5 meters or more. It is there that it is worth catching them from the beginning of September and almost to freezing. The bream is sluggish at this time, and it is very important to correctly identify the bite and not be late with the sweep.

Spring fishing for the ring was the most mining, fishermen caught from one boat as much as, sometimes, did not catch and measure. However, in our time, spring fishing is prohibited, as it comes under spawning prohibition. But as soon as it ends, you can begin to catch eggs from the boat in other ways, observing local rules and restrictions, so as not to harm nature. The most active bream of bream is at the beginning and in the middle of summer, then it slightly decreases by August, and in November it practically stops. In the video below, you can safely verify the work of this gear, the main thing is to choose the correct weights and make installation according to the schemes.