Catching pikes on the donkey is an exciting activity, with correctly assembled gear and a promising place, everyone will be with a catch. 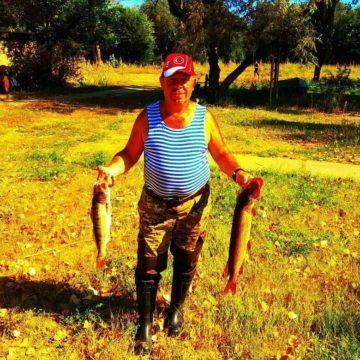 If you ask even an experienced angler what he prefers to catch pike, the answer will be very predictable. The bulk of fans of predator capture prefers spinning blanks for open water. From the ice, fishing takes place mainly on ventilators, the varieties of which are now very much invented. Catching pikes on the donka is extremely rare; not everyone knows this method of capture and applies. What is the essence and what subtleties should you know when collecting gear we get together.

Advantages and disadvantages of catching pike on the donkey

Catching pike on live bait is carried out in several ways, one of which is donka. Few people know about such tackle, of course, and they rarely use it. On ponds you can often find spinning players, a little less often than lovers of float fishing for pike, but donka is not popular for some reason. Tackle has both advantages and disadvantages that every angler needs to know. 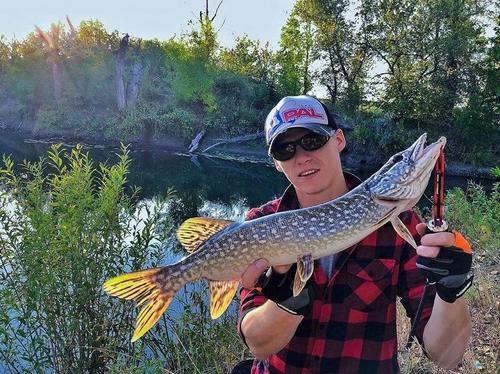 With a correctly selected sinker, the tackle thrown to the right place, regardless of the course and distance from the coastline, will remain in place. Often fishing for pike on the donka is used as an auxiliary method , having installed tackle, the angler goes on more active fishing with a spinning rod or feeder. You can check the catch every 2-4 hours or leave it overnight, the pike that has swallowed live bait is firmly hooked and does not require additional detection.

Equipment of this type can be different, its components are distinguished. Bottom tackle for pike on live bait can be:

Each of them, with the correct collection and selection of bait, will be able to attract the attention of a toothy resident of a reservoir.

Catching pike on live bait takes place with the help of several types of donkeys, each of the options will help with fishing offshore from the shore or from a boat. It is worthwhile to understand that the gear will differ in some components, since the capture occurs with certain differences.

For fishing from the shore

How to make a donkey on a pike on their own, many do not know, however, collecting this tackle is very simple.

There may be several options, each of which we will study in more detail:

As bait for all types of donks from shore to pike use live bait.

For fishing from a boat

Often, fishermen use various watercraft to improve fishing results, this will allow for more accurate casting and fishing over a larger area of ​​the reservoir. To catch pike with bottom tackle from a boat, only tackle on a feeder rod is used. The rest cannot be fixed on the sides or this will cause some inconvenience. The feeder gear is assembled according to all known standards, a live bait is caught on a hook, and in the late autumn, just before the freezing, lump fish. Having abandoned the donka, it’s better not to waste time in vain, armed with a spinning rod, the fisherman carries out a round-up of the surrounding area on artificial baits.

Advice! Fishing with a feeder is also possible, but in this case only live bait should be on the hook.

The subtleties of catching pike on the donkey

As it turned out, a donka on a pike with its own hands can be mounted very simply. But to collect tackle is not enough, for successful fishing you need to know where to put the installation, and where it will be useless, this is the main subtlety of fishing.

To successfully catch pike in a pond, you need to know the topography of the bottom, it is advisable to install tackle near:

Properly planted live bait will definitely become the key to success, for this they use single hooks, doubles or tees of good quality.

Experienced fishers know many secrets of capturing a trophy pike with this type of gear, but a beginner needs to get this knowledge on his own.

Here are a few tips that will surely come in handy for every fishing enthusiast:

The rest of the subtleties of fishing have to be studied independently, experience for this matter is very important.