Whoever has never held spinning in their hands the name itself vibrotail sounds funny enough. For completely inexperienced anglers who just try themselves in this hobby, we will tell in more detail about this bait.

Vibro-tail for pike is a silicone bait of different sizes, which when posting almost completely simulates the movements of a live fish. They come in different colors, sizes, sometimes even the shape of the body is different.

Combine them with such characteristics:

In all other respects, bait among themselves can be very different. Now many manufacturers additionally make flakes, tentacles, special-shaped incisions on the body, which will attract the pike even more.

Interesting! Vibro-tail is also called a ripper, many manufacturers precisely this name and indicate the packaging. 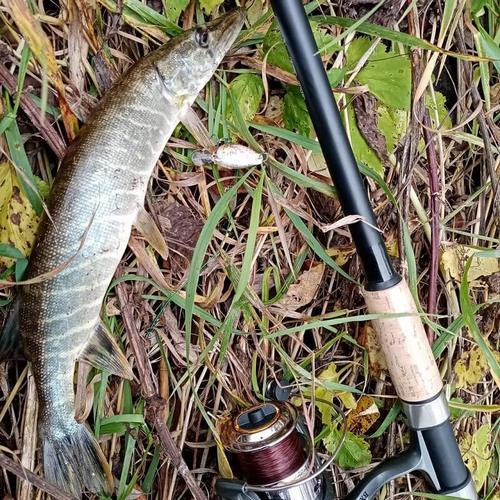 Despite the fact that now there are many different new products on sale, it is silicone vibro-tails that are popular. According to statistics, this silicone bait is always in the top three of the most catchy artificial bait for catching a predator and pike in particular.

The subtleties of choosing a vibrotail for pike fishing

It is not difficult to choose vibro-tails for a pike, the main thing is to know the characteristics of the catchy options. It will not be difficult for anglers with experience to cope with this task, but for a beginner, the concept of the best tailed tails on a pike is very vague.

Among the wide variety of this bait, you need to decide and buy those that will definitely catch. To do this, you need to know some secrets of choice.

The main selection criteria are: 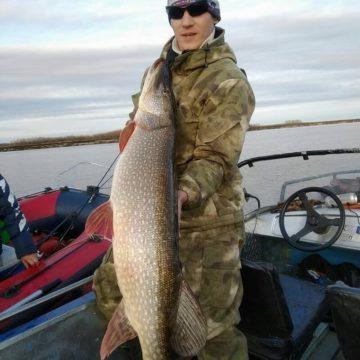 All the rest are secondary, which means that it’s worth paying little attention to them. Next, we dwell in more detail on each of the main characteristics.

Which vibro-tail in color to choose, each angler determines independently. Here, many rely on personal preferences and they, as it turns out, are right. General rules for the selection of silicone, which will catch in the pond, can be represented in the following table.

In order to select the right colors, you first need to study the feed base in a single pond, for example, if a small burbot prevails in pike in the diet, then brown color will work best throughout the year.

Experienced fishers argue that when choosing a vibratory tail for a pike, they rely on the activity of a predator. Large baits will help attract the attention of a toothy resident in the autumn. In the summer, smaller options for bait are selected for the pike, because everyone knows that at high temperatures and at low ichthyogen metabolism is greatly slowed down. They hardly eat, even a fish passing by the mouth itself may not be of interest.

Wrong is the opinion that large baits are used for large pikes. During the period of the spawning zhora and in the autumn, a hungry pike will throw at almost everything, it is not afraid of fish, which are only 1/3 less from themselves.

In addition to these two, a third distinctive factor has recently appeared – edibility. Vibro-tails for this type of pike are often used, but high efficiency has not been noticed. Sometimes, in the complete absence of nibble, such models help out, more perch and perch react to them.

Catching pikes on a vibrotail is impossible without proper equipment, so that a predator is caught and a hook is needed. Silicone baits are equipped in several ways, but each fisherman decides which one to prefer.

This option is considered the easiest snap, it has been used for a very long time. In addition to the silicone bait, the jig head itself is taken, which is a hook with a long forearm and a round load soldered into it.

The weight of the sinker can be very different, but the length of the hook should be chosen carefully. The size of the vibro-tail will be important, if the jig-head is applied to the silicone, then the hook should come out at the very end of the body.

The transition from the weight to the hook should not be smooth, there should be a so-called spike that will not allow the silicone to slide. The best option is jig heads with a “skirt”, as they are called several rows of deposited lead, which will hold the bait more firmly.

This installation is used relatively recently, its main advantage is that the fish plays much better. Not only the bait tail works, but the whole body.

Usually simple models with round sinkers come on sale. Now they produce many different cheburashka, which I would like to dwell on in more detail.

Installation refers to a movable version with a split cheburashka. The rogue has an elongated shape in the form of a fish head.

Such a model can bypass almost all obstacles on the way:

The peculiarity of this load is that the ears that connect the hook to the sinker are ideally hidden in lead. Due to this, the number of hooks is reduced.

Catching on equipment with a double is recommended for cleaner areas of the reservoir, since with such a hook the probability of hooks increases several times. The advantage of snap-in is that the notch of fish occurs almost instantly. A predator will definitely not be able to fall off.

Use special double hooks with an extended forearm, they are usually wound from the back. That is, the silicone is pierced on top of the body with a loop and displayed on the face. Detachable cheburashka of different types and weights are used as sinkers.

Silicone tee is equipped as follows:

Sinkers are mainly used collapsible, except for the second installation option.

Any of the above installations will work perfectly only with step wiring.

What does it take to choose the weight of a cheburashka or jig based on the characteristics of the reservoir:

An important indicator will be the time of year, it is worthwhile to understand that the slow fall of the bait is more to the taste of a passive predator, and a more active one is faster. This factor largely depends on the load, the larger it is, the faster the bait will sink.

The choice of silicone lures in the distribution network is now very large, many companies produce their exclusive models. However, as practice shows, most continue to catch on time-tested options.

The most catchy are the tailed tails from such manufacturers and such models:

There are other worthy manufacturers and models, but it is these ten that are caught everywhere and always.

Catching pike on large rubber or on a small size bait will bring success if the color and equipment are well selected. But you should not strictly adhere to the established rules, experiments in this case are only welcome.

Vibro-tail for pike is considered one of the most successful artificial lures. Spinning fishermen appreciate it for its excellent game and accessibility, everyone can purchase an arsenal of lures for any reservoir using at different times of the year.