Is it possible to catch roach in December? This question is asked many novice anglers. Of course it was, because roach is caught not only in the summer, you can catch throughout the year, not counting the period when the fish go to spawn. 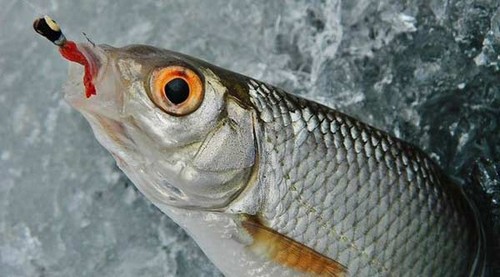 Fishing for roach in December

The influx of the roach, when ice fishing occurs on the first ice. Typically, this is the first ice forms in November and here is the time to catch roach. But in November, the ice is still too thin to walk on it is dangerous, you can fall and drown. But in December the ice is already becoming the most strong, the walk is not so dangerous, and roach continue to be caught.

A period of intense biting roach usually lasts until January, and there is a period of gluhozime and the intensity subsides. But how to catch roach during gluhozime, talk to you later in subsequent articles. And now let’s talk about the December fishing for roach.

Where to look for roach in December

Where do you start? Of course, first you need to find the Parking lot of the roach. Roach is a fish which feeds mainly slime and seaweed. Roaches in summer, spinning off the coast, where most of the vegetation, but then, everything is clear, the water is warm and the fish can be anywhere in the pond, but now, in winter, on the banks of the roach could not be found.

In December, the roach moves at depth, may spin in the district of wintering holes, and maybe on a flat day, but in those places where the depth is not less than two metres. But if you decide to fish at great depths, it does not mean that one hundred percent roach there. As has been previously said, this fish feeds on aquatic vegetation, so you need to seek the deeper places where there are Islands the vegetation. And it would be better if just the bottom is overgrown with dense algae. There definitely lives a roach in the winter.

Tackle for catching roach in December

With the destination decided, like the fish found, now need to sit down and catch some, but more. So I think many experienced anglers. And experienced fans of roach will laugh and say, what are you naive. The place you found, but it still should be able to catch roach. This fish is very capricious before gluhozime, and indeed the roach behaved not quite adequately under the ice, ice it’s a bit confusing. Summer, of course, it is easy to catch, stumbled on the pack, then starts biting, and in the winter it is not so, it has its own tricks. Not knowing which, do not get the expected result and go home without a single fish.

When fishing for roach on the over suggest to read the article about catching the helicopter on the river.

A float rod for roach in December

The first trick is the tackle that you want to go for a roach. The rod itself should be small and practical, the most suitable option, – balalaika. Tip of the rod needs to be long, but it is extremely thin, it will give tackle sensitivity.

The tip is short, but the pointer should be long, at least ten centimeters. If a pointer is in short, the game is the bait is not sufficiently smooth, the jig will make uneven spurts and then bite you will not wait. With the rod all clear, now let’s move on to the line.

The line color and size

Put the line no more than 0.12 mm, besides try to set the line color, choosing the color of the water that it was almost invisible in the water. If roach will see the line, all consider day lost. At the sight of the scaffold, the whole flock immediately shifted to another place. Here’s the proof about the winter of inadequacy roach.

Baits for catching roach in December 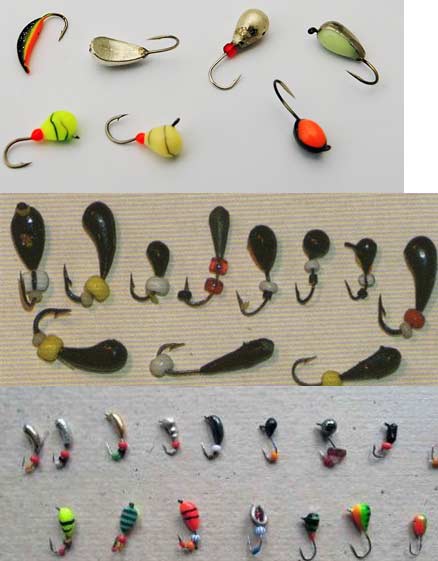 As baits for the roach are using jigs of two types:

Well, to explain, probably not worth it, what is the other types. This probably already familiar to all anglers, even the most avid. When fishing for roach on the attachment jig is to put the bloodworms or maggots, the worm in this case will not fit. The jig should be as light and small as a roach in the first place enough small bait.

When fishing with a nozzle you can play the jig, you can just leave it, barely touching bottom in real condition. Approximately five minutes ‘ do not disturb snap-in, if there is no bite, you little tease fish, weak game.

In fishing with a baitless jig, snap-in, do not leave without movement. It should always provoke roach. The first jig is lowered to the bottom, then begin very slowly to raise, accompanying easy smooth game. 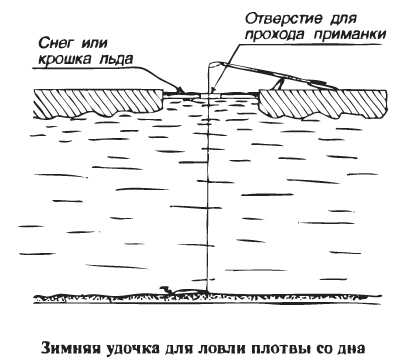 You can raise to a height of one meter, then back down to the bottom and repeat all the manipulations in the same sequence, waiting for a bite. Waiting for the bite, look closely at the pointer not to miss.

The bite of a roach is very weak that it can’t feel even when using the most sensitive fishing rods. If the rod lies motionless, when the vole roach pulls a pointer, it indicates that you need to strike, the fish took the bait in his mouth.

If you’re playing bait, then the bite to see even more difficult. During the game happen the same fluctuations in the gatehouse, but as soon as the bite occurs, one of the fluctuation occurs not so usual amplitude. Here you need to do the cutting.

Tips for fishing for roach in December

Well as for playing fish roach, then there is unlikely to be a problem if only she did not have time to get the lure deep into the water of vegetation, but this usually happens if you overlook the bite, and the fish manage to swallow the bait. And so, this fish is not particularly strong, and does not reach large sizes. Its weight does not exceed one kilogram.

To catch the roaches should be in a quiet windless days. It’s not because fish windy weather dislikes, but simply because the wind will swing the pointer so smooth it does not, this is unacceptable for roach. As for cloudy or clear weather, the difference is practically small. In Sunny weather, roach bite a bit more, but in cloudy worse. The most active December roach observed in the first half of the day, after dinner activity is reduced and the catches are not as successful.

Another little trick that allows you to increase the impact of fishing is the size of the hole. Try to do ice little hole, so as not to scare the fish. And don’t sit in areas where the ice is transparent, the fish will clearly see you and peck will not. Although, in December, transparent ice where little seen, it has a lot of snow at this time, but still remember about it. In December maybe this fact is not useful, but at the November fishing there’s less snow and ice cleaner.

Now you are aware of all the tricks of catching roach, you can safely collect the necessary gear and run to the water. The result has to please you, if you do it right. And remember, don’t realize that fish do not bite, she is always biting, you just need to find the right approach to it.