The predator was caught on the seine in ancient times, in our days this tackle is known only to the elite. It is classified as a passive type of fishing, the seine is collected, set up and checked after 2-8 hours. A simple hook tackle consists of a base onto which a sufficient number of leashes are attached. 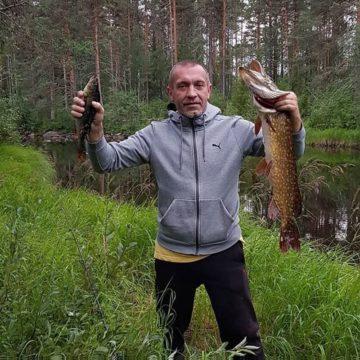 Making a seine for a predator with your own hands is as simple as possible, and even the process of fishing will not complicate anyone. It is worth remembering that a lot depends on the quality of the gear, it’s not worth saving on components.

Pike fishing in water bodies is carried out by different methods, most recognize spinning, donk, and girders. Float tackle is less popular, but modern anglers know very little about the seine. What kind of gear is this? What is included in its composition and how to use it?

This tackle is not allowed everywhere; during the spawning period it is strictly forbidden to set up seine on any reservoirs. The rest of the time before you go fishing, it is advisable to find out all the information about it. In some regions, fishing with this method is possible, but under certain conditions.

The subtleties of the process are as follows:

Properly assembled and exposed in the right place tackle will help to catch a pike of a decent size in such a simple way.

It is difficult to find such tackle as a seine in free sale, it is not put on the stream, since in some regions it is considered poaching. Most often they catch on a seine, assembled with their own hands, but not everyone can assemble a quality one. First of all, you need to find out what goes in there, choose all the components correctly, and only then go to the pond to try.

Advice! Experienced fishers recommend not saving on components for a seine, it’s better to pay a little more expensive, but in the end to have a tackle of excellent quality that can withstand trophies of different sizes.

Before you make a switch to the pike, you need to select the components. To do this, consult with more experienced anglers or search for the necessary information on the Internet.

And so, for a seine you will need:

Do not forget about the reel, it is on it that the assembled gear is wound for transportation or storage.

The characteristics of the components must be good, namely withstand significant loads. More details can be found in the table. 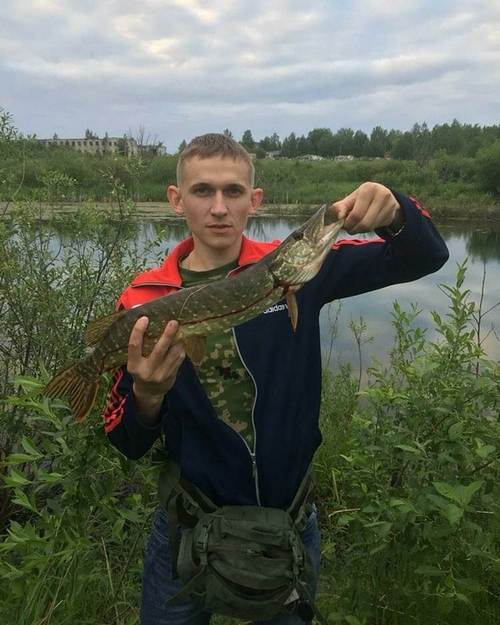 It is easy to assemble a seine, for this, swivels are mounted at a distance of 0.5-1 m on the basis of, which can have different lengths depending on the reservoir,. Leashes with a hook on one end and a carbine on the other are knitted separately. The length of each leash can be different, 50 cm and 1.5 m can be made on a single seam. A sinker can be one, it is fastened in the middle of the seine or smaller options are put along the two edges of the tackle.

Advice! Only the base is recommended to be wound on a reel; leashes and sinkers are made removable for ease of collection and transportation.

The outcome of fishing depends on how the seine is set. An improperly performed procedure will become the main reason for the lack of fish, and the tackle itself can simply be lost.

They put up seine on rivers and lakes, even small bays often bring good results.

Usually this process is carried out together:

Previously, hooks with leashes are attached to the base and bait is planted.

On lakes, a seine is installed along the line of vegetation; on the river, tackle should be across the course.

Interesting! Small seasons are simply thrown from the coastline. In this case, fishing will be more similar to catching a predator on the donka.

Fix the tackle either over the bushes. Or for previously clogged pegs in the coastline.

A lot of things are used as bait for the seine.

Depending on the season, water temperature and the desired trophy in this case, apply:

It is to these options that the pike will be able to perfectly respond.

The subtleties of fishing on the seine

Fishing in this way is considered passive, in addition to this method, you can go away with a spinning rod or float rod . Often they put up a seine in the evening and do not touch it all night, but in the early morning you need to check the tackle, there will definitely be several options for catch.

You can exhibit in the morning all day in cloudy weather, but you only need to check immediately every two hours. If there is no catch, the intervals can be increased up to 4-6 hours.

It is worthwhile to understand that in the summer heat it will be difficult to catch a pike on a seine, large individuals lie in holes and practically do not feed. It will be problematic to stretch the tackle under the ice, but some manage to do it and their results are not bad. But nevertheless, the seine is popular for pike fishing in the spring and in the fall.

Real experts distinguish several varieties of this gear. All of them are very similar in structure, but they also have distinctive features.

There are such selections:

The collection method for everyone is exactly the same, but the depths can be adjusted with the applied load.

Who else can be caught in this way

You can catch not only a pike on a longitudinal seine.

Depending on the depth of the tackle, which bait is used, the hook may include:

The main thing is to make the tackle stronger and check the catch in a timely manner.