Catching pike in March can bring different results and this in most cases does not depend on the skills of the fisherman and not on the gear used. Moody weather at the very beginning of spring often makes adjustments to the plans of fishing enthusiasts, and certain prohibitions on catching water may not play into their hands. 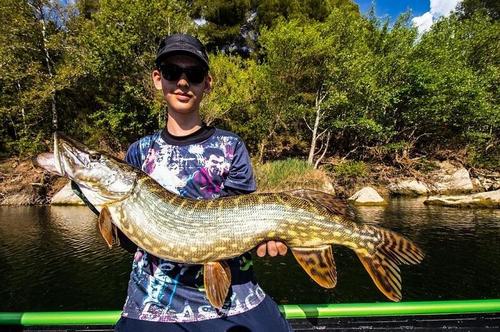 The weather is not an obstacle for real fishermen, they go to their favorite pastime in any weather. Spring sorties with tackle often bring good fishing results, but complete absence of bite is not rare.

Before you go to a pond for pike fishing in March, you should study some legal acts . The general ban on catching toothy predators in the Russian Federation is valid from January 15 to February 28 , and spawning begins from the end of March to the beginning of April. But there are bans that apply only in certain regions.

It should be understood that not knowing the law does not exempt from liability.

Depending on the vagaries of the weather, pike fishing in March can take place:

In this case, the gear used is completely different. The result of fishing in early March and at the end in most cases depends on whether the predator spawned or not .

Where to look for pike in March in ponds?

It depends on whether the ice has melted or not:

It was during this period, namely in March, that the pike spawned. Most often, females just before this period and immediately after it do not react to any bait. At the same time, large fish spawns immediately, after it medium-sized individuals and small pike complete this process. Caught on the hook at the end of March, most often males. 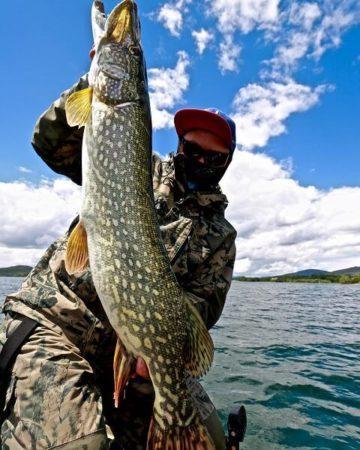 In March we found out how the pike behaves, where we also know where to look for a predator. But what gear are used to capture her during this period? What does it take in March on the river and in the lakes? It all depends on weather conditions, or rather, on whether the ice has come off or not.

In March, catching pike from ice takes place in two ways, each of which can bring a good result. Some anglers use two methods at once and get more results.

From ice catch a pike:

Tackles are collected independently, for each type of fishing they will be individual.

To equip the fan, each one chooses their own components, but the general indicators can be presented in the form of the following table.

Additional accessories are put in good quality, because it is precisely in the spring thaw that trophy specimens of pikes are often caught precisely on the vents.

It is also not difficult to equip a fishing rod, for this you will need no more than 15 m of fishing line, its thickness should not exceed 0.2 mm. Most anglers don’t put a leash on this type of winter gear , they spin the lure directly to the base using an additional carabiner with a small swivel.

Additionally, a nod is set on the whip, with the help of which the game is played with bait with the required amplitude.

At the end of March, in most cases, pike are caught already in open water; for this, several types of gear are used. For capture use:

Other types of equipment in spring in open water are less effective.

The nibble of pike in March depends on many indicators, the lures will be in the top five root causes. Do not neglect the choice, the selection of bait should be treated responsibly.

Depending on the type of fishing and its location, preference should be given to such options:

Sometimes even a worm can attract the attention of a pike to a bobber, but this is more an exception to the rule than a pattern.

The subtleties of fishing in early spring

In March, it became known where to catch pike; popular baits were also studied. Now we will open the veil of the subtleties of fishing, they are known only to experienced anglers.

Will a pike in March want to try the bait offered to her depends on many factors, her behavior is influenced by:

In addition, the place of fishing is important. To always be with a catch, you should know such subtleties:

It is not always possible to strictly observe all the desired indicators, but you should not be afraid of this. Nobody forbids experimenting, sometimes it’s not a standard approach that can bring a very good catch.

You can catch pike in March, but not everywhere. Before you go fishing, you should ask about the prohibitions and restrictions in the selected region for a hobby.