Grass carp fishing in the spring is the most popular and effective method of catching this big and strong fish. Many fans float fishing I will say that it is not, but it is proven empirically. In this article we will try to reveal all the subtleties of fishing ground tackle. 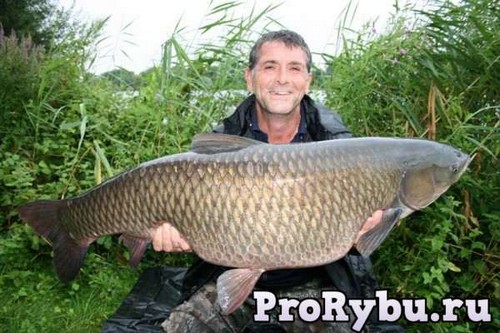 It’s no secret that Cupid is pretty hard to catch, because he’s pretty smart and very strong. Yes, small Amur can be caught on worm with the usual poplavochny, but for large Cupid needs a different approach and a lot of effort.

As mentioned above, the fish are quite intelligent and cunning, very often, even experienced fishermen left empty-handed. But if you choose the right place to catch a Cupid on a spring, to choose the right tackle and appropriate bait, then it is very likely to go home with a normal catch.

The choice of location to catch a Cupid on a Donk

The most important thing to choose the right place, because the chances to catch a fish is only those who stand where needed. Cupid inhabited all ponds by artificial means, as it multiplies only in the river where no further moves. White Amur need warm water to breed, and in the middle zone of Russia, Ukraine and Belarus, warm reservoirs is very small. Yes, that’s why in the middle lane Cupid populated only artificially.

This gives the owners of ponds for paid fishing privileges, so as often to find Cupid can only be there. The small ponds need to select a place to catch a Cupid on the ground abruptly disappears, since he’s almost everywhere. But with large reservoirs out certain problems, there is need to look for a promising place because Cupid is not evenly distributed across the pond.

In one place Cupid could only detain food if there’s none there then it will move around the pond in search of food. This leads to the fact that who feeds and catches. Highly recommend good place to lure for catching Amur.

Because grass carp are very careful to characterize the fish, the closer the bait is to the shore the less and be careful he bites. If possible, it is best to throw the bait far away, there is Cupid not particularly picky about gear, but the bait must suit his taste, otherwise it will not catch.

Closer to shore, the smaller will be the size of fish caught is the need to understand and accept this. Therefore, in order to catch a big Cupid can throw. Of course the size of fish caught also largely depends on the bait, but about it later. Often seen large fish near the shore, presumably Amur there are looking to eat cane, but at the sight of the people immediately goes into depth. Well, the younger the fish, the “stupider” and less cautious. 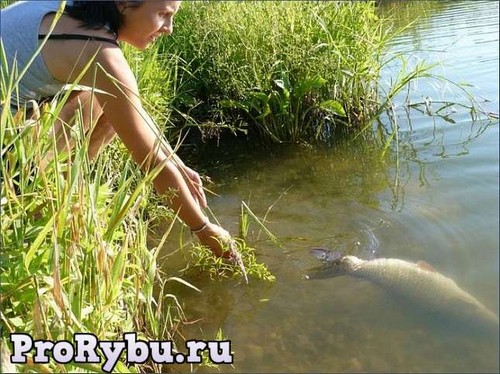 A great chance to catch a big Cupid you have when fishing in narrow waters. If it turns out to throw the snap under the opposite shore, throw, the probability to catch a big Cupid there is a very large. But such a chip may pass only if the opposite Bank is free from fishermen. You should give preference to places with abundant vegetation, near the reeds and bushes, the probability of catching a large carp is very large.

Make a murky cloud of bait on the bottom will lure fish to the fishing spot. And you will only need to give him an attractive head with a sharp hook.

To summarize: the choice of location for catching carp on the Donk largely depends on the location and abilities of angler, the most promising sites may be: the opposite shore and near the thickets of reeds and bushes.

Bait for carp boom among fishermen, and this rustling is justified. The choice of bait age-old debate of fishermen, experienced and not. And the main reason of these disputes is the personal preferences of grass carp. The choice of bait depends largely on the characteristics of the reservoir. And that’s because in one pond carp never pass one bait and the other on the bait at all did not pay attention and there is a huge amount of controversy. For example, my father thinks best bait to catch a Cupid cucumber, and uncle, constantly catching other water bodies, argues that cucumber he never takes. And such differences occur only because they are caught in different waters.

Even if a rough idea about the preferences of the Amur in the selected reservoir is not present, here can help only experiments. Sometimes bait can surprise the fishermen, and sometimes to be quite familiar. Tell me please, many of you have ever caught a fish on a cucumber? I think not, and in many reservoirs of Amur prefers his alone. 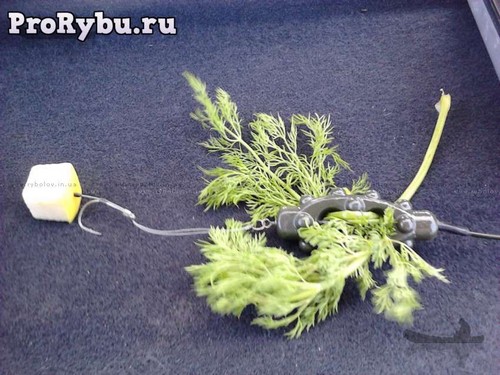 Here is a list of baits to catch carp on the Donk:

And this list is not exhaustive, it’s just the most effective bait, checked on personal experience. They are all effective, but only on certain waters, your waters they may not even fit, so you should always pick a bait empirically. It’s pretty simple and many do a good job with the first fishing. All you need to catch carp is to be patient, to choose the right time to catch carp, place and pick up the bait.

Time for catching carp on the spring

Carp loves the warmth and activity of his power is completely dependent on water temperature — the higher it is, the more fish. There is one but, just in the peaks of activity of the fish, often this summer, the natural forage base of the Amur river full. And make him eat your bait is a little daunting. Therefore, the best time for catching carp on the spring is the time when natural vegetation is already or even a little, but the water is already heated. Cupid begins to be activated when the water temperature reaches 16 °C. 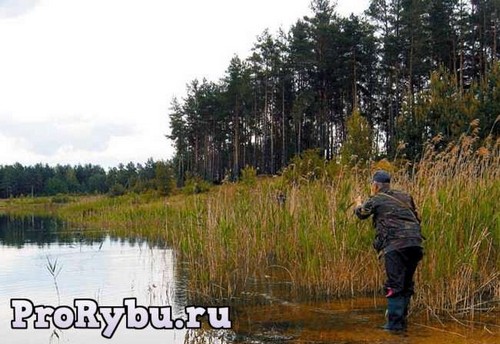 And starts catching Cupid in may and ends around October. It is now considered the optimal for catching Cupid, but we know many fishermen who fish the Amur and winter. But sometimes Cupid even at the temperature of the water doesn’t pay special attention and seeks to eat it, even in cold water, in the absence of natural forage, and sometimes it’s two occasions when he has not grown after the winter and when it is not usable before winter.

Well, the best time of day for catching grass carp, but like many other fish is considered the morning. Just in time for the morning drops the proportion of large fish caught in the morning and the bite of the Amur the most stable. Morning activity the most stable, but the night of the Amur river are also caught and quite successfully. Sometimes Cupid does not bite, but if they did bite, then bite with confidence, fishermen believe that his uncertainty and caution is dulled at night. But all morning without a bite harder to stay than at night.

The afternoon and evening of Cupid, too, can catch, but it’s a bit more complicated. The important thing to choosing the right bait and the weather helped you.

Fishing of Amur in the Donk

For catching carp on the Donk it is best to apply solid and proven rod, perfect carp, but can be another the main thing that you were confident in its strength. If you catch another fish, the Amur is also sometimes skips, but usually very shallow, but when directed fishing for this big fish you need to be fully prepared for the capture of a large instance.

All those who think brand-name, expensive fishing rods the best in the world, are wrong. You can catch big fish on a cheap stick. I have his fishing experience of dozens of large fish, including Amur caught on cheap and world-famous “Crocodile”.

But the cheap gear has many disadvantages, and main is the range of snap cast, after all, the stick allows you to throw the bait at times farther and much more accurate. Low distance fishing may cause decrease in the number of bites.

Well, less noticeable, but still negative — is the largest fish of the Amur river. With spinning, no problems arose, but to get the 3-pound fish on the Crocodile was quite difficult. Here the attenuation of cheap spinning did not help and it seemed to me that at the other end of the line sits the diver tied to a tree. But that is one cool, because the sensations are quite different and even relatively small fish can be excellent to compete.

To catch a Cupid on a Donk with a trough I had no time, and I noticed he pecks at it much less often than the hair snap. Surely all the matter in the trough, so here’s a tip: liberally lure the fishing spot and remove the feeders from the gear, so they don’t frighten the fish. 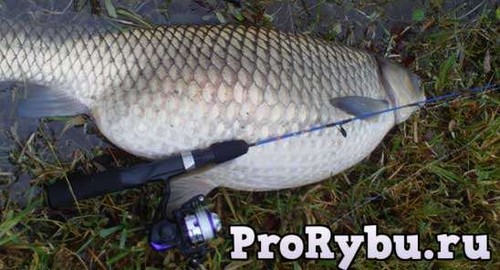 We tried to do long leashes and leave the feeder, so — it works. Only here is to use tackle with a single hook if two hooks to place on the two-foot leashes that they will continue to get confused and to interfere with fish fish.

Yes there are two, very often confused and one hook, and this leads to the “dead” waiting fish. To avoid this it is best to lightly stick the hook to the feeder during the cast. After falling into a water-soluble bait and the hook will fall off on their own.

Optimal snap-in for catching carp on the Donk: