Burbot is a predator that has a color specific character. This fish is very cold-therefore the end of the spring is the last month before the summer season when you can still catch burbot. With the onset of heat and rise in temperature of the water in the pond, fishing for burbot in may eroding. Burbot ceases to be active and goes into hibernation, which lasts until Oct.

What is the burbot in may 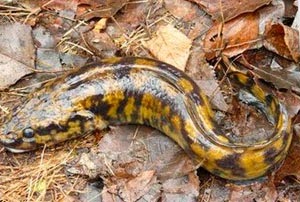 The weight of burbot may reach 25 kilos, and its length can be up to one meter. Burbot, due to the unsurpassed taste of his meat, enjoyed great popularity among anglers.

The meat of this fish does not contain bones, and her liver to treat the delicacies. It should be noted that the burbot is the only one of its kind representative of the cod family, which lives in freshwater ponds.

Where to catch burbot in may

Burbot is quite tricky fish, so to find its location in the reservoir can be difficult. He prefers places that are liberally littered with all sorts of aquatic vegetation in large quantities.

Burbot in may looking for those places in the pond, in which there is clean and transparent water. In most cases, such places are areas where one river flows into another, or near springs, where there is a large number of stones on the bottom. 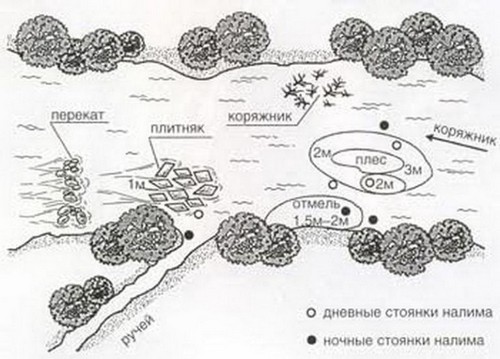 Due to the fact that burbot relates to a cold-type fishes, he gives preference to large depths. Only during the search for food, it appears in the district the coastal strip of the reservoir. Favorite places in the pond for the fish are those areas in which there is reverse flow.

To fishing for burbot is possible to start almost at the beginning of spring when the surface goes past the ice. The best time to go fishing in search of this fish is the first days of may.

It is worth noting that unlike most fish, burbot bite is excellent during cloudy weather, when there is a slight cold, and begins to walk a fine rain. Usually in this weather occurs a trouble free, strong and constant biting.

Almost always the fish are caught from shore. For catching burbot is preferable to choose those places where you without much effort and headache to install gear. But it is best to fish for burbot, which are the bends of the rivers or where the kerb is located near the coastal strip. In the spring burbot usually likes to roam in search of prey along the edges.

Burbot prefers nocturnal life, and therefore his greatest activity he manifests with the onset of night time. A characteristic feature of catching burbot in may is that the cooler weather and the lower the ambient temperature in the night, the better and more active than his bite.

When fishing for burbot in the event of a successful strike, a strike is not necessary. He greedily and strongly takes the bait, so necessary in cutting absolutely no. But to get the fish to shore as quick as possible so she didn’t have the opportunity to carry gear under a snag or under a cluster of stones.

It is worth noting that during the fight with the fish, burbot does not provide strong resistance, however, for its successful capture of still need to use the net. This is because the burbot is a very slippery fish, which is quite hard to hold without dropping.

Tackle for catching burbot in may

Fishing for burbot in may on the Donk

For successful catching burbot use bottom gear. The most effective option is the ground rod with a heavy load and equipped with two leashes. 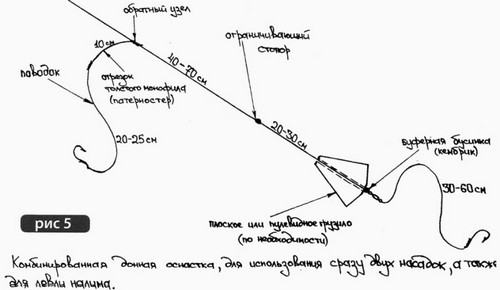 Leashes must bind at different heights. The first leash tied above the load by about 25 centimeters, and the second record at the end of the line. The leash length should be in the range of 10-15 centimeters.

For catching burbot is not necessary to use a large diameter line. Excellent choice for the capture of this fish is a durable monofilament of small thickness and a diameter of 0.4 mm. When fishing for burbot in areas with strong current, it is necessary to remember that the current can affect these parameters of the cargo, weight and type. Therefore, it is possible to use not only the usual goods, but also sinker sliding type, the weight of which ranges from 45 to 120 grams.

In addition, to catch burbot should use a semi-donkey. They are a rod whose length is 4 meters. Semi-donkey equipped with a coil and fitted for a more comfortable fishing capacity rings. For catching burbot with a tackle used fishing line with a diameter of about 0.3 or 0.4 millimeters. The length of the line which must be wound on the spool is about 25 meters. The sinker should be used moving type, and in order to avoid being carried away by the flow of water, it must be flat.

When fishing for burbot by using a semi-donkey to do the casts at long distance is unnecessary. It will be enough to carry out casting at a distance of about 5 or 10 meters from the shore. You must try to get to the place where it borders the water flow and brow.

Catching this fish at night is radically different from fishing for burbot during the day. So at night this fish is best to fish with feeder rods.

The length of such tooling must be about 4 meters, and the upper test should be no more than 40 grams. Before catching burbot at the feeder in may, carried the bait where you plan to catch.

Sakorn usually do not more than 3 times, and then proceed directly to the fishing of the fish itself. The bait can be made independently in house conditions. As ingredients for the preparation of such a mixture are chopped worms and barley. Also during the manufacture of the bait can be added to the attractant.

To catch burbot in may

In the form of bait worms should be used, in some cases, the cut fish. It should be noted that as bait is permissible to use salted fish, such as sprat or anchovy.

If the place of fishing burbot with bait worm actively attacking fish such as a fish or a bull, you should use as bait exclusively dead fish. Perfectly in the role of bait will perform the same ruff or bull.

When fishing for burbot on in may on half-donkey, they need to put a small distance from each other. This way the gear is necessary in order to be able to simultaneously monitor the bites of all of the used for catching fish a snap.