August is the time when fish aktiviziruyutsya after a NAP in the warm water. Carp is no exception. It is a desired trophy for each fisherman. Fishing for carp in August is different from fishing in the early summer, more confident bite, continuing the whole day, as well as more significant trophies.

Features carp fishing in August on the float rod

Behaviors and carp fishing in August:

Where to fish on the float rod for carp in August 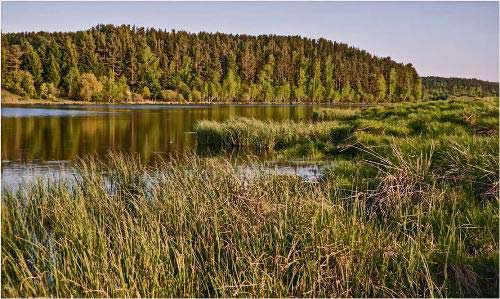 Habitat carp are known to many:

If the goal is to catch carp on the float rod, choose a place where also a few other fish. He rarely departs far from the shore and avoids open areas. Prefers to keep near aquatic vegetation — algae, slime, reeds, bushes of cattail.

What bite carp in August

The most versatile nozzles for carp in August:

Barley, wheat – these nozzles, immersed in boiling water, also used for fishing carp in August. Besides cereals tossed in as bait. Balls of bread and pasta – these nozzles should have a fisherman, going to the lake with float tackle.

The worm can be replaced by a maggot, but for carp in August, the worm better. Fishing porridge will require delicate tackle, and it’s easy to devour the little thing. Barley — an excellent nozzle, but not always and not everywhere works. Going for a carp, you need at least these nozzles. Depending on the body of water, carp can be caught on other nozzles, which is attained from experience, but you can ask other fishermen.

Fishing for carp on the float rod the best way possible. Usually have to catch where a lot of grass, often in artificially cleared for fishing Windows. Great length of tackle is required. In August it can be captured at a distance of 3 meters from the shore, and only after the onset of cold weather, this fish starts to leave to the wintering holes away from the shore.

What to use bait when fishing for carp in August

Float fishing for carp are presented in the following ways:

Of these methods are unlikely to catch on the dog — as the crucian carp avoids places with a more or less strong current.

Match fishing rod has several disadvantages. It is the worst managed, if you frequently nibble small carp it is not so convenient. Bite seen worse, some will have to use the extractor to get the small hooks. It is perfect for fishing in the cool water when the fish are already far from the shore. But the familiar faces tackle can be better than others.

The most reliable and proven method — the centrifugal pole. The rod length is taken from 4 to 6 meters. With a long rod to handle heavier. The short rod is used on small ponds, narrow channels of streams and oxbow lakes, where there is a narrow gap from the old bed to the overgrown plants in the shallows. On open ponds of the six flight feathers of the rod will be the most versatile.

Plug – it is better to use in areas fully covered with vegetation, to throw out the window in the water, between plants.

Select the float and the ogruzka for catching carp in August 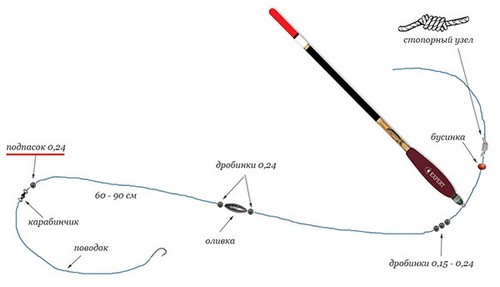 Fishing often occurs in stagnant or nearly stagnant water, near aquatic plants. Best float — cigar-shaped, with a sinking keel, weighing 2 grams, from balsa. To put a lighter float should not be — as fishing in close proximity to aquatic vegetation, in a strong wind is likely to catch the gear for it with an uncontrollable light float.

The float is too heavy to put also is not necessary. Only use the floats from balsa with a weight of 4 grams is when there is a heavy load to penetrate a layer of duckweed on the surface of the water carp under it loves to stand. Ogruzka is applied concentrated at one point — this breaks the water vegetation is best.

In other cases, put two or three weights — one is a shepherd boy on a leash, second and third slightly higher. Only makes sense only when the bite is very cautious and is afraid of the fish to take the bait. It usually happens when you takes small carp. Too much weights will be confused, harder to cling to the grass, they will retain more of Tina and ogruzka float would be violated.

Agregate to float better as much, so you can see only its very tip. In this case it will be clearly seen even the most cautious bite, and well orogeny the float will not have any resistance. 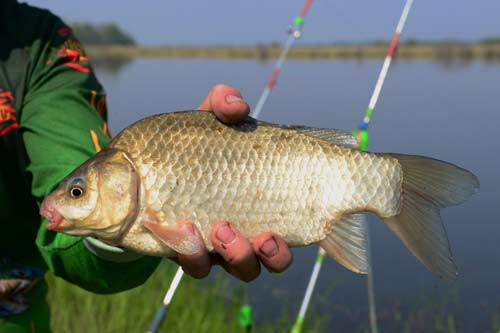 How to choose a hook for carp

Use hooks number from 10 to 14, or according to the Soviet classification — from 3.5 to 6. Granulate is not necessary — the carp is big enough and soft mouth covered with mucus. Too small a hook will not hook the big fish.

The shank need medium or short. Better to use zatsepistye wide hooks with short shank and a spatula, especially when fishing on semolina. These hooks cling to the fish well, and for the spatula when mounting to keep the nail easier than a ring or a long forearm with your fingers.

The main requirement for the hooks — they should be sharp. Fishing is not superfluous to take the diamond needle file to under point.

If fishing occurs on the flywheel rod, a reel is not required. If caught at Bologna, which is used as primaries for lack of separate — and leave the old coil. Same for match fishing you will need a reel with a large gear ratio and a good winding, so you can quickly podmochat forest and perezapustit, and to avoid any problems with discharge of thin fishing line to untangle it.

Line for centrifugal rods used 0,12-0,2. To put thinner there’s no point at the toe for aquatic vegetation is thin, it will be impossible to release with a jerk. And fishing for carp in August, weighing more than 500 grams is quite likely. But too fat to put not worth it — it will lead to a hard tackle, the influence of wind on the cast, the need to deliver a heavier float and sinkers, etc.

Leash use from 0.1. to 0.18. Fishing line it is advisable to take soft — carp feels good mouth hard and thick line on a leash, than it will be thinner and softer — the better. Again, the jerks carp strong enough to granulate with the leashes is not worth it.

The length of the leash is taken based on the conditions of fishing. Fishing when the nozzle is at the bottom, would require a leash with a length of 20-40 cm when she “knocks” on the bottom of 20-50 cm, for catching the not-too-cautious fish you can put a leash from 5 to 20 cm can be called Universal leash length of 25-30 cm.

Carp are very sensitive to the bait. To bring him to a certain place with good, flavorful and hearty bait in August with only a small reservoir, and the fishing will become really sporty and interesting. However, it will only be effective when the fish are relatively hungry.

Another thing — bait. Bait bait different from what creates the visibility of the object to feed, but really they is, attracts the fish to a certain place for several days. Bait is more effective when carp fishing, which has a very good memory and will go to the fishing spot at a certain time in a week after the start of prepaymania.

For bait use all kinds of porridge, mixed with breadcrumbs, bran, store-bought baits. Use the naked bait shop makes no sense, because they are not very high calorie. As bait, use pieces of turf, which crawled prepared for this worms thrown into the water in the shery. Animals additives in bait effective, but a lot of them are very expensive.

To feed a lot of fish just before fishing is not necessary. On the contrary, it is better to throw the bait a little less than usual, so he remained hungry. Cereal is better to throw without adding land and roll into balls. It is desirable that they immediately hit the water and slowly fell down, not stuck in the muddy bottom in the form of balls, forever stuck in it. Very convenient for feeding to use the slingshot, which can directly deliver the mess in the loose form directly to the float, not rolling it round.