February and roach – things are quite compatible. Roach is now beginning to switch to active feeding. But not everywhere it can behave the same way. Fishing for roach in February on the river with higher flow, where the oxygen balance is more stable, the fish are biting quite well, she’s got almost no obstacles for this. 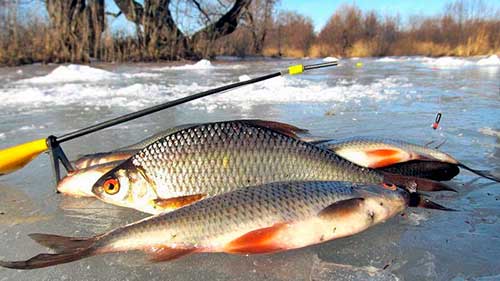 Fishing for roach in February on a jig and float rod

And on reservoirs where the water is stagnant, it hasn’t been oxygen starvation, especially in early February, yet frosts are not released, oxygen deprivation had not subsided and roaches hard from this, so the activity it weak. But still, to find a place and time for catching roach can be and there would be a desire.

Where to catch roach in February

Look for roach to be given a few very important factors. She doesn’t like too cold water, so it fades into the depth, where the water is much warmer. But there is a fish faces another problem, at a depth where there is a warm current, oxygen, usually less. Therefore, roach is forced to stand on the border between the deep and shallow there and look for it.

But to find a Parking spot fish, this is not enough. You also need to choose the right gear, choose the right lure. From feeding too little depends, after all, in February, feed the fish problems, so the most effective use of additional mixtures, which can be purchased in fishing stores in finished form, and can also make your own.

The Feb for roach away tough month in the reservoirs takes a lot of changes. Since February is a warmer month than January (not everywhere and not always), the oxygen balance is just starting to be addressed, so there is a new problem, die, and decompose the algae.

Besides the fact that they also consume much of the oxygen, releasing a lot of carbon dioxide, so even shelter roach become more open. She begins to be cautious, with caution also applies to the snap-in. She should not be rude, otherwise fishing is good can not wait.

As for float fishing and for roach fishing on mormyshka tackle about the same:

Roach fishing on mormyshka in February

Consider the time and place of fishing. If you catch small depths, or in clear weather, the jig may be dark, dull. Roach and such will be able to notice. But when fishing at depth or in cloudy weather, the visibility under the ice is reduced and there is a dark jigs won’t go. 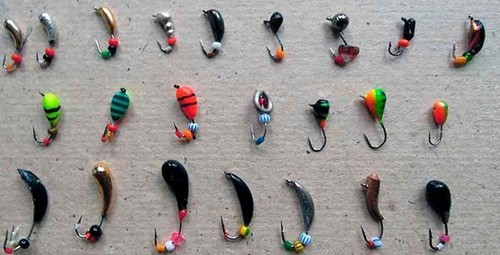 In this case, you only need to use bright jigs. The hooks on the lures needs to be petite, they should not exceed number three. In February catching this fish can be used bloodworms, maggots, worms. But best of all is the Joker, planted at 1-2 (3-4) bloodworms on one hook. But the last bloodworms should be planted so that the stinger hook was securely covered. If the stinger is visible, the small fry may not take your bait, it’s all about the February her excessive caution.

Game jig when fishing for roach in winter in February

Do not forget that for more successful fishing need to make the right play. Roach won’t be found in the upper or middle horizons, it is possible at this time to catch only the bottom layers, no more than 5-10 centimetres from the bottom surface. The whole process is as follows: the jig with bait is lowered to the bottom, then maintained a slight pause, then a quiet smooth jerks, slowly raise the jig up, but not higher than 10 mm. Aged again after a pause, and then it all repeats, while wait for a bite at any time. It can occur on the lowering, and on the rise, and even during a pause. So be ready at any time of posting. 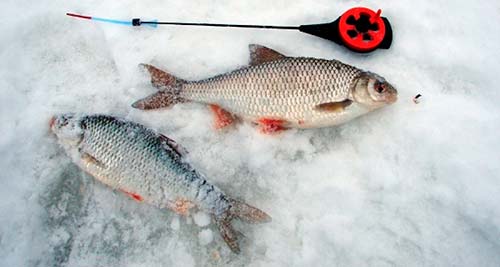 Weather for fishing for roach in February

February roach catching is best on cloudy days when there is heavy snow and is accompanied by a weak breeze. This weather is considered ideal for catching roach in the last month of winter. She will take over the entire daylight until dark.

In Sunny weather roach catch no wonder, if you will, it is a trifle, and even then not always, from time to time. In strong winds the activity of this fish is markedly reduced, so strikes can occur frequently, but they will be empty, serif Pisces is not so much. The number of fish caught will vary significantly with the number of bites in the worst way.