Tackle is a  bottle very few people know, it was invented relatively recently, but it is rapidly gaining popularity. In fact, catching pike on a bottle is identical to installing circles, only the tackle for this is much simpler. 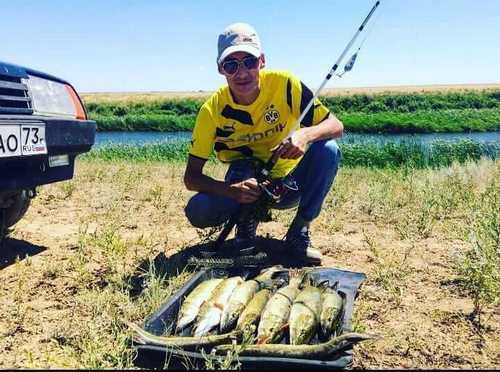 The most successful time for using tackle is early autumn, in the summer the predator will be caught less successfully. Although you absolutely should not refuse to use gear, a successful outcome depends on weather conditions, pressure indicators, the reservoir itself.

Features of the bottle as a tackle are as follows:

It is not necessary to make  fixtures  from home, it can be done on the shore without any problems, as long as live fish is caught.

The bottle on the pike has a very simple structure and components, as already mentioned, even a child can cope with the installation. However, it should be understood that there are two types of gear:

The principle of operation of both options will be identical, but some features in the formation of gear are still there. The equipment gathers from such components:

Having studied the indicators, we can safely say that the installation will differ only in the amount of the wound base. In all other respects, there is no difference in the components of gear. But the subtleties of the collection need to know, and for that, and for another kind.

Fishing from the shoreline

A distinctive feature of catching a bottle from the shore is fixing the gear in the vegetation. Abandoned gear simply tied to the bushes or a tree, which is located on the shore for reliability. The advantage of it is that it is possible to put at night, and in the morning only to check for the presence of the catch.

In addition, the installation has the following features:

Another important point will be the presence of aquatic vegetation, the tackle on the pike should be installed where it is not at all. This will help avoid tangling the bait and base.

Tip!  Such passive fishing often helps out on hikes, halts on the banks of rivers with such tackle will help to get a predator of decent specimens.

To catch a pike with a bottle from a floating craft, the warp is wound less than when fishing from the shore. This is due to the fact that in this case the tackle is not tied anywhere, and the placement is carried out directly in the chosen place, where you can swim by boat.

Tip! For greater reliability, the gear in the neck or the plug itself makes an additional hole, for which they bind the base.

The end of the tackle is a sinker, its weight can reach 100 g, but it must always remain sliding. Masters often use different items that help the gear remain in place.

The leash and hook are attached as standard; for this, it is worthwhile to study the fished depths a little, and only then carry out the installation.

Tackle for catching on the bottle do it yourself

Fishing for a bottle on any pond begins with the collection of tackle. This can be done in advance at home, and you can experiment as early as the coast. Most often this is done in cases where the capture in other ways does not bring results.

To make a copy you need:

The preparatory process is also available: the containers, namely the bottles, are washed well beforehand in order to save them from foreign smells. In addition to the above components, additionally use rubber bands for money, this will help fix the base better.

What fish are still caught in this way

The bottle is used to catch live bait not only for pike, but in the same way another predator can be lured:

But even with this possibility, you can even catch live bait on a bottle from the shore. Installation is made of two bottles, one is cut off the bottom, the second neck in the form of a funnel, and the diameter in the section should be the same. Next, the funnel is inserted into the bottle cut off at the bottom, with the help of awls, holes are made and parts of the trap are fixed with a cord or a fishing line.

The finished product is fixed on sticks at the bottom on the shallows, having previously poured inside a breadcrumb, porridge or a little bit of any bait and left overnight. In the morning, check the trap and take the catch.

Catching a predator on a bottle is easier than ever; this assembly can be assembled and put out even to a beginner. Pike will definitely appreciate the efforts and will definitely want to feast on the live fish offered to her.