Pike is a predatory species of fish, even a child can recognize it among other inhabitants of the reservoir. 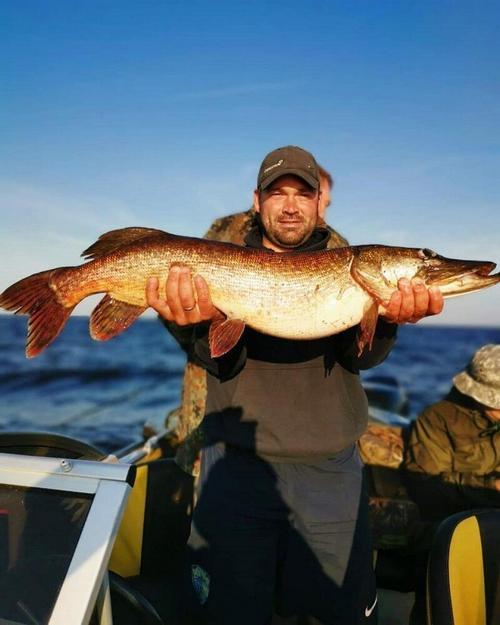 Before you go fishing, you should find out the habitat of one or another resident of the reservoir. Where pike lives, it is known to spinningists with experience, but young anglers will not always be able to independently find a promising place. We will try to find out what places in the reservoir the predator prefers and where it is best to look for it together.

Characteristic features of the predator are:

Pike rarely grows to such a large size; individuals of 6-8 kg are already considered huge in most regions. In most cases, many manage to catch pike from 1.5 kg or more. It is customary to let off smaller individuals.

Pike breeds in early spring by throwing eggs, this stage of life occurs in late March and early April. But the weather often makes adjustments, the pike can spawn only after the reservoirs in which it lives are opened.

Interesting! A few days before spawning, the body of the pike is covered with specific mucus. With its help, the fish attaches to stones, snags, aquatic plants and spawns, after a couple of days the mucus leaves, the pike continues to live an ordinary life.

A feature of pike life is its solitude. Adult individuals never stray in packs; they live, hunt, and spawn individually. An exception would be small groups of probes up to 12 cm in size. Usually, a group consists of 3-5 fish of the same size, which hunt and move along a reservoir together. As soon as they grow a little, they will immediately disperse one at a time to different corners of the water area. 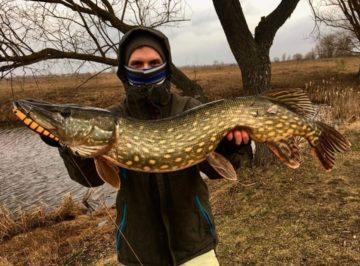 Pike eats a variety of animals, small fry start with daphnia, then go to fry of other fish, and then bring diversity to their diet. Larger pikes can eat their cousins, which are smaller than their size, if the forage base in the pond is very poor. With a sufficient variety of representatives of the ichthyofauna, pike will give preference to fry of other fish species.

Common pike is found in all freshwater bodies of the northern hemisphere of the globe. The predator is easy to find in lakes, rivers, ponds of Eurasia, as well as on mainland North America.

Fast mountain rivers with cold water and a rocky bottom as a permanent residence for pike are not suitable. Such ponds will not allow the toothy predator to calmly ambush in anticipation of prey.

In what reservoirs to find a toothy predator found out, now let’s talk about promising places. They will vary in different areas.

Pikes on the river, in anticipation of prey, are in ambush, for this they use a variety of aquatic plants, as well as driftwood, lonely boulders and other piles near the coastline, near pits and rifts. Pike fish often chooses for themselves such places on the river:

Spinningists also catch other areas in the river, because often trophy pike can stand in a very unpredictable place. A predator can migrate through a pond by atmospheric pressure and a sharp change in weather conditions.

The pike in the lake chooses for itself approximately the same areas as on the river, for it is preferable to wait for a smaller fish in ambush. But the lakes do not always have rifts, edges, snags, so most often the pike here will prefer vegetation, it can stand near the reeds, sedges, in a water lily or rhest.

The predator leaves the shallows only in the spring, when the water at the depth is not yet warmed up. The rest of the time, she prefers to remain at sufficient depths or in vegetation, where coolness persists for a long time.

Features of lake and river pikes

Pikes in different reservoirs have certain differences, lake and river will differ visually and even very much. The main differences can be presented in the form of the following table:

But in all other respects, the predators will be absolutely identical. Often they react when fishing to the same bait, the catchy wobbler will work equally well both on the river and on stagnant water.

Whatever the habitat of pike, in the heat and in the winter, she chooses for herself more suitable places with appropriate conditions. It should be understood that the pike does not hibernate either in winter or in summer, it only becomes less active.

To find a toothy predator in a pond, you need to know such subtleties depending on the season:

It is impossible to say exactly where the pike is found in spring and autumn; during the zhor period, it can migrate in search of food or stand in one place.

Pike habitats are not so difficult to recognize, the main thing is to know seasonal habits and preferences, then it will not be difficult to find a predator at all.