Among all methods of predator fishing in water bodies of various types, only trolling causes such a violent reaction, with both negative and positive. Some are very fond of driving on a motor, while also catching a pike, or even more than one. There are opponents of this type of fishing. Like it or not, the engine runs on fuel, and this pollutes the water area and scares its inhabitants. A beginner does not understand these arguments, let’s find out in more detail what trolling is and what is needed for this type of fish capture.

Trolling is called predator fishing on artificial baits on a spinning rod from a boat on a motor. Constantly throwing is not necessary and the posting here does not matter, the bait is simply dragged along the boat. 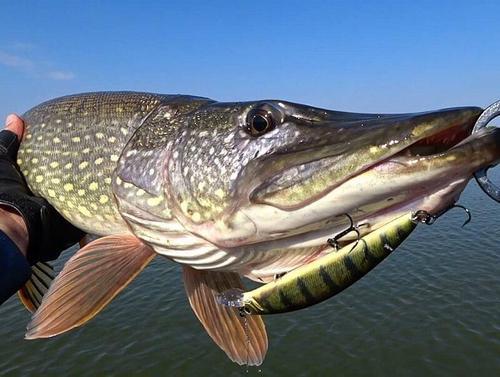 Perch also come across often, and all the fish caught are usually large.

The subtleties of trolling

Without a craft, trolling will definitely not work, this is the main feature of such fishing. There are many subtleties that each angler discovers for himself in the fishing process. However, in order to get the trophy for the first time in the selected water area, you need to know something about such fishing.

Those who have at least once been interested in trolling know that the most successful time of the year for this lesson is autumn, but in other seasons this can be done no less effectively.

According to anglers with experience, it is best to trolling:

Use more durable gear that can withstand significant loads. In addition to trophy fish in this way, snags often “fall” onto the hook, regular hooks for trees fallen into the water. That is why in order not to lose gear it is necessary to use high-quality components.

It is better to use larger baits; a small predator may simply not notice it.

Most often used as bait:

Spinner for trolling on a pike is rarely used, but sometimes it’s a large oscillator that can attract attention in the proper way and lure a predator from an ambush.

For successful fishing by trolling, in addition to preparing a watercraft with a motor, you must take care of well-assembled gear in advance. To do this, you should consult with more experienced comrades or study the topic yourself.

For trolling you will need:

How to choose the right components? Next, we will analyze each of the above points in more detail.

Trolling experts with experience know that for this method of capture, rigid, small plug-in rods are used. It is necessary to choose based on the parameters of the reservoir and the fish that live there. The larger the individuals and the greater the depth, the more powerful the rod is needed.

For deep water reservoirs, some even use Crocodiles with test values ​​up to 200 g.

Advice! Telescopic forms are used only on small lakes, and then rarely. Such a form is more flimsy, it will not be able to withstand heavy loads and simply breaks at the first hook.

The coil is selected, starting from the form, preference should be given to power models. A great option for trolling is the animator, but do not forget that you need to purchase a special fishing rod for it.

Ordinary inertialess ones are a great option for trolling, but experienced anglers recommend putting models with a byte-runner. It is convenient to use such a coil, it has excellent power indicators, the capacity of the spool is all high, the cord can be wound up to 350 m.

The number of bearings matters, in the reel for fishing tacos there should be at least 4 and plus one in the fishing line.

Before buying, you should twist the selected model, it should go easily and without extraneous sounds. 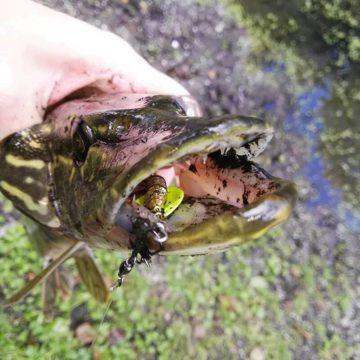 When collecting tackle, you should not forget about the base, here it is better to give preference to a braided cord, and its thickness should be decent.

As already mentioned, trolling often produces a predator of impressive size, so the basis should not only withstand the trophy itself. The jerks of large fish are very strong, in order to keep them you need not only a high-quality reel, but also a solid base. The cord for trolling is set from 0.22 m in cross section, an ideal option is an eight-core camp with discontinuous indicators from 18 kg.

Thinner options will not work, when hooking or notching a large fish, the cord will not be able to withstand jerks and simply burst.

In addition to these basic components for successful fishing by this method, it is necessary to have some additional components.

Among other things, you need to stock up:

It’s not worth talking about the range of lures, every angler knows that everyone should have trolling wobblers.

An important element will be a watercraft, usually a boat with a motor. Use both rubber and metal boats of various sizes with motors of different powers.

Having gathered the tackle and checked the boat, you should not go fishing, because there is no more important thing, baits. Wobblers for pike are selected according to different criteria, many of which directly depend on the reservoir and the desired trophy on the hook.

The lures are divided into universal and narrowly targeted, all of them are used with equal success at different times of the year.

Next, consider the best wobblers for trolling on a pike, namely the top 10:

This is the 10 best wobblers for trolling with a brief description of each. It is worthwhile to understand that having one of the options is not enough, there should be at least 6-8 of them, moreover, in different sizes, with different colors and different depths.

Advice! Experienced fishermen recommend that they have at least two dozen different lures of this type in their arsenal for high-grade fishing.

The subtleties of choosing trolling lures

It is not necessary to catch a predator on the bait, which were described before, wobblers on the pike, namely for trolling, you can pick up other manufacturers.

The current fishing tackle market is very rich in a variety of lures, including wobblers.

It will be difficult for a beginner to pick up catchy options for trolling, knowing some parameters to figure out in abundance will be easier:

Each fisherman understands the remaining subtleties when developing experience.

It is not difficult to choose bait for pike for trolling, the main thing is to know the parameters of the reservoir where the fishing will take place, as well as the preferences of the fish from this area.

The capture of a toothy predator is carried out in different ways, each of which is interesting and unique in its own way. Trolling pike recently gaining popularity among lovers of spinning. Using this method, you can get a trophy specimen, while you don’t need to make special efforts. However, not all anglers know what trolling is and what the essence of such fishing is. To understand the basics, as well as to learn some of the subtleties of this method, we offer below.