But here’s the thing. All artificial baits, in my opinion, have one drawback. To a greater or lesser extent, successfully executed, they’re just copies of living organisms. 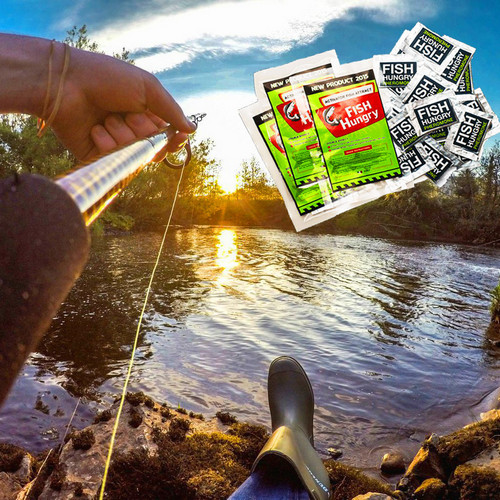 When perch fishing I have seen that on some bodies of water, particularly confined, the striped predator takes exclusively fry. Live fish are attracted to it, most likely, not only plausible movements, in their appearance, but also smell. Agree, same smelt and bleak smell very different. However, before you will figure out what fish we should call Malcolm. Unlike live bait with a length of 7-12 cm, used by fishermen, as a rule, when fishing for pike and perch fry length does not exceed 4-5 cm can be the verkhovka, bitterling, minnow, the young of the roach, bleak, etc.

WHERE TO CATCH FRY

Before going on the perches reservoir with a float rod, you must catch a sufficient number of small fishes. You can get them from shore with a fine-meshed rectangular lift (mesh size 80×100 cm). The lifts are round in shape. The bottom center of the grid is tied to a small sinker, and on top of the grid catches a handful of bread crumbs or other bait to attract the fry. Lift with a telescopic arm with a length of approximately 2 m lower in the water and waiting for it go fish, and then sharply lift the net and collect them. The lift can get fingerlings ASP, IDE, Chub. They should be carefully released. Don’t forget that in the future they can become your worthy trophies.

It also happens that perch in the pond a lot, and to get the fry is the problem. In such cases, a few precious morning hours have to spend with the lift where the abundance of fish trivia. On the Kaluga highway, for example, I often visit the cascade ponds, two of which are inhabited by perch, and other fish and the clutter type and verkhovka bitterling.

In store perches fry are usually not preserved, since it is less hardy than the larger pike bait. Fishing to keep the minnows are best at Cana, from time to time refreshing the water.

Stick bait on the single hook over the upper lip or nostril, sometimes under the dorsal fin or the tail with a terminal sting of the hook out. The first option is preferable, since in this case the fish is less damaged and longer retains vitality. During periods of perches Jora when fishing on the course, you can use a drowning live bait or pieces.

SUBJECT TO THE CONDITIONS

As is known, the choice of method of catching and receiving the presentation of the lure is largely determined by the conditions in the fishing spot. In recent years, for example, among the widely accepted spinning speed wiring. However, it is good only if you catch on parts of the reservoir with a clean gravelly or sandy bottom. Similar conditions can be found on navigable rivers, creeks, sand pits.

Perch also often have to catch among the thickets of water, snags and other strong places. Here, you can keep the bait in the upper or middle layers of water that do not always bring success: any spinner, leaving the morning with a dozen expensive lures to underwater snags, the good word will remember the days when the perch fishing used simple fishing — float rod with impaled on the hook of Malcolm.

I often prefer to not fry the only snag in rivers, but in reservoirs where the flooding of the river banks the water had gone stumps, fallen trunks of trees, shrub. In addition, we have a lot of water where bass in the given circumstances best of all it takes to fry. Sometimes, the neighbors striped predator (roach, Rudd, bream), with a sudden change in the weather fall into a stupor and do not take, and bass, meanwhile, has been active. Here are a few examples from practice.

One day my friend came to fish on the career, located near the suburban town of Savelovo. Relied on fishing for bass spinning, but after trying a bunch of fans and soft baits, were forced to go on the float rods. Making sure the bass on a crank takes a lift has caught a few dozen verhovek for the nozzle. Fishing went more quickly. Perch were taken measuring the size of a palm. The whole day blew the cold North wind, and in this weather, as I said the local anglers, in the quarries except perch other fish not taking.

Another time I was going to pay a small pond, where in addition to carp and carp in recent years has multiplied the perch. Considering the cold snap just in case, already leaving the house, stuffed into a backpack tank and a lift.

On the pond, while Karatnycky and carpatica lamented the bad weather, I caught a dozen under the beach three verhovek and retired to the narrow Bay near the mouth of the Creek where the depth was three meters, and sometimes protruded from the water snags. Soon the shores were empty. I’m 12 hours a day, remaining in splendid isolation, “groped” Parking perch till evening, albeit intermittently, successfully catching him fry. Finished, when, in fading light it was difficult to distinguish the float.

Fishing for bass fry can quickly master any new angler. But there are some nuances which are useful to know.

In the early fall when the water cools significantly, perches flocks actively move around the pond in search of food. It should be noted that although the bass and omnivorous predator, but its staple diet is still is a small fish. In any body of water it is familiar and affordable food. It is with that features a striped predator we have long practiced fishing float rod fry. And now, this method has a lot of fans among modern anglers.

For fishing float rod with a blank snap-in will fit any rod with a soft tip: the bass is quite weak lips, so it should gently depreciate as when hooking and fighting the fish. The length of the rod depends on fishing. Usually I catch five or six. Poles is the most viable option, it allows you to gently and accurately deliver to the point of catching such a delicate handpiece as whitebait.

Usually put the fishing line with a diameter from 0.12 to 0.20 mm. the Color is not critical. But the strength — Yes. Better to spend money on high quality than to lose a trophy when biting big perch. The thinner fishing line, the bolder the predator takes the bait.

The choice of hook is very serious about catching any fish. Our case is no exception. The main characteristics of perch hooks — zatsepistost, the length of the forearm, the thickness of the wire. The most versatile are the hooks with the shank of medium length and slightly concave inwards sting, No. 11-13. The choice of size depends on the size of fry and expected production. Hooks made of thin wire, ensure the vitality and mobility of the fish. And it is sometimes of paramount importance.

Float when fishing fry is subject to the fact that grabbing the bait, the grouper usually leads him in the direction of the immediately or flush. So its form should be designed for unimpeded immersion. On the other hand, when okrujenii perches float excludes the use of so-called zero buoyancy, because in this case, even the smallest fish will constantly drag the float under the water and get tired faster. As sinkers are commonly used by large grains or “olive”. The length of the leash 15-20 cm.

When fishing at a depth of 1-1,5 m the best results are obtained by the use of floats, painted in protective colors: gray, brown, green, black. Float tackle with the coil requires a rod length of 3.5–4 m. the Coil is preferably instantaneous, with an open spool. Simple clearomizer coils for fishing from the shore are not very suitable and appropriate, except that when fishing in stream with a boat or bridge.

Where fishing with a float is fraught with claws, it is appropriate to fish on a fishing rod with a side nod. Fish impaled over the edge of the upper lip on the hook of the jig does not have to be mobile. On the contrary, the calmer she is, the less hooks. Perch perfectly sees what is happening around him at the depth of 1-1,5 m. Therefore, the bait in the strong areas do not have to be lowered to the bottom, smoothly enough to play it at half depth.

On most reservoirs, especially large, bass is constantly moving, his behavior during the day is impossible to drive in any scheme. It is usually grouped where there are. But it happens that to find the flock perch is only half the battle. It may well be that the predators before this started a real destruction of the accumulation of fish-things, were filled to satiety and now long to digest food, not paying attention to the proposed bait. So, we need to continue to search and try to find a perch taker.

River perch is good fish in the pools under the krutoyary, in areas with weak and backward in the grassy bays. Along the steep banks it is possible to move up or down the stream, throwing live bait in zavodinsky to the bushes and snags. It caught not only perch of medium size, but solid horbachi, waiting for prey in the dark depths. During the autumn of stroke perch flocks often brings the success of expectant management, that is fishing with one or two vending areas.

In large bodies of water (lakes, quarries, reservoirs) have good knowledge of traditional Parking places striped predator. In the role of gunners here are often gulls. They usually hunt where there are accumulations of fish trivia, and therefore predators. Under beach and away from the overgrown shallows perches flock reveals itself because that little thing, walking the surface from time to time silver spray ejected from the water. Immediately followed by thuds, sometimes a Champ. Getting fat is a large Humpbacks. Here it is necessary to catch.

However, the lack of such visual “manifestations” is not to say that this place is empty. Sometimes, feed the fish goes to the depth (for example, when cold), perches, and hunting is at a bottom or in half-waters, invisible to the eye.

Early in the morning, if the bass gets near the shore, I try not to get close to the water’s edge. And the first casts are cautious with some distance, observing the disguise, so as not to spook the approaching pack. Very successful is fishing in the morning mist. Generally, the morning bite, as a rule, more active than day or evening. Exception — cloudy weather, when the perch can take more or less evenly throughout the day. The same can be said about fishing in late autumn.

Problems when fishing with bait occur, if you along with bass aktiviziruyutsya other predators, especially large ones. Urgently we have to put a thicker line, and when the pike jerks — and even a metal leash, that adversely affect the perch bite. But isn’t it better in such situations to put aside the fishing rod to collect the spinning and “deal” to start with a solid predator?

One Comment on “Bait that smells nice for some fish aroma”