To catch pike on live bait, you must have the bait itself. To do this, preliminarily, mainly on a regular float tackle, various types of peaceful fish are caught. In this case, the hooks are used small, and the fish are removed when notching and fishing as carefully as possible.

A toothy predator responds well to artificial baits, but still using a live bait will attract her attention better. Bait fish are used almost all year round for catching pike, but to capture trophy specimens it is necessary to be able to plant fish properly. Experienced anglers know the intricacies of choosing live bait and how to attach it, today they share their knowledge with the rest. 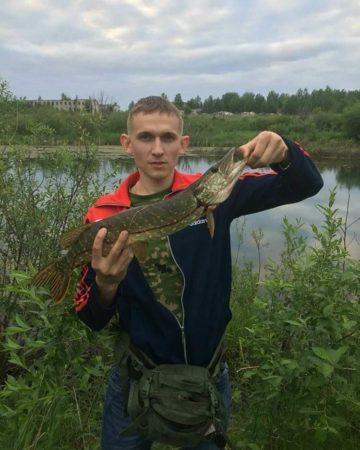 Of the fish caught as bait fish, not all is suitable. In order for the bait to remain as active as possible and able to live for a long time, it is necessary to be able to correctly select the correct specimens.

For further use, fish with the following characteristics are selected:

It should be understood that those species of peaceful fish that are familiar to the predator should be used as bait. It is desirable that the bait be caught in the same reservoir where the pike will be caught.

To catch a predator, the ability to get the bait and choose it correctly is important, but it will not become a guarantee of success. In order for the pike to notice the bait, and then to catch it, you must be able to hook the bait fish on a hook. Dexterity is needed for this, experienced anglers will cope with this without problems, and for a beginner, methods are easier.

How to put live bait on a hook for pike? There are many ways, the most common are six, each of which is special. 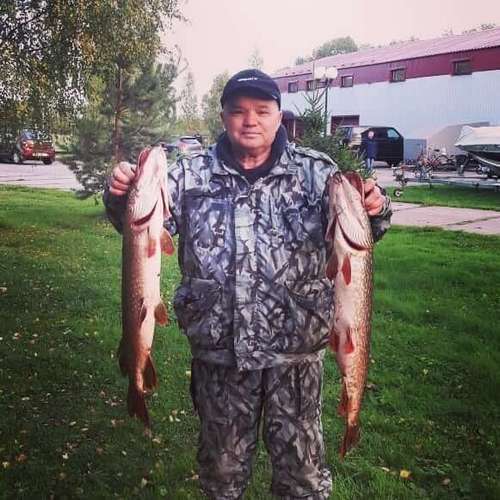 Nozzle bait on the hook in this way is as simple as possible, even a novice angler can master it. For him, they use an ordinary live bait single hook with an already equipped leash.

The hook for the classical method is inserted into the mouth of the fish and the sting is removed over the nostrils. Next, the equipment is attached to the tackle, thrown into the water and waiting for a bite.

Advice! It is better to use special live bait hooks. They are stronger and have serifs, thanks to which the bait will not slip in the water.

To catch pike on live bait, this method is used quite often. To do this, the hook is simply led into the mouth and a fish is caught on the lip. After that, you can send the tackle into the water and expect blows from the predator.

However, this method is not used for all species, some fish have weak lips. Already after 15-20 minutes, many will form severe injuries, from which bait will soon die. Such a bait will not be able to interest the pike, so the condition of the fish on the hook should be checked regularly.

How to put live bait on a pike hook in this way? There is nothing complicated, this method is a bit similar to the first, but there are still differences.

To form a tackle, simply hook the hook through both nostrils. Next, it’s small, install live bait in a promising place and wait for the bite.

In order for the equipment to be successful when working with a hook and a fish, extreme caution must be exercised. If you do not follow this advice, you can easily inflict injury on the bait, which often turn out to be incompatible with life. The fish quickly dies and becomes completely uninteresting for a predator.

How to plant through the gills?

The hook is immediately equipped with a leash, but only it is not necessary to put the excess accessories, it is better to put the carabiner and swivel on the base. To start this tooling element is precisely through the leash, it is passed through the mouth and brought out under one of the gill covers, and then fastened to the base.

All the previous methods of packing live bait to one degree or another injure him, the cunning one completely eliminates this. Its essence lies in the fact that in the area of ​​the tail, a regular clerical gum is put on the body of the live bait, and the hook is brought directly under it.

The live bait fish equipped with this method lives much longer, while remaining as active as possible for a long time.

A hook is introduced into the bait fish and in the area of ​​the dorsal fin, a more experienced fisherman can handle this. With this method, it is important not to hook the spine or other vital organs.

We found out how to properly hook live bait for effective capture of pike, however, there are some subtleties of the process, and they depend on the hook chosen before that.

To collect gear with live bait are used:

It is impossible to recommend using one of the above, each angler chooses for himself individually the one he likes best. For some, the lure is a snap through the gills with a tee, and someone liked to fish with a live bait caught on its back. It is best to try all the methods, and then choose the one you like and use it constantly.

Advice! Experienced fishers recommend using tees in a snap on live bait, this version of the hook will accurately detect the predator.

Where is bait applied?

Species of fishing using live bait are not so small, but only the most popular are known to anglers. Most often they use mugs, it is easiest to put live bait on a tee and arrange tackle in a reservoir at depths. But there are other fishing methods:

It will be necessary to decide on the choice of tackle on your own, and then it’s up to you to find a pond and try.

How to put live bait fish on a hook for catching pike disassembled. There is nothing complicated in the process, the main thing is to decide on the gear used and choose the most convenient hook for yourself.