Spinner for pike fishing has been used since prehistoric times. Often archaeologists find huge sizes of bait, on which our ancestors made the capture of a predator in water bodies. Now fishing lures are a lot of varieties and types, each of which has its own advantages and disadvantages.

In open water, two types of lures are used to catch pike on a spinning rod:
From the ice they make fishing with vertical spinners, but it will be much easier for the angler to cope with it.

For catching a large pike, in most cases it is the oscillating baubles that are used. But during the autumn zhor, smaller representatives of the ichthyofauna react to this variant of the bait.

The most common and popular among both fishers and predators are:

These options are suitable for catching both river water areas and for bodies of water with stagnant water. Size and weight are selected based on the fishing season, as well as on the used spinning blank, more precisely, its casting indicators. 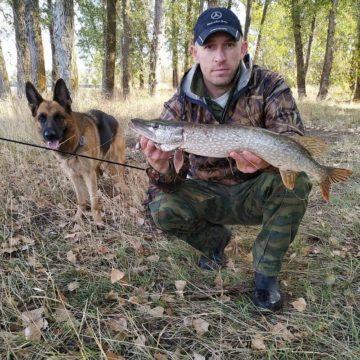 Interesting ! There are very large sizes, it is on such bait that you can catch a pike of 10 kg or more.

Spinners are used to catch not only pike. If it is correct to catch such bait from the shore, then as a trophy you can get perch, pike perch, asp and, of course, pike.

There are rotators by:

The most well-known manufacturers of catching lures of this type are Mepps and Blue Fox, and the Ponton 21 has established itself well.

The weight of the bait is selected, starting from the depths of the fished reservoir, taking into account the performance on the spinning rod. Some craftsmen independently load the bait already in the pond to catch deeper places.

Choosing baits for fishing pike pre-think about where fishing is planned. Fishing for pike on a spinner in a reservoir with standing water is carried out by models with a rounder petal, while the elongated one is suitable for catching on the stream.

Sheer vertical models do not have such features and special differences, except for the weight and color. 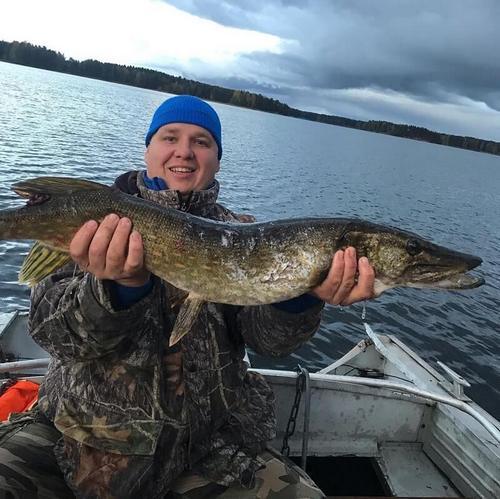 How to catch a pike on a spinner

Not everyone knows how to show pike, beginner anglers do not always cope with such a task the first time. To catch pike on spinning you need experience, and you can get it only in a pond.

Tackle pike fishing gear is selected depending on the pond and season, but the wiring for each type of bait separately.

A variety of lures are suitable for catching pike on this type of spinner, while anglers with experience recommend starting with a uniform bait. This type is easily mastered even by a beginner who first picked up the form.

For a large pike, the wiring should be more aggressive, especially in the autumn period, the predator will respond well to twitching with the tip of the form, as well as small pauses.

Not everyone will be able to show the right spinner right the first time, for correct wiring it is necessary to have at least a little experience. The best animation options will turn the artificial bait in the eyes of a predator into a wounded fish trying to escape. This effect is achieved due to the petal spinning around the axis.

The twitching of the whip and the quick exhaustion of the sagging base can interest even the sluggish predator and make him attack from all over the shelter.

Depending on the season, the used pike bait will vary, the color of the spoon, its size and type will be important. Experienced anglers know exactly when and what lure to set, some secrets we will reveal.

Immediately after opening the ice, many spinningists set off to try their luck. To catch a large pike, relatively small baits are used, among which there can be either spinning spinners or oscillating ones.

The color scheme can be very different, depending on the transparency of the water they use:

Everything should be in the arsenal, because during such a period it is very difficult to predict the behavior of fish for fishing. A catching pike bait in the spring on a spinning rod can be the most unpredictable.

In the summer heat, fish often stands at the bottom and in pits, where the temperature is much lower. It’s just not possible to interest her in large baits; I don’t really want to chase a large “victim”. But a small and stupid “trifle” is more likely to be enjoyed by a predator.

In cloudy weather you can also try medium sized shakers, but sunny days can pass without any bite at all. Acidics sometimes work well, but they must be carried out in the bottom areas of water bodies.

This time of year is a real paradise for anglers, you can catch pike in various ponds on any large spinners. Both oscillating and rotating options are actively used.

It’s impossible to single out the best models, you need to try everything that is in everyone’s fishing box, and the option that lay from ancient times may work.

Catching is carried out from ice to a plumb line, for this use vertical spinners such as a castmaster. Both golden and silver options work great. Depending on the depths to be caught, models from 5 to 30 g are used.

Catching pike on baubles at any time of the year is successful, the main thing is to choose the size and color of the bait, and also to conduct it correctly and in the right place.