Carp, river carp fellow is a desirable trophy for any angler. This large and powerful fish pond resists more active than its congener, thus can weigh more than 10 kilograms, which will require considerable experience when playing such a trophy. Fishing for carp in the spring is popular for a number of reasons, including because of high fishing activity, as well as opportunities to catch it on almost any gear, as quite a long time at this time, he kept close to the shore, for example, near the reeds. 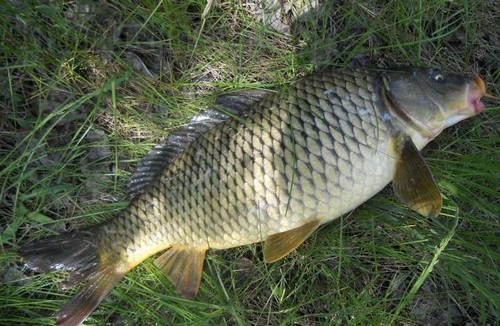 The behavior of carp in the spring

After the ice melts the fish more time kept close to the deep wintering holes, but warm-water carp fits close to the shallow spawning grounds. It is this moment the most favorable for fishing – after the winter fish are starting to actively feed close to shore, allowing her to catch not only bottom, but float tackle. Actually, the spawning begins only when the reservoir has warmed to at least 15 degrees, and at this time, the fish will not respond to any nozzles. After the eggs are laid,carp at odds to their trails, and so close to the shore is not common. Now, fishing will be successful at long range and after careful feeding point. Change at this time and taste preferences – if, before spawning the priority was animal bait, closer to the summer it is advisable to go to the plant tips.

In the spring of carp can quite good and caught on float fishing rods, as this time of year in preparation for spawning, the fish long before it starts fits fairly close to shore.

Depending on the characteristics of specific fishing spot can be used:

Spring fishing on the feeder

English donkey is also well suited for the spring fishing for carp.

When choosing a rod you should pay attention to the following points:

How to choose a reel

In the case of fishing for carp requires large, powerful spinning reel with the power ratio. Size not less than 5000, and 6000 better and more as a major internal components provide added reliability. For sufficient smoothness is enough to 4-5 bearings. Also in the case of fishing for carp or carp it is better not to spare money on quality brand coil, as the budget Chinese options often can not withstand such loads.

Important! When buying designed for carp fishing or carp reels better to give preference to models with beltranena. This device will allow the fisherman to move away from the tackle without fear of a powerful bite to lose the rod along with the reel.

The main fishing line, feeders and other feeder tackle

Unlike feeder fishing other species of fish, when fishing for carp it is better to give preference to Monolake. Stretching, it will absorb strong jerks, thus reducing the load on the coil and the rod. The use of the cord, especially for the inexperienced angler, misconfigured drag when a big fish bites can lead to breakage of the snap-in or even destruction of equipment.

The trough used as a classic feeder from metal or plastic mesh, and options flat method. In the latter case, often used the hair snap, as the most invisible for the carp (which when cast hides in a thicker mixture).

For depreciation of the strong jerks of fish in snap are also often added federgon.

This is a specific gear and the selection criteria differ somewhat from those in the same feeder.

The rod pick up the following:

Yourself carp rods are quite heavy, as used in such fishing reels. However, most of the time this form holds on the stand because perezapisi in carpfishing are produced much less frequently than in feeder fishing.

Important! In carp fishing tackle beginners it is difficult to determine the most appropriate gear, so you should start with budget, then no great financial loss to move to the most suitable rod and reel.

Coils are also significantly different from the feeder in the first place with size: 8000, 9000 and more bezynertsionnoj in carpfishing common. They weigh a lot, but the margin of safety are relevant, but easily pull carp up to 6-8 pounds, and only when really trophy size catch, will need at least some skills to fight.

Additionally for this kind of fishing requires special supports for the rod, as well as electronic and mechanical alarm bite different designs.

The choice of bait and accessories for spring fishing

Fishing for carp in the spring requires some knowledge in the peculiarities of the feeding fish. So, in early spring the preferred nutrient-poor mixture for cold water, which often further diluted with soil. It feeds carp at this time is inactive, so when using other baits there is a risk simply to overfeed. As the heating of water, the situation is changing – the fish starts eating a lot, and in order to attract her to the point of catching to pretty much fodder, which must be present corn, peas, ground hemp. Baits also vary with temperature.

For cold water work better animal options such as:

When the water temperature increases, what happens in April-may, comes the turn of vegetative nozzles. In the course are familiar to all fishermen, corn and peas, boilies primarily with sweet flavors like strawberry, caramel, plums or spices.