After a lull in the winter, all the fishermen look forward to spring. Fish with the awakening of nature aktiviziruyutsya she’s hungry, weak. Any bait, the bait will help her to gain strength before spawning. And so the bream fishing in the spring on the float rod passes successfully, starting from ice bites in March and the spawning period after opening of reservoirs. 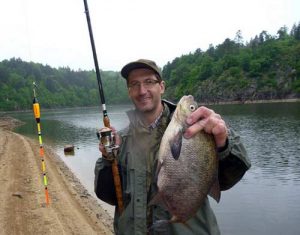 Benthic fish bream is found not only in small and large rivers but also on lakes and reservoirs. At any time of the year it sticks to the bottom, though deep or shallow. In early spring, when the snow begins to melt, bream coming out of wintering holes and migrating in preparation for the upcoming spawning season.

Intensive feeding of fish is that the spawning needs to gain strength. In lakes bream meet at the shallows, areas overgrown with algae, where he is actively powered. On the lotic water bodies bream tries to be closer to the shore, going to a depth of one to three meters, where the flow is weaker and a lot of food. The best tackle for catching bream in the spring will float rod, because fishing will be from the shore.

The bream fishing in March on a float 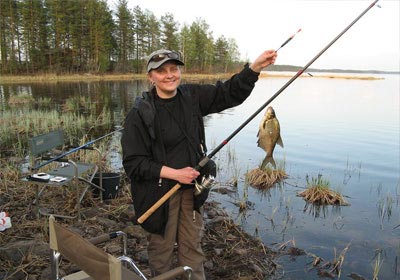 In early March, when the ice on rivers and lakes melts, the fishermen are going after the bream. At this time, he willingly takes the bait. According to the latest ice fishing and winter white fish on float tackle and a nod, as well as in the open areas with the use of summer with a float rod. For tips on bait use:

The mixture of foods attracted the attention of bream in March, forcing him to stay long in the place with a depth of two to four meters.

To fish better early in the morning, as soon as the sun comes up, because at dusk the fish departs from coast. You can catch bream and night, but the biting later than eleven at night until two in the morning is not always stable. Tackle for bream choose quality fishing line because the fish uses remarkable strength during the fight with the fish, trying to escape. 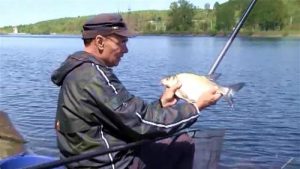 Safer to catch bream in April, still water than in rivers. The bite on the lake is stable and successful, because the fish come closer to shore for spawning. When spilled water is warmed, the bream goes on the grass shallow water. If bays not, he is near at the depth of five feet.

To catch from shore, you need a rod with a long rod and a float flight. Good luck in April depends on the weather. Bream fish prefer warm water, but lowering the temperature will go down. Serious biting lucky at a water temperature of eight to ten degrees.

To lure fish in April on lakes definitely small portions. Nutritious balls don’t have when casting tear itself to pieces. But overfeeding is not a place, otherwise the fish will become lethargic, and the bite is weak

On the river in quiet bays, you can find bream, it is on the border between the current and standing water. The aggressiveness of the fish is taken into account when choosing a fishing line for the rod. It should not be greater than 0.25 millimeters. And the hook is necessary to take average thickness, but secure and strong.

The bait is prepared from a mixture of pea with barley and oatmeal or bloodworms with the ground, slightly aromatizing. Nutritious balls throw upstream. For deep down the trough. 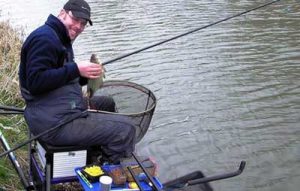 In may, the bream chooses to dwell in the mouth of the rivers, and in reservoirs – pits, or locations in close proximity to dams. Since the ban on fishing for bream from the boat operates from April to beginning of June, it caught his rod from shore. Tackle pick up long, up to seven meters, the rod and durable reel and fishing line.

To catch bream in may, it is necessary to choose locations on the waters where the bottom is rocky or clay, and the depth starts from one meter and more. Large specimens caught near snags, boulders, sandbanks with a depth of half a meter. Intense biting, where the flow is weak. If the flood is before the end of may, the bream fishing is held with varying degrees of luck.

Only after the river enters the mainstream, to catch fish easier. Luck accompanies the one who will seek out the place of progress in the schools of bream. Fish trails where there is a live feed where the water is warmer and cleaner. In may, better caught inconnu night at the shore. But you need to be quiet, careful not to spook the fish.

In may, the sun heats the water, so the fish goes for peas, and barley, and canned corn. Flavors should not be neglected. A few drops of oil of cinnamon or anise, and bream will bite harder.

Success fishing for bream depends on the correct snap-in rods. Because catch holds the spring from the Bank, then equip the fishing tool in accordance with the casting distance.

Long plug rod will allow you to deliver the bait to the desired point, as far as possible from the shore. Suitable telescoping length of not less than seven meters. It is convenient to draw out fish, and the rings will not allow the fishing line to become entangled. Depending on the localization of fishing from the shore increase the length of the rod to nine meters or reduced to five. It should be light, durable, so that the hand is not tired.

From building a fishing rod depends on the gear bending under the weight of the fish. For bream choose the rod a slow or parabolic action, when the bending throughout the length. Because of this the bait will fly far, because the cast will be strengthened by a sharp bending of the fishing rod.

It is best to equip a fishing-rod for bream spinning reel spool capacity of two thousand units. Fishing line on it spins smoothly, without waves and intersections.

Take main line cross-sections from 0.15 to 0.2 millimeter braided or mono with a length of one hundred meters with a diameter of 0.25 millimeters.

For leashes the cross section of the monofilament line reaches 0.1 mm at a length of fifty centimeters. Use two leads, one having fixed below the sinker, the other above. For muddy water fishing line is better to take painted in dark colors, for clean – transparent.

For still water float is needed in the form of olives with a long keel and plastic antenna. The ogruzka take half to two grams. Increase it if the fish are actively biting up to four grams. But with a weak – reduce weight of one gram. Depending on the type of bait hooks choose a number from 8 to 14.

On rivers with a strong current rational float flat shape with a thin keel. Ogruzka may be in the form of pellets or sliding type. You can place some weights on the length of the main line. During the night fishing floats choose sensitive, not exceeding in weight five ounces. Ohrozit is enough it three or four pellets. 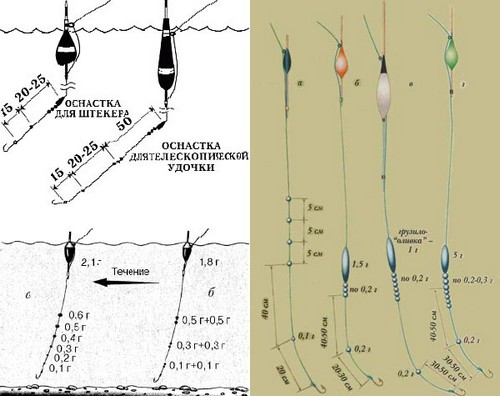 It is important to reconcile ogruzka and the hook on a bream if the nozzle reaches the bottom, the antenna stands nearly half full of water. Good night, blanking tooling, thanks to her tracking fish will be safer. The rise of the float above the water will show at what depth the bream is and what action should be taken by his playing. With a sliding snap-in track point, fish in the dark will be more difficult. It is suitable for fishing in the daytime.

Useful tips on bream fishing in the spring in March, April, may

The reservoir and the river catch will be successful if:

Choosing the right bait for bream in the spring will bring luck to the fisherman. In addition to cereals for mixtures take canned corn, adding thereto cinnamon oil, vanilla, coriander. The bait is light, yellowish colour, well caught a big fish. Takes better bream on natural products, of which likes peas, wheat.

To accustom the fish to the nozzle, it is finely chopped up and added to foods. Effective fishing with worm bait, when every three hours you throw into the pond balls of chopped worms in combination with clay or sand.

Weather conditions tell you how to properly use a fishing rod. In the quiet of gruzok can be two to three inches from the bottom, the wind lying at the bottom. To snap not dragging the sail of the line in the wind, increase the size of the shepherd boy. It should be noted that there is a pattern of activity in spring bream from the atmospheric pressure — click here for more information.

Bait bream gently. It is necessary patiently to drive it on a tight line until he tired. After that it can be and to bring to the surface, and then he’ll calm down. Be sure to take the prey away from the fishing place, otherwise it will scare away their fellow bream.

Catching bream in the spring of wonder and instances across large. So the fishermen prefer to open the active fishing season from March and continue in April and of may.

30 Comments on “Spring bream fishing on the float rod in March, April, may”