The experienced fishermen know that fishing for walleye on spinning in March quite effective. In the southern areas of the country, the rivers often reveal in the first month of spring and even earlier.

In recent years, due to climate change rivers, lakes and other bodies of water in some years, freed from the ice cover in early spring and in other regions of our vast country, and anglers do not miss opportunity to start the season for catching Zander and other predators, for spinning so early.

And most importantly: this predator really can be good to catch in March.

Where to catch walleye on spinning in March 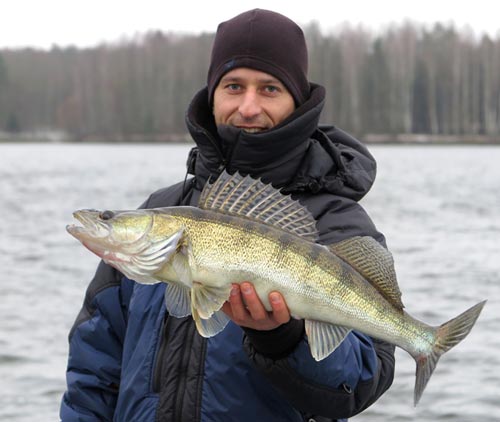 March is the month when walleye caught with ice winter gear, and open water — spinning. In the same region, some reservoirs are ice-free, but somewhere else a month you can go ice fishing — this difference depends on the existence of currents in the pond, water salinity in the marine bays and many other reasons. Today’s story is about fishing for pike on spinning in March in open water.

In early March, the walleye are looking for near the wintering holes, as it, although at this time and was already beginning to gather in flocks, preparing to spawn, but still does not go far from the place where he was wintering. In shallow water at the beginning of the month fanged predator rarely leaves. Schools of walleye are holding at depths of 5 to 15 meters.

Slowly the water warms up in March, and Fang begins to move more — it can be found near the confluence of the rivers and streams to the main reservoir. In such places, the water column is most saturated with oxygen, so here directs the whole fish fry, yearned for over the winter in fresh water. Zander and other predators, in turn, come here to hunt for Malcolm.

At the end of March the water in the lakes and rivers are already significantly warmed, and the perch begins to move across the pond, gradually approaching the future site of spawning. The walleye at this time before spawning starts biting, and it can be a lot to catch all kinds of gear, including and spinning.

Bait for walleye in March

Catch fanged predator in March, the spinning and shore and from the boat. Fishing aboard the small vessel spinning provides a great opportunity compared to a colleague rybachego from the shore. The greatest effect gives the jig a method of fishing for pike on spinning. Select the jig head weight according to the depth and currents in the place where you will be fishing. For example, at a depth of three meters and at a current of medium strength, for catching suitable head weighs 8-10 grams, at greater depths and for the weight of the jig will need to increase accordingly. 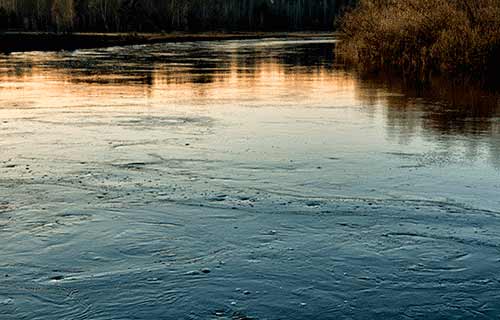 Choosing the bait on the spinning rod, you should consider that in early spring the belly of pike-perch filled with eggs, and the predator reflex does not attack the fish that are larger, so choose smaller bait.

In the course of and twisters, and vibrohvosta. Preference is given to the bait size up to 7 inches, large size is used after walleye notes caviar. Well spring has shown silicone lure from the company Manns Predator dark colors.

Perch can be easily caught in March on the following silicone bait:

Going in March for spinning fishing for perch, taking with them not only twisters and vibrohvost, but other baits.

Good show themselves when fishing fanged predator lures such as spinners:

In open water any time of the year fanged predator caught in a narrow elongated body of the spinner. Early spring is necessary to give preference not too large and lengthened the spinners (remember: the belly of a pike perch stuffed with caviar…). Device spoons is so simple that the manufacturer have to manage to create quite an unhealthy lure, therefore if the bag is not there is a surplus of money, then buy domestic products. On the domestic spinners walleye caught very, very bad.

The mandula pike caught better in the spring when it starts to go in shallow water. Many anglers for walleye fishing in the spring prefer homemade baits made of foam. The preferred baits pale coloring, able to catch in the middle layers of water (up to 2-3 meters depth).

Spinning on the spring perch

For walleye fishing from shore in the spring of the spinning form the desired longer — from 2, 5 m to 3, 0 m, such rod can be easily made long and accurate casting of the lure. If the fisherman catches from the boat, it would suit spinning a shorter — up to 2, 5 m. the Spinning and particularly its tip should be very sensitive when using jig lures.

Typically the perch does not provide much resistance, so it is acceptable to use a form with small values of the test — the top number can be up to 20 grams, but if you intend fishing on a strong current, where the fish walleye will be accompanied by significant water resistance, it is better to use spinning large value of the test is to 35 grams.

Spinning for Zander is desirable to provide a bait casting reel, but the fit and normal bezynertsionnoj, if only it was a good, reliable clutch. Quite suitable reel size 2000-2500 according to the international classification.

Braid — what to choose for Zander

Often spinning for catching this predator in the spring, equipped with a thin braid with diameter up to 0, 14 mm. This thickness of the cord is sufficient to pull the fanged predator weighing about 2-2, 5 kg. However, if the bottom of the reservoir in fishing much snag, then put the braided line and thicker in order to be able to rip the bait from the hook (if the hook is hopelessly durable, the cord will have to cut). The jaws of a pike perch not so toothy like pike, there is a possibility to use a leash in the vehicle spinning. If pike are often caught in the bycatch, it is better not to risk and to put a metal leash.

Tactics for catching walleye in the early spring in March

In March walleye caught, sometimes even with great success — a skilled spinner can catch a dozen and more fanged predators, sometimes there are also trophy fish. In March, the predator after the winter is in a weakened state, not moving very quickly, so do the transaction leisurely doing compared with summer fishing just long pause. 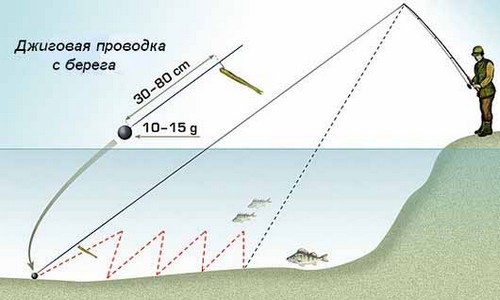 At this time, the perch moves a little on the water, therefore the fisherman must actively seek fanged predator. Not worth more than an hour to stay in one place if there are no bites.

Pike does not have much resistance when playing, even in summer, so the main task of the fisherman is to not let the predator to sink to the bottom where he will have the opportunity to go under a snag or other obstruction where it will be impossible to withdraw.

Although perch and not the most cautious fish, though anglers need to take measures so as not to scare the fish. You should wear a color that does not contrast with the landscape. You should pay attention to which side the sun is, especially in the evening. Fish sees the silhouette of the fisherman against the setting over the horizon of the star.

It is useful to monitor the sharpness of the hooks of the lures, especially after hooks for the stones. You should have a fine-grained block. For sharpening hook and fit a matchbox — sulfur side it will replace the block. It would be a shame if the walleye come off the hook because it natoplennoy.

If on the line or cord formed knots in places where they are not needed, then get rid of them — lure better to tie up again. Knots weaken the quality of the line.