Fishing for roach in June, on a float with the proper and correct approach to business — very interesting and profitable occupation. This requires choosing the best location and time of fishing, to collect sensitive and reliable tackle, to choose from a variety of tools and baits the ones that the fish “taste” in the first month of summer.

Fishing for roach in June. 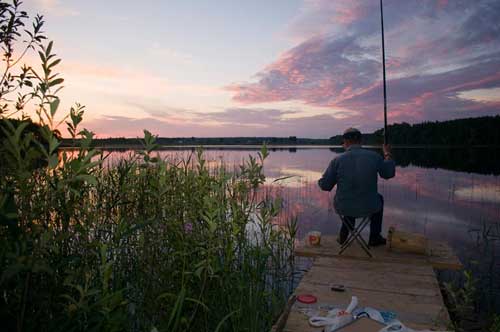 Unlike the other two summer months in June, the fish is behaving differently than in July—August. Effect a gradual increase in water temperature, the active development of aquatic vegetation, the emergence of a large number of aquatic insects. All this greatly improves the forage base of small fry, making it very legible and whimsical. Also a gradual transition from warm spring weather to summer heat imposes influence on the behavior and habits of fish.

So unlike spring active roach in June of this fish is gradually moving towards a settled way of life in close proximity to the rich food places. Medium and small species prefer to stay in medium and large flocks, larger specimens prefer a cluster of no more than 5-10 fish. Motor activity of the roach in this time compared to the spring small fish makes long movements in the reservoir, avoid places with strong current

The most active biting roach in the context of day early morning (at sunrise and up to 7-8 hours) and late evening (from 5-6 p.m. to sunset). In the days with cloudy weather and quickly passing warm (“mushroom”) rain the bite may become active by day, especially before a storm and after it.

Where to look for roach in June

The choice of the fishing of the roach in June depends on the type of pond in which it lives -in the flowing lake, a large reservoir, river, small stream. 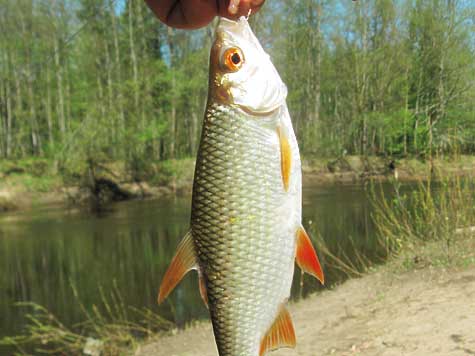 In flow-through lakes and reservoirs roach to be found in the following places:

In the rivers this fish in June, prefers such places as:

In the creeks of the roach prefers to stay in places with little flow, rich aquatic vegetation and a depth of not less than 2.0 metres.

Tackle for catching roach in June

Float fishing rod universal tackle for catching most species of fish in the season of open water. Is no exception and the June roach. Using float tackle to fish for roach in early summer in ponds with stagnant water, and on the course. This differs not only equipment, but also the applied method of fishing:

Rigging up a fishing rod for catching roach

For fishing in running water to depths of over 2 meters and the far casts the snap-in float fishing rods consists of the following parts:

When standing water depth is not more than 2.0 metres and a small distance casting tackle used consists of the following parts:

Also for catching roach used match fishing tackle, consisting of rod quick male standing with a length of 3.9 to 4.2 meters, the coil 3000 wound with a wire cross-section 0,14-0,16 mm. Caught roach with such gear, using a remote installation of the large float “, wagler” General ogruzka to 20 grams.

When fishing for roach ogruzka float should not be concentrated at one point – 2/3 shipping should be placed at a distance of 20-30 cm from the float and the rest is distributed on a line in equal distance. The most recent, in place of fastening the leash to the main line shall be the shepherd – 1-2 small pieces, ensuring the final ogruzka float and its high sensitivity.

This is necessary to ensure that after casting tooling was immersed smoothly enough, covering thereby all horizons of water, which can stand at the moment, fish. Moreover, when concentrated at one point the ogruzka the risk of tangling and tie-ins snap-in for the float at too sharp casting.

To catch a roach in June

Caught roach in June of the following nozzles of plant origin and bait.

Bits of vegetable origin more active fish takes such as:

Of baits in June roach prefers:

Bait for roach in early summer 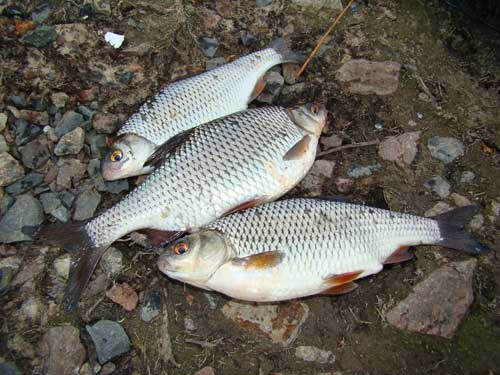 When fishing for roach in June, used as a bait store and made by yourself. The main components prepared with his own hands, the bait mixture are as follows:

The resulting groundbait mixed with turf soil and clay to a consistency that when casting and dip bait decayed too quickly, thus attracting to her small fish – bleak,bleak. Throw prikormku fishing roach pit and the Bologna float tackle hand, when using a match rod and a long range throw – with a special slingshot.

When fishing for roach in early summer in addition to the basic knowledge and skills can be successfully applied to increase the catch the following techniques:

3 Comments on “For roach in June with a fishing rod”