The object of fishing is widespread in the Northern hemisphere, in the fresh waters of Europe, Asia and North America. Found in the brackish areas of the seas, the salinity of which does not exceed 12%. Catching burbot in winter, the Squealer is different from the usually passive fishing. But not less beautiful. 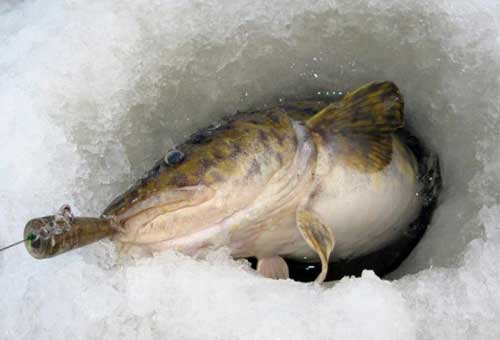 Burbot prefers bodies of water with cold water at the bottom of which a lot of stones. This bottom-dwelling fish. The colder it is, the more active. Adult length is a maximum of 1.2 weight kg. 24 Most of the catch consists of 70-inch and 4-pound fish.

The rate of growth of burbot is determined by the temperature regime, natural base wad. The maximum life span of burbot is 25 years. Age of puberty varies in the range of 3-7 years. This difference is due to the habitat. Time of spawning also dependent on the geography of the reservoir, November – February. The fertility of the female can be up to 5 million eggs.

Nocturnal activity of burbot in the winter

Burbot belongs to the night predators. Its diet includes fish, rarely insect larvae and crustaceans. Juveniles eat invertebrates, including zooplankton, and the eggs, larvae, juveniles of some herbivorous fishes. 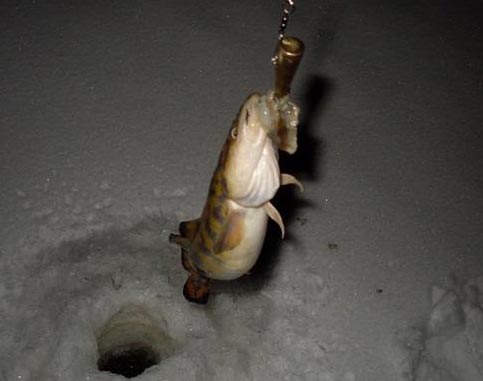 Unfortunately, the current environment, poaching leads to a decrease in populations.

Some fishermen think fishing for burbot is a passive activity that involves the installation at night gerlick, or baited with worm or small fish (both the living and the dead). But few people know, there are other ways of catching burbot. And fishing this active, involving direct participation of the Fisher in attracting benthic predator, his sense of biting, hooking, and also the withdrawal of the struggling fish.

Tackle the “Squealer” on burbot in the winter

For active catching burbot in winter used design, called the “Squealer”. For those who don’t know, burbot, with not too good eyesight, perfectly responds to the sound stimuli and the smell of the bait. 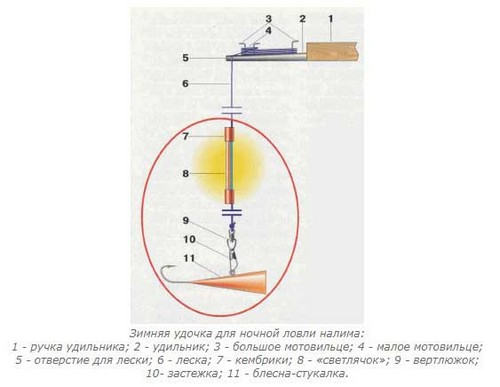 Tackle works both day and night. However, the catch more impressive, according to many seasoned fishermen are in the evening twilight. These fish are in proven areas, where 100% is the burbot.

Where to find burbot in the winter

Fishing in more productive waters with rocky or sandy bottom. The sludge reduces the volume of the sound when Bouncing the bait along the bottom. Knock it attracts burbot in this type of fishing. Strikes the bait on this bottom burbot hears from afar and rushes to the crash.

To enhance a kind of “ringing” attractive for burbot, it is possible to attach to the lure of the auxiliary sources of noise. To do this, fit the hooks-hooks, rings… When hitting the bait on the ground these items make sounds that initiate the hunt burbot.

What bait to choose for winter burbot

Also burbot caught on spinners used in the winter. However, they proveshivajutsja additional metal objects (listed above). Many fishermen use the winter balancers. The catch guarantees and a combination of two spinners (usually medium and small, with a small treble hooks). Burbot is on a simple lead sinker, equipped with two or three hooks.

Given the fact that in this type of fishing often take medium and large burbot, the minimum thickness of the line should be around 0.3 mm.

Techniques for catching burbot in winter for the Squealer

Fishing technique for a Squealer is quite simple. The lure is lifted above the bottom of approximately 35 cm, and then throws himself on the ground followed by a rapid sinking down of the rod tip. After a couple bumps on the bottom, the bait can be a few seconds to mess on it, then lift above the ground is 15 cm and hold in this position for a few seconds. Then again to drop to the bottom and again to lift. At this point benthic predator usually performs the attack. 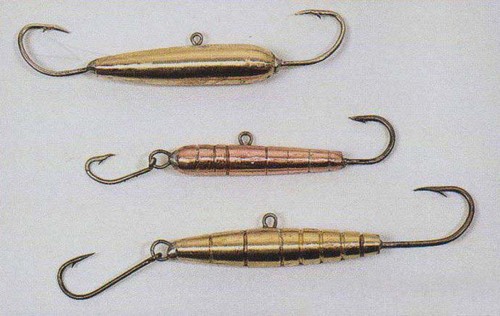 When is the best time to catch burbot on the Squealer

Fishing really interesting just before spawning. However, the company newly established ice, and later, when the ice reaches at least 20 cm thick. Useful snow. At this time, cloudy days burbot can be caught during the day. Beneath the ice darkness reigns, that determines the success of such fishing.

Want to surprise your relatives and friends large specimens, place a bet on a fishing trip in mid-February.

What is the weather boring burbot

It is worth mentioning the factor of the weather. It is well known that the activity of benthic predator increases significantly during extreme pressure, in a Blizzard, snow and wind, in the days when the sky is completely overcast. But the influence of lunar phases on the bite burbot anglers have no consensus, but most fans still thinks the full moon is not the best time to hunt the fish.

Experienced fishermen say that fishing for burbot in the winter it is more rational to use several types of gear:

For the second tackle holes better drill in advance and near the established zakidushek.

The Squealer for catching burbot in winter your hands

Shop the Squealer is not to buy. It is, as they say, with their hands. For the manufacture of catchability bait requires a copper plate with a thickness of 0.8 mm. Dimensions:

How to make a Squealer? In the middle of the plate on the future bend drill a hole. It will strengthen the loop, to which you will attach the fishing line. Bend the plate so that its shape resembled a sloping roof with an upper angle of approximately 110 degrees. 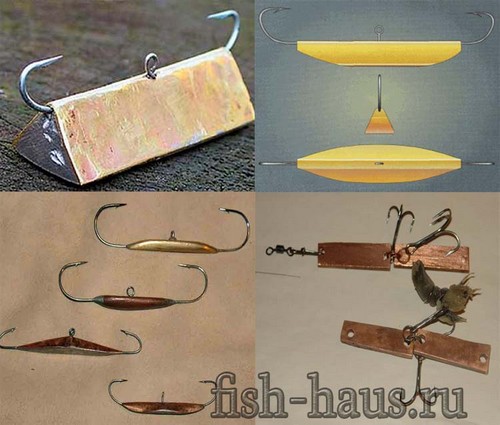 On the sides of the structure, place the hooks № 8-10 at the domestic classification. Collecting design, solder and hook-and-loop to their seats, and “roof” cover with lead, then trim with a file. Hooks to try to plant the pieces of live bait, to attract not only sound, but also smell.