Let’s start the story with, what time of year you can spend the same method of extraction. He held almost all year round: in winter, summer and autumn. Suggest to read the article fully, so as to not repeat make sense, and the similarity in the hunt at any of these times of year present (a selection of weapons, ammunition, the methods of the blind, where meals are boars) and will have his trophy.

How to find a boar in the winter

Before you can continue to share knowledge in the first place is to talk about the object of hunting. Wild boar is similar to pig home, reaching large sizes.Is mind, intelligence, and strength proves their superiority at any point you want.The hunter should fear him, especially if it is hardened cleaver, reached the weight of 200 kg. to the smell of a man is not difficult from a distance of half a kilometre.If hunting in familiar woods, I suggest not to run hurriedly and prepared in advance, thereby increasing the chances of a good catch.

The first step is to find traces and to determine the place of maturation or dnevki. To make it more convenient to just after fresh snow, the traces will be read much better, besides the recent snow creaks and cracks under your feet, it will be easier to get closer undetected.

This can help a hunting dog that would pick up the scent as familiar, and not in familiar woods, in any case, they make it easier than a man and hunting will be successful. Unfortunately, dogs are not every hunter, so it will start from the fact that they are not. If you can find traces of not get and dogs there, we suggest you go to hunting farms, which have their feeding grounds. Huntsman households know the feeding time of the beast, the place of entry and exit, which significantly simplifies the process of hunting becomes much easier. 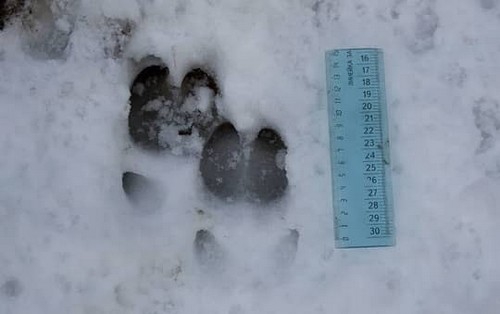 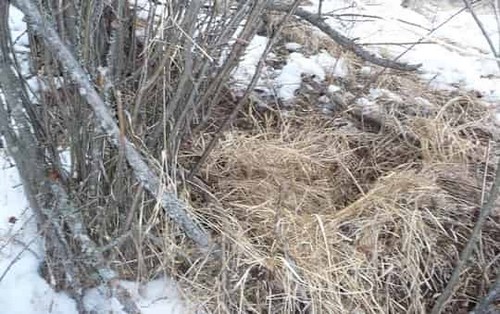 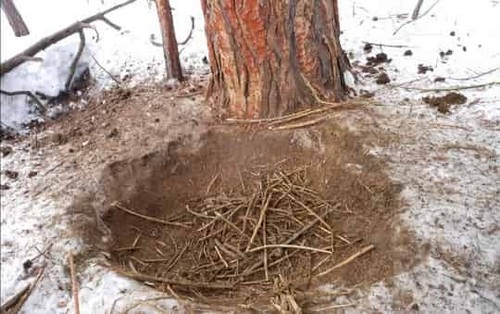 How and where to find boar the day

Hunting day starts before dark, when the sun isn’t up yet. Carefully approach the exit of the beast and take his position. Suggest to use the surrounding area for camouflage: trees, large bushes, rocks.If you have already tracked down animals, you should move only at the moment when they feed, wait until all will start eating. Up to this point they look at and listen to the environment. If, at the time of feeding the boar wag their tails, it means that the animals are calm and not anxious. 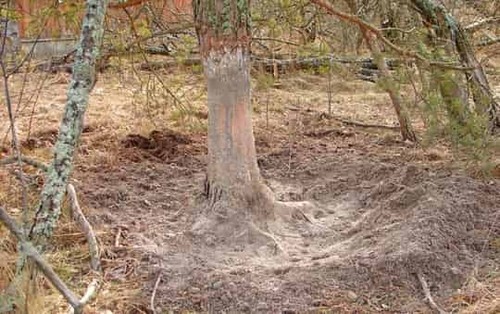 Hunting at night can be done with under-barrel flashlight, with the use of a thermal imager or night sights. The most affordable is the use of a tactical flashlight, which bracket is attached to the weapon. More expensive options — is night sights and thermal imagers, using them will feel like a day. Look for boars should be on the feeding grounds, and utility bills.Take your time to shoot. Wait until each individual bend to his handful of feed and begin feeding, but even at this point, juveniles can run from place to place, so think carefully before you fire.

After the shot take the time to approach the beast, even if it seems that he placed at the spot. To start is to reload. Will continue to monitor the production, paying attention to his ears. If they are, then that means he’s still alive, take the time to approach him. In the case of uncertainty it is better to make a second shot. If the ears of the animal are, waiting can move to the trophy.Clothing should be warm and silent. The rustling and cracking, the noise from friction of tissue is disturbed and will frighten away wild boars. Top worn winter camouflage.

The nuances and search for the animal in the summer 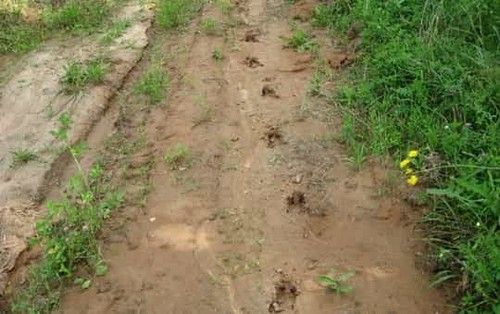 I advise you to read all that is described above, as methods largely monotonous, and differ in small nuances in the hunt at different times of the year.As we running, first note that in the summer it will be much harder to find traces of the animal. In this case, will or dogs, or good knowledge of the surrounding forest or huntsman. Which option is more accessible you can choose.

To find traces of the summer more difficult, so let’s focus on this point in detail. This period is nakalivanija fat, animals are in constant motion, giving the hunter obvious advantages in the approach. During the movement of the herd makes a lot of noise interfering with each other to listen and take notice. No matter what the woods are: where have already been or is it an entirely unknown place, start with the main question: where to find wild boar.Look for wild boar trail at this time is extremely difficult, animals choose a very inconspicuous crossings and footpaths, overgrown bushes, they will choose this path against the rush on the open space.

Summer is often accompanied by a hot, sultry days, so to proceed in their search should be. Look for gullies, hidden from prying eyes that are overgrown with grass and thick bushes, where the coolness lasts longer, which does not penetrate the summer sun. Animals difficult to hide from the gnats and pesky mosquitoes, pigs are struggling with this scourge through mud baths, so this is another place that you should look for in the woods. The same mud bath helps them to regulate body temperature, as they are deprived of the usual we sweat glands. They simply need is some time in cool water or a puddle, thus solving several important problems. Also, if near a forest there are fields planted with oats or corn, then you should look for traces of the beast. Clothes is to choose the same non-noise.

How to find wild boar in autumn 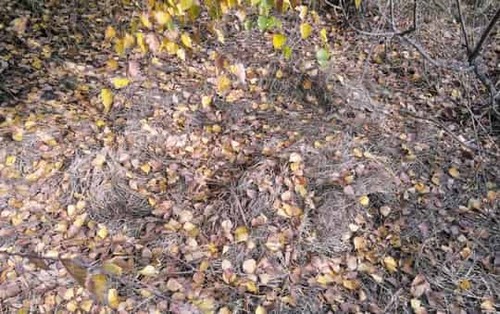 The transitions of the animal at this point do not change much in comparison with the summer period. You can find them in the same places, with the exception of one field planted with humans. The thing is that in autumn the harvest begins, and in early autumn, wild boar can still be found on field margins, where they border with the forest. After harvest the animals of inertia visit it, eating the leftovers. Wait for them, in this case, is night.

After the crop is removed, and in the fields there is nothing left, wild boars go into the forest, their diet switches to natural feed, now to hunt should be in another place. Since the beginning of the autumn period before the winter begins the mating period, during which it is not uncommon to hear fighting males. Overall production in the autumn period is not much different from hunting in other seasons, therefore, to again move on to another important item, such as choice of weapon.

What gun ammo to use

First and foremost, the weapon must be reliable, and this is where you should start. Generally you can use as rifled and smoothbore, very much depends on the choice of ammo. Consider a shotgun. If it’s a choice of shotguns, many prefer a 12 gauge using slugs in the cartridge. It is important that the bullet had good stopping power, as during the approach you can be very close to the beast, and stravou it is very important to produce accurate, well-aimed, lethal shot. A bullet in 32 grams is considered to be the best option. Hunting with the approach is shooting from medium or close range. At short distances the best established modifications of the bullet Poleva. 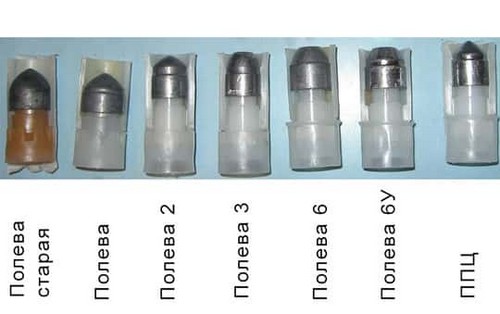 In brothers ‘ of fingerlings allowed shooting buckshot 8 mm with a distance of not more than 30 meters, because at large distances, the spread of buckshot is very strong, and knockdown is waning, which could lead to wounded game. If you have rifles, then you can move forward with him, taking the bullets of 7.62 mm. If shooting will be conducted on the pig or the pig, is justified by the use of cartridge 7.62 x 39. For larger trophies suggest to use bullets with more stopping effect, such as .308 WIN, .338 WIN or 7.62 x 54R.

We have considered all the main issues arising from the novice hunter who wants to participate in such a memorable and fun hunting. I hope the material was useful, and the reader will find a lot of useful and new.