Badger — beast, featuring a serious nature that pose a danger to dogs, which is hunting.

He fearlessly and resolutely protect their homes and themselves with powerful teeth, the sharpness of which could help to break the skin of a dog.

Accordingly, to hunt such a beast have such a dog that would match the badger of courage and fearlessness. She is a Terrier. 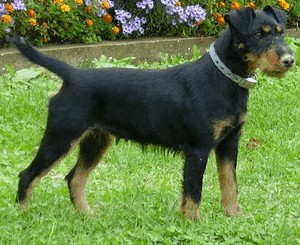 Terrier has a body type that is distinguished by its proportionality with the low growth, small size, elasticity of the muscles. At the same time, he gambling, with great adrenaline, rapid, capable of a long time of persecution, wary of noises.

In this breed of dog inherent aggressiveness and anger in relation to the pursued animal. It therefore differs from other hunting dog breeds.

Hunting hunting happy hunters for their reliability, efficiency and performance.

When the dog reaches the age of eighteen, the owner needs to introduce her to hunt badger. Initially, it is protravlivanie agda a badger. 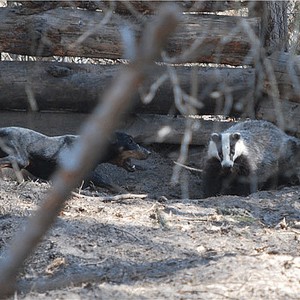 At first he must go through the process pritravki in specially made holes. At this time the owner is watching your pet, controlling and adjusting it in the right moment, render him the necessary aid.

Hunter, going by yagd into the woods, bringing her already checked the area where it is assumed the presence of badger holes. Their burrows are custom is in places where there are slopes.

Upon detection of a hole the dog is released. He ran into her, she might lose you there for a while. Researching burrows, the finding of additional inputs and the badger.

If badger is discovered, it is likely that yagd will be fond of his capture and keep him for unclenching the teeth. This will create problems for the hunter.

The perfect scenario for catching badger hunting Terrier – strangulation and the removal of the hole.

Especially hunting with a Terrier on a badger

Badger night, and leaves his burrow at this time of day, so hunting is carried out mainly at night time.

It may be easier to hunt when the night is clear, thanks to the full moon to give yourself the ability to navigate the terrain.

A hint of what close badger’s burrow is his toilet, which usually is located within walking distance from the burrow approximately 100 meters from its entrance.

If hunter found out that the hole is not abandoned, and badger live in it, it means that he is near, as it does not have the habit to leave his home, moving away long distances. 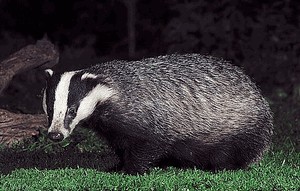 The process of hunting 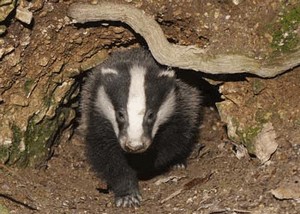 The process of hunting for a badger with a Terrier may pass these ways:

Hunter, waiting for his pet on the surface, needs to follow these rules: a)standing at the entrance to the hole against the direction of the wind, b)to choose the right angle for firing,) to calculate the correct distance to the hole.