Everyone knows that it is slender and graceful animal is considered a worthy trophy. Having obtained it, the person immediately receives the grease and meat of the highest quality, best skin that serves as the basis for the suede, and also the horns used for other purposes. Often, the skins used for the production of reliable, durable, and warm clothes. 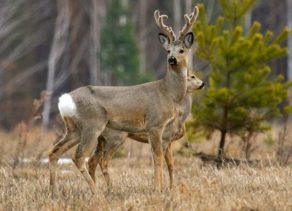 Difference of the Siberian group in size, because of the East-Siberian is slightly larger than. Both groups meet in the river valleys, dense thickets of reeds and also in coniferous and deciduous forests.

The types fall hunts for deer

From the beginning of the summer rut season begins and lasts until late autumn. Throughout this period, the ROE deer fierce and often slaughter each other to the death. Males continue to pursue females is not yet fully exhausted. As soon as the rut ends, have a large herd and starts a new period: the time of the fall transition.Before autumn travel alone, and then create small groups among the add be sure to have one suitable male. 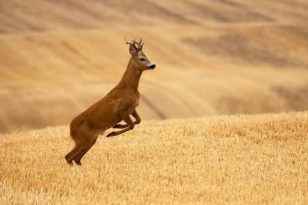 First let’s remember what habitat and what behavior is peculiar to them. In the autumn begin to regularly migrate from one place to another. If snow falls, they choose areas with little snow.As the river passes, and not allow the deer to move on, they often stop close to named places.Wind and rain is called the great weather. This is for several reasons:

Every hunter can be attributed to the group of beaters or the shooters. In the past paddock hunting was very popular and it could take up to 50 hunters.Now this is going no more than 10 people. We recommend one day to spend 3-4 of the pen, with hunters constantly change roles so that everyone could be a shooter or a beater.Can help in two aspects: the title of the territory, as well as an accurate understanding of behavior and habits. It is best to make noise when it starts to run, it prevents her from concentrating.

Senior is assigned a group of hunting or farming person engaged in the distribution of roles, giving someone the task to lie in ambush (in the room), and the other to be in the fold (the beater).A well-selected place will depend on knowledge of the area, terrain and animal behavior. So often in the role of head hunting is appointed by the person representing the hunting land is hunting.

After everyone was assigned their numbers, hunters are strictly forbidden to leave their seats, talk, smoke and noise.
Must be met the main criteria of place for the room: the ability to disguise the area, excellent visibility, visibility, neighboring rooms and the wind direction — it needs to blow on you. 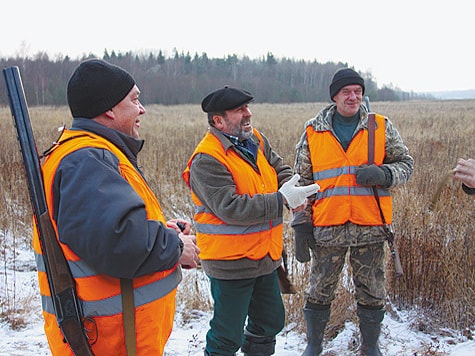 The panel beaters before the hunt

After all shooters have placed on movement begin beaters. They move noisy, talking to each other, making loud cries, banged against the trunks of trees with sticks. While dressed in a bright orange uniform of primernosti. The main task — to raise an animal and send him to the line of fire in an ambush.

The video below shows a good paddock.

Hunting deer from a blind (approach)

If you aim for a successful outcome, in this case, the method is suitable for experienced hunters. Must be familiar with the venue, see the exact locations of feeding and resting animal.

The beginner should start with a search for traces. Next, to determine the direction of movement of deer and their numbers. Thus it is possible to determine the approximate areas of habitat, feeding and rest of the animal. 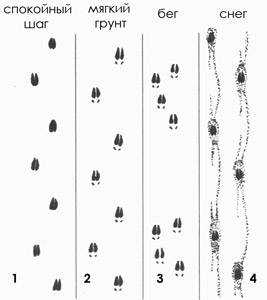 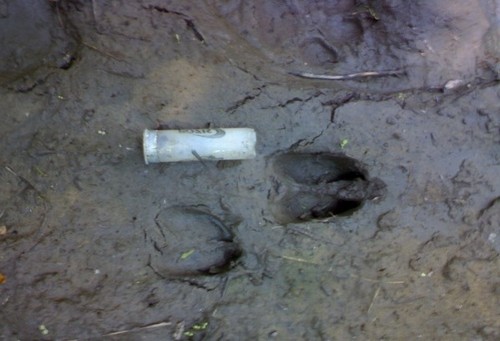 Size of the hoof, for clarity, is compared with a cartridge 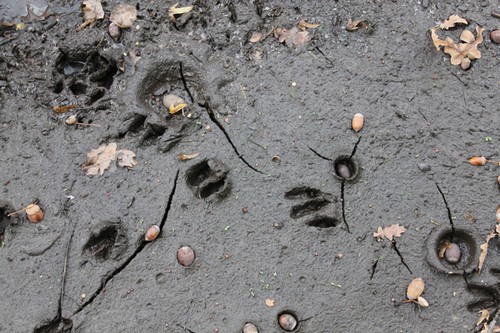 After the detection of places of an animal to start the process. On is the place to be before dawn. What would the deer smell humans and was not anxious need to move against the wind.

Vision and hearing they have excellent, care should be taken to disguise (camouflage), move silently maximum. Raised the head of the deer means that she listens, the movement at this point is not welcome. When she lowers her head to feed — the perfect time to start approaching.

After approaching to a distance of an accurate shot it only remains to get the trophy.

The best places to search are:

Hunting from a tower 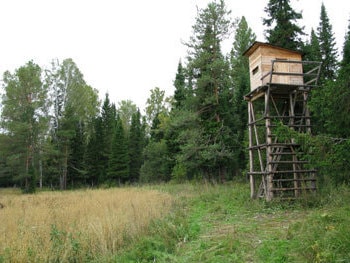 Does not require hunter no special training, no special skills and knowledge. Depending on the comfort level of the tower the hunter is in it for a long time.It is hidden from the weather, autumn is often rainy, which reduces the feeling of being in the woods.Space for installation choose a number of ways. If a herd of ROE deer was found and know where they feed, come to drink — there is the place to place it.

The second method is much easier. The person chooses where to put it, creating a comfortable environment for the pet is making the watering hole or feeding area. Eventually came the animals are at a distance of an accurate shot.The video clearly shows the process. Several experienced hunters pre-sighted their weapons move in to the tower. Taking up a position in the field of glimpses of wild boars, today, they are lucky. A little later appears and the deer and good aim, made the shot. As a result: obtained the trophy.