Hunting people do since time immemorial when it was a means of survival, now it is rather a sport, with the exception of some commercial fishers indigenous peoples. The duration of the hunting season is clearly regulated, shooting some animals require a licence, to such animals include marten-kharza. 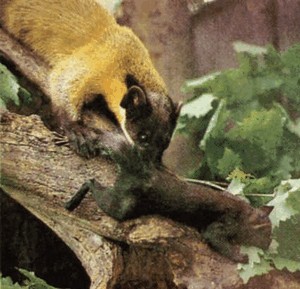 The animal has been living in Western Siberia and the Urals, the Caucasus, Belarus and Moldova, it can be found in spruce forests, deciduous forests, and pine forests. Kharza is a relatively social animal, although they are not called a flock in the full sense between animals no close ties.

Despite the fact that marten this species prefer to hunt in pairs or broods, they prefer to relax separately, though located close to each other. 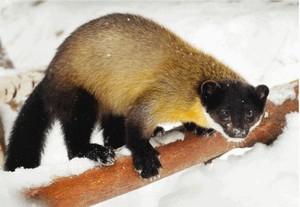 Animals are not bound to any single habitat, most of the time they spend in search of prey, with the exception of females with a brood that go into the most remote areas of the forest.

In winter, animal in the day overcomes 10-20 km, nothing stopping. On vacation prefer to stay in the hollows, the inversions of trees, piles of fallen trees and river creases, the crevices in the rocks. 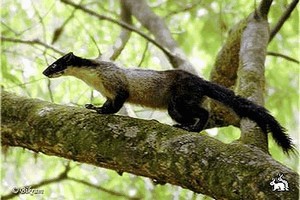 The season of hunting for marten harsu begins October 15 and continues until the end of February, the season length may vary 2-3 days depending on the region.

With a significant reduction in populations of hunting time may be prohibited, or Vice versa is open, if earlier, the hunt for the Harz in the area was not conducted.

Before hunting you must obtain permission (a permit) and name a single license, issuance of documents is carried out by the organization with legal right of use. In most cases, it is a local trade organization or regional society of hunters.

If the area of hunting is unassigned, the resolution to issue district game Manager, it also can be issued in territorial ketoprofene.

You should also know that marten kharza included in the CITES Convention, according to which the export of live or dead animal, its skins and things made from them, requires special permission. 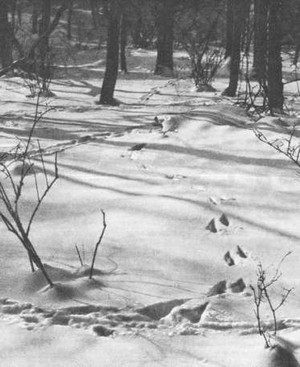 The most interesting way of hunting at marten Harju is considered to be a hunting we will Tropinin, in this case the hunter must know a lot about the habits of the animal to be in good physical condition.

You need to be prepared for the long treks on skis through the snowy woods, hunting it is recommended to start in calm weather immediately after a snowfall, when the tracks are clearly visible.

In a quiet, clear weather, marten kharza not wander, leaves a net short trail for which it is easy to find. In the winter, especially after a snowfall animal travels exclusively on the surface of the earth, as the snow on the branches is an obstacle in order to climb the tree.

Marten kharza in the winter time is nocturnal, its trail can reach to a distance of 15 km, so even in good weather, to have to circle for hours before to find a place in the resting or breeding animal.

In windy weather to hunt for it, as the wind knocks the snow, the marten leaves on the trees, the trail is lost. Experienced hunters never go exactly in the tracks Harz, to save time, they bypass the intended place of hunting of the animal, this method is applicable with good local knowledge.

In the cold season Harty prone to choose a wood and squirrel hollow. Upon detection of a marten in a hollow tree not recommended to stick their hands in there or knocking on the trunk, in the first case, the animal can bite, the second immediately POPs up and quickly disappears from the field of view. 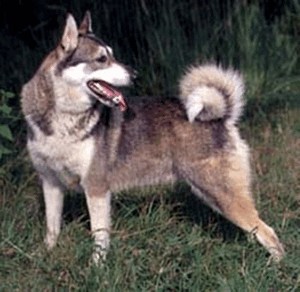 This kind of hunting is considered to be one of the most rare, the main challenge lies in choosing a dog, it should go clearly in the footsteps Harz without being distracted by other animals.

In this case, choose hardy young husky with a great hunting experience and the ability to follow the beast hem. In windy weather the marten goes on the tops of the trees experienced a dog with a keen sense of smell needs to recognize her route in this case.

Upon detection of the animal in the hollow it is possible to try to smoke if the dog started to bark at the shelter, you must be ready to shoot at any moment, as the animal POPs up instantly.

Sometimes the marten can jump into a dog, in this case, you must help to kill her as quickly as possible.