The elk is a large and powerful animal. Its maximum weight is 500 kg and a length of 2.9 meters. This trophy want to get almost all hunters, but it’s not for everyone. Elk hunting has its own characteristics. It is mainly determined by the habits of the animal. He has good hearing and sense of smell, but not sharp vision.

What is elk hunting during the rut 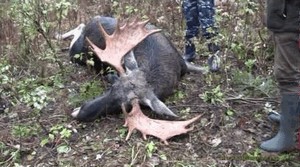 There is a time when feelings moose dulled and it can be easily reached. This time, “mating”, which are called “gon”. In the autumn the main purpose for the animal is procreation. Elk make sounds similar to a prolonged dull roar, someone argues about its similarity with a grunt and a groan.

So called hunting “on a roar”. You can often hear “PSA” and “moan.” The variety of names is determined, above all, a region where hunting is conducted, its dialect features.

The choice of weapons

Proper choice of weapon depends on the life. The main principle States that it should be “usual”. If you have incredible accuracy, skills and experience, and “not adjusted” is your lost chance. 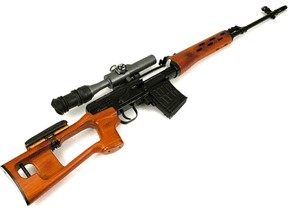 Elk hunting during the rut implies a small distance to the beast, so stop your choice on the bullets of the 12th caliber. Suitable for both smoothbore and rifled weapons option.

There is no single opinion regarding the optimum. It depends on the material possibilities, experience and preferences of the hunter. Someone enough SKS-45, while others prefer a sniper rifle with a powerful carbines. But what all agree hunters, is that elk, applicable weapons designed on a strong beast.

If your choice was a smooth-bore weapon, then take the multiply option. A few shots may not be enough to hit this huge powerful animal. Semi-automatic models T03-87, MC-21-12 are considered good choices.

There is a disadvantage – a big delay in the shooting. And this is an important factor. A good option are considered to be imported and the type of trunks “Deerslayer”.

If you are a competent hunter, and decided to shoot from a distance and not come close to the beast, your option – rifles. The most common calibers for larger animals carbine “Berkut” are 7,62x54R, 308Win, 7.62 mm×39.

The shop is designed both for 10 and 5 rounds. The type of fuse fitted. In respect of this representative of a lot of opinions. The choice is yours.

Below you can see videos on the topic of hunting elk on a roar. Pleasant viewing.

The time and place for hunting

A license for hunting elk not just buy. If you chose this animal, then you need to prepare thoroughly. Moose is a fast and powerful animal, it is not necessary to hope only for luck.

The optimal time of year – autumn. Usually the moose rut begins in early September. But it may be delayed because of too warm weather. Hunting may not take place not only due to the transfer of the “mating season”, but due to the vagaries of the weather.

If the street the rain and the wind, it is better not to waste time. The elk will be able to “hear” you, and you it is not. The best time is morning hours or late evening. It was at this time naiboleye moose is active.

With time determined, but to understand where hunting will be productive. The main objective is to find elk and current. 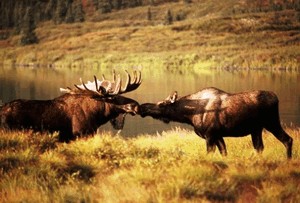 It is defined by characteristic features:

The trained eye of the hunter will always find these are the features that will seem inconspicuous simple disinterested in this matter man. An interesting fact is that these places remain unchanged for a long time.

If you found this site this year, believe me, hunting for the next season will be productive.

Tactics and method of hunting

During the rut to attract the animal hunters use decoys. In the West there in the open market and are very common electronic decoys. In Russia they ban. So have to settle for their own skills and the materials at hand.

Experienced hunters make similar sounds, folding palms in the form of a horn. Overdo it it’s not worth it. Moose is a clever animal with good hearing. He will immediately hear the hypocrisy and will not go to your “call”. Uses sounds that mimic a roar as the male and female.

The most common the first option. Animal aggressive is responsible for this “decoy” and is suitable for close distance. Moose thinks that the opponent came in on his turf and is willing to accept the challenge. 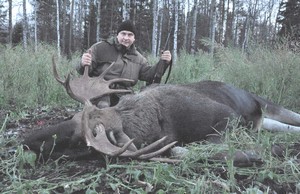 If other types of hunting important to observe silence, in this embodiment, the opposite. You can not only go leisurely gait, but to break a couple branches on his way. This behavior will go only in plus.

Recommended number of hunters: two or three. This number is determined, first and foremost, the possibility of an accidental discharge. Hunting is noisy and fast, so his brother in the bushes nearby, can be taken for the approaching moose. One hunter usually calls the beast, the other – makes the shot.

But the choice of semolina depends on the desired instance of the animal. Usually the hunting is conducted on old moose, not young, not leaving offspring. Of course the older members are not as beautiful horn, but to draw them out much easier. On hearing the warlike call, he immediately accepts it.

If he was not attracted by a decoy, you can make some noise, breaking branches. He definitely will not forgive you for such insolence. This behavior will provoke the animal to get it quickly raged opponent. He goes to the firing range. This is your chance, don’t miss it!

Hunting during the rut is fleeting. This time is not more than 10 days. Until you find the right place to learn, enough time passes. If you get a chance, you should not ignore! This possibility may have more you will not be presented this year.

All of the action hunters must be quick and coordinated. There is no time for delay or hesitation. If you are going to shoot you a moose, he can attack you first. Mercy in this case, do not wait. Elk are very aggressive during this period.

If your goal is young male, you need to call him the voice of a female. Otherwise, he was afraid of the older and experienced opponent. It is not something that will not go your way, moose will rush away from the place of call. If you hear that the beast is on your calls do not need to re-use a decoy. He can hear the catch. A valuable trophy, then you definitely should not see.

To lure the animal out of the thicket one call is not always possible. You can use his sense of smell. For this purpose, special solvents, similar in smell the fragrance of the female. It’s important to remember that the beast should feel familiar flavor and not mix it with your own. Clothing before hunting you need to handle neutralizing odors.

Moose hunting on the rut is a great choice for the adrenaline rush. She’s dangerous and exciting at the same time. But don’t forget about the safety rules and discipline. Be vigilant, be patient and let the luck will not pass you by!