To hunt grouse from September until late autumn. Broods the break up and the birds start to respond to the sounds of semolina. Hunting in the fall is especially considering their chances of success increase. It is important that everyone try to comply with the ethics and contributed to the breeding birds.

Consider what you need to know before you go hunting.

In cold and windy weather the bird will not go to the decoy. In a quiet and clear responds great.

How to find grouse in the woods and lure

The main habitat of the spruce forest, among which are birch, aspen and alder. Love the streams, ravines and other clutter. High pine and hardwood hog tries to avoid. Watch the video with the real hunting, which clearly shows the process. An experienced hunter uses a decoy and does not remain without a trophy. Listen to the tone of the whistle, the duration, pause, etc.

The character and behavior of birds

Grouse are alert and trusting. It all depends on location and habitat, and behavior of hunters. The male dared, is for the female to end. The female often ends up on the first shot. Before shooting, the hunter should make sure that shoots male. The hazel grouse is a good sleeper. To do in the forest before dawn nothing. Active awakening of the birds seen at the 9-10 o’clock in the morning.

Pneumatics has several disadvantages. One shot reduces the chances of a direct hit. When firing shot the chances are high, at the same time released a lot of charges. The advantage is the silence. After the shot, you can continue to hunt and not stravou scaring away all birds in the area.

Hunting with a decoy 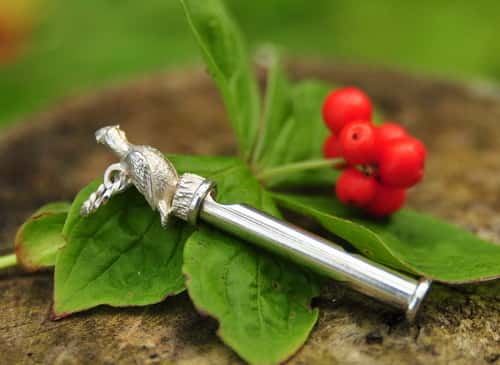 The process is divided into several main situations:

Briefly let us examine each of the presented situations. Bird seen, and the hunter remains in the field is not its vision, great. It is necessary to keep a stationary position, continuing to pull the whistle. If the grouse were frightened and flew away, continue to lure, and respond to the other. If the bird answered, there is a difficult situation, called among hunters fight. Don’t worry. The excitement leads to a fake game. The bird has excellent hearing and realizing the false leaves. Do not confuse tone, a male and female decoy answer in different ways.

When the bird responded sharply and begins to fly to the sound emitted, it remains shot. Chirping in response to the game means that the grouse doesn’t suspect a thing and flies for a good shot. If the bird responds, but not flying, maybe the thread is a couple or young male. A distinctive feature of the latter is a quiet, uncertain voice. Try to entice quiet as the female and he will fly to the meeting. The main rule – chirp and beckon should not be long.

If the answer is, but not reaching it can mean a meal. On the male, which is an eating can be forgotten. Better to come back another time. If the situation is repeated, most likely a bug in monkey, it is better to stop the drum in this position and try to change. The most important is experience.

Hunting is preferable to to one. Not to invade the areas of other hunters and to warn of their presence. Was a situation when two different hunter used a decoy, and thus communicated with each other. It made them smile, but the incident ruined the hunt. Today it is not very developed type of hunting. There are whole areas where grouse production is almost non-existent, which certainly should please those interested in hunters.

One Comment on “Hunting for grouse in late autumn”