The hazel grouse is a small bird of the grouse subfamily, whose weight rarely reaches more than five hundred grams, and the meat is prized as a delicacy. In fact, until the end of the twentieth century, the grouse was one of the important objects of commercial hunting, now is a popular prey for sport hunters.

Grouse live on one, in pairs, or in dangerous places or in cold climates, in small groups. In the spring grouse are in pairs and the hatching, raising the young animals in summer, autumn settled to feed, and spend all winter on the secretive Parking under the snow or in the Bush, and keeping activity to a minimum. 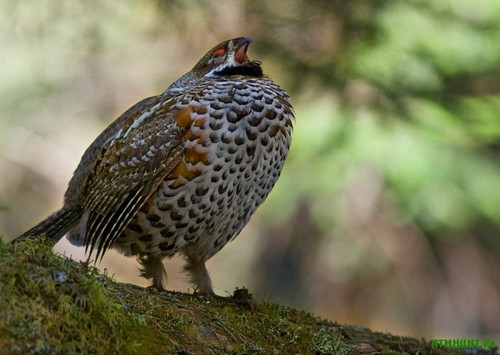 The hazel grouse is a sedentary bird and wintering pairs hatching, raising and then settled with them within a certain area, which protect against other, competing for her birds. Grouse eats berries, buds of trees, in the summer insects.

Spring hunting for grouse, common in Europe, and the most widely represented in Russia (for General data, approximately 30-40 million individuals) is prohibited. The prohibition applied to male and female first grouse is quite weak sexual dimorphism, which allows to distinguish males and females “by eye”, and secondly, males participate in rearing and protection of offspring along with the females.

Thus, it allowed the spring hunting for grouse can be attributed only to hunt in the early spring, when the birds haven’t made a pair, and later, warm in the winter, when they are already beginning to actively respond to a decoy, since the onset of the breeding period.

Features of spring hunting for grouse 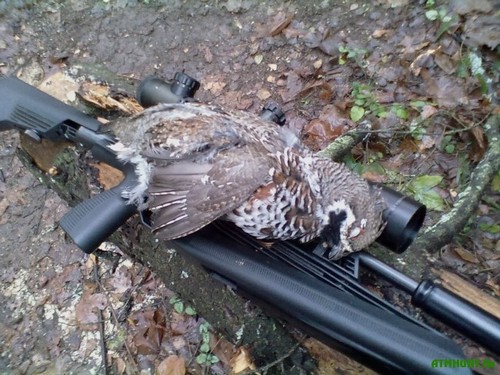 In the spring, the grouse move to active search couples, becoming more likely to cast a vote, move more, expanding the food base and food items. Hunting for grouse in the early spring should produce even in the winter.

In winter, grouse feed on buds of trees (primarily birch) and are limited to a nomadic life, hiding under the snow or in the Bush. To detect the habitat of grouse (they are usually located along rivers and lakes) by the presence of litter and abandoned pits, where dwelt the bird, you can also pay attention to sclavonie kidneys.

In the spring grouse often takes the voice – a hunter should learn how it sounds call of the grouse (now in network I can even find the record), and listening, to facilitate the understanding of the location of the game.

Grouse in the spring are more trusting and less cautious – it is possible to hunt not only with a decoy, or with dogs (the method is used in the winter, but rarely), but also from the approach, particularly the full game areas, grouse can be beaten in flight parallel to the hunt for other game.

Spring hunting for grouse must be completed by mid-March–early April depending on how cold winter has stood. 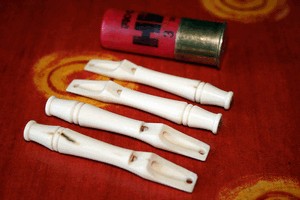 Hunting for grouse in the spring with semolina is one of the most simple, but interesting ways to hunt the game in this period. This hunt is well suited for novice shootersto get a good learn to hide from the game, to distinguish between her voice and called.

Manoc-Pischik for grouse can be:

Mancow need to have a large number of different callsigns and tone, grouse, even in spring can be very careful on the fake call will not go. To play the correct callsigns should know the sound of the cry of the grouse-male and female, how it differs, you can then try to reproduce semolina.

Hunting decoy happening with the discovery of places inhabited by grouse, where the hunter must try to remain inconspicuous and, if hunting is in the spring, to try to determine the location of the game before the grouse will be able to detect it, according to the votes. In the prescribed area it is necessary to approach, hiding from the birds in the trees, bushes and other obstacles, picking up the call, is capable of the game.

Feeding the calls a hunter needs to slowly approach the place where a meeting with the bird, noticing the movement, to lay low, wait until the grouse will be released at a distance confident shot, and then beat without a miss.

Killing a grouse, you can not stop (within reason) – to get the whole site working as a decoy and try to knock those birds that previously responded to the call and did not have time to navigate.

Below you can see videos on the topic of hunting grouse with call. Pleasant viewing.

Other methods of hunting

Hunting with a decoy is not the only method of production of grouse in the spring, all the other methods can also be very effective, as the bird loses its vigilance.

Spring hunting can be a useful practice for young hunters who wish to understand the grouse as game and hear it squeak, but still better not to scare the bird and not to inhibit its reproduction, choosing a more traditional summer and autumn hunting.

One Comment on “Hunting for grouse in the spring”