Sable is an inhabitant of Siberia. To hunt this animal with the help of different traps usually start when already a lot of snow, because at this time, the dog is virtually powerless and is not able to catch the animal in the huge snowdrifts. In the winter, for hunting, you can use cercany, kalemci and dice, but today we’ll talk about why you should use loop, how to use them and what they created.

The winter hunt for Sables loop is very popular, and most humane, because at this time of the year, this animal is very beautiful fur. Summer hunt makes no sense, as between the sparse, short and does not represent any value.

In spring and autumn too few hunts for sable, because in these periods the animal is actively shedding, which means that the fur is low quality and will flake off even with a slight touch.

If you catch sable in the winter, its fur will be very expensive. To get more of these animals standing rules prohibited, and in order to even begin the hunt, you must obtain permission and a license hunting with a gun.

Hunting for sable with loop

The most ancient method of catching sable is a loop. If the animal gets in it, then knot tightly delayed and no one can weaken it. Only man is capable of skipping a node of the loop, at a time when it would take to catch prey. Let’s see how is the hunt for sable loops.

To make the right loop for hunting simply. It is manufactured from smooth steel wire with a cross section from 0.6 to 0.8 mm. Diameter of standard loop from 90 to 100 mm, which will allow any curious animal to stick his head through. After making the loop is hung around those trees, where there were signs of a sable.

Depending on the thickness of these trees, the hunter determines the number of hinges. On average, to catch one sable need from 7 to 12 loops. We should mention that among all used traps should not be free space.

The finished loop installed on the level of human growth, and their free ends should be secured to the tree trunk. Just above the traps, about 40 inches, the tree should be tied a small lure, which will fit: scorched nutcrackers or grouse. As soon as sable will smell the bait, it will quickly try to get to it and not notice the loop, which gets.

When making loops, you should remember not to use a fragile material! Someone decides to not use wire and fishing line, but as practice shows, caught in a trap, sable very quickly it breaks off and leaves. Don’t let the mistakes of others, use good-quality materials to create a loop.

The use of baits 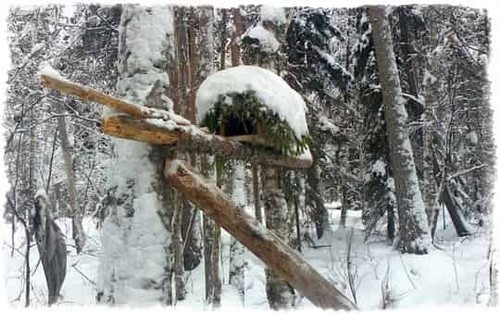 If You wish to catch the beast, it is not enough just to prepare loops and traps, you have to lure in the necessary for You. Above, we briefly touched on the topic of lures, but it should be given a bit more attention. In General, the following types of baits for sable:

The hunt for sable and bait fish is not the best option. Sable is quite cautious animal, and so he will pay attention only to those lures that are natural in his habitat. Once the experiment was conducted, during which was exposed to 25 fishing lures, and sable reacted with only 4 of them.

I have to say on the subject matter. After research it was discovered that the fishing lures are of no particular interest for Sables. There is a perception that this animal she’s eating river fish, and the frequent occasions when he got into the pantry and pulled out a fish. But this is the exception rather than the rule, after research it was observed that the sable in food do not consume fish. He does it very rarely.

In the case of using meat bait, chances of success are much higher because in almost all cases, Sobol responded. Of the 267 installed baits, 196 sable took 24 times the animal just moved in, but did not take, 29 baits pilfered other fauna, and 8 meat baits just disappeared.

It is better to use as bait for sable? The obvious answer is the natural object of hunting for sable, such as poultry, mice, rodents. Some hunters used as bait feathers Pets and their skin, guts and other offal. The whole secret of success lies in the persistence of the bait odor, and this can and should be achieved using either of the skin of the bait, or using his tail. No less interesting carcasses of rodents gutted.

Tests carried out showed that the best sable comes out and responds to meat baits that have passed certain phases of inner disintegration and intestinal fermentation. Note that the sable does not like, if this lure have any damage to the skin. That is the lure of meat with symptoms of intestinal fermentation and decay, showed a 100% capture of sable.

This kind of bait is not so easy to use in everyday hunting practice, but it is no less effective. For research was taken a crippled horse, and created the temperature conditions in which the skin of the animal has not begun to decompose, but at the same time in the intestine of the animal began fermentation. All exposed bait was taken by sable. Further, this little fur beast steadily continued to visit the site where they were found this lure.

Summary of hunting on sable

Today we figured out that the best time to hunt sable is winter. The most productive way of hunting is hunting for sable with a loop. We also discussed different types of lures that contribute to animal fell into the trap prepared by us. Now You are aware and armed accordingly, so you can go hunting! We wish you all a great production.