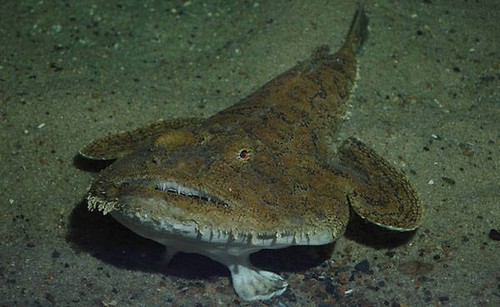 During one ROV dive, the researchers say, they watched C. coloratus deployer shaggy, tipped as a lure, called the ESCA, which was hanging over the end of a modified fin in the top of his head.

Researchers say the ROV dives showed that C. coloratus can live at the depth of 11,000 feet below the ocean surface.

In addition to documenting these fish use their built-in lure and are at the bottom of the sea, the researchers found that the color of the fish goes from blue to red when they get older.

According to them, the fish likely begins its life in a transparent larval form, then turns blue as a juvenile and then turns red at adulthood.