The history of pearling originated long before our era. Even in ancient times people believed in magical healing properties of this amazing stone.

The formation of pearls is indeed a miracle of nature, because it arises in the conch shell by getting foreign bodies In the result of protective reaction of a foreign body enveloped in mother-of-pearl material and formed by a stone of incredible beauty.

What they are – a pearl diver?

“Pearl diver” – so called people who engaged in this unsafe industry. First hunters for clams appeared about 4 thousand years BC in China. Not less common pearl places are Sri Lanka and Tahiti. 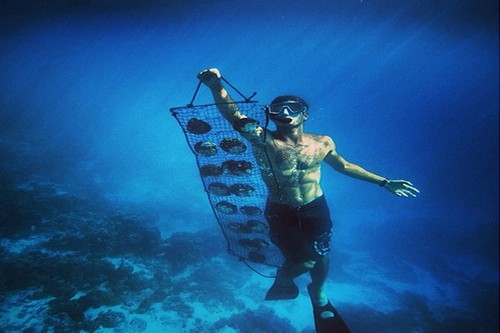 The pearl divers is a courageous and brave people who every day put their lives at risk. To get jewels from the deep sea, you need to have the ability to dive to a depth of 30-50 meters and hold their breath longer than one minute.

During the diving the diver needs to be very careful, because in the depths of the sea it can trap poisonous inhabitants. Many years ago, to protect themselves from the toxic stings, some hunters used special linen suits and gloves and exposed skin rubbed with oils. To collect shellfish on the neck hung a net, and the nose clamped a split bamboo stick. 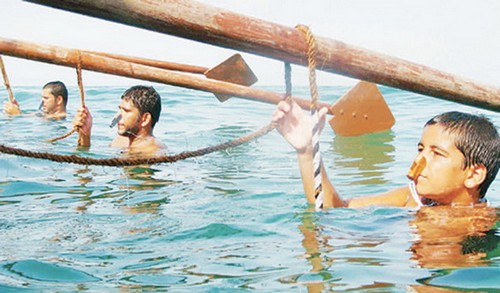 The necessary skills to hold the air and down to a depth of catchers acquired in childhood. Prolonged exposure to salt water and extreme pressure when diving had a negative impact on the health of divers, as mentioned the high mortality rate among members of the profession. 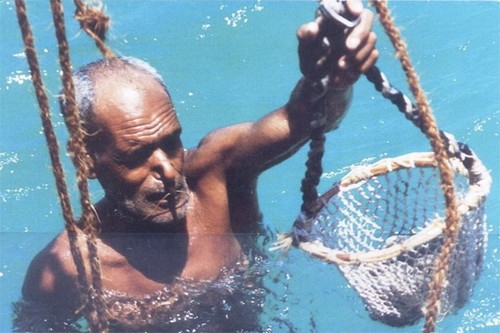 A thirty year old diver looked much older than his years and had significant health problems, such as hypoxia (oxygen starvation), deafness, rheumatism.

In Japan, for many centuries, the mining of this precious stone were women. Their skill is determined by the physiological features, that allows Japanese araldica, or AMA, as they are called, sink to considerable depth and to adapt to low water temperature. 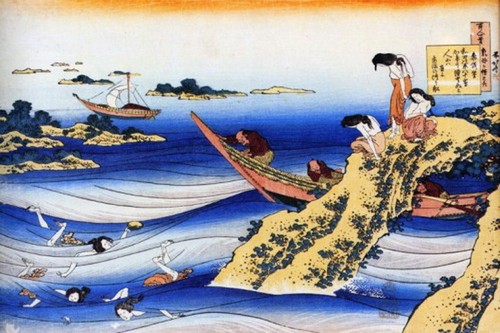 Some 100 years ago, Japanese women were diving only with a mask and loincloth. Their amazing endurance allowed them to stay under water for about two minutes at a depth of not less than 20 meters. It’s a hard craft allowed them enough to earn decent money and become financially independent.

To date, there are very few representatives of this ancient profession. Most AMA live in Toba on the island of Mikimoto pearl. Here you can see nuraldin in the process, and without any equipment. 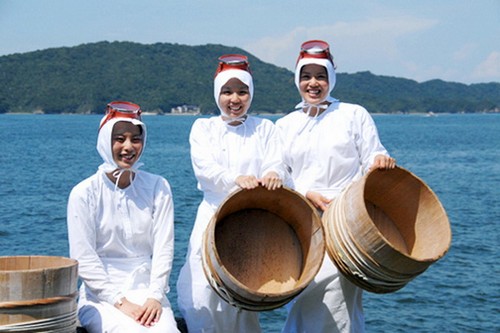 The leader in the pearling in Korea since the eighteenth century also belonged to the women. The divers gene have high performance and endurance, because not everyone will be able to hold out for about two minutes at a depth of 30 meters under water.

In connection with the development of industrial production of pearls, an old craft is slowly disappearing. This is evidenced by the small number of Korean nirali living on Jeju island. Some of them about 80 years. 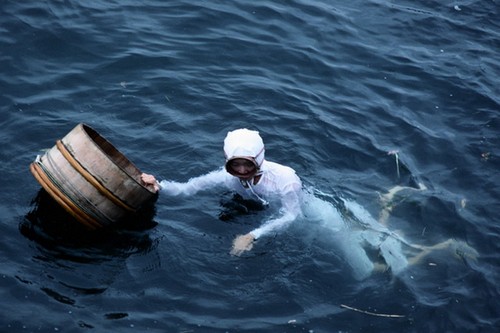 No less mysterious pearl divers are sea Gypsies, or Bajo, who ply the seas of Southeast Asia. This nomadic people can not imagine their life without the sea and the land for them only temporary shelter to replenish food stocks and fresh water, as well as the sale of pearls. 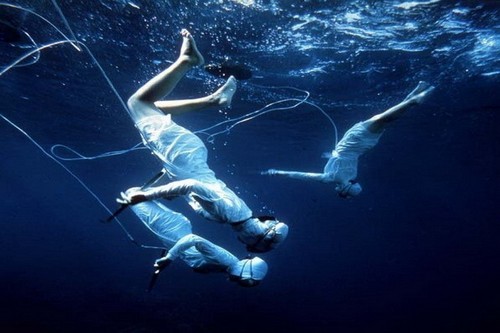 Living on their boat-houses, they become fishers of gems quite a young age, and quickly learn to dive to a depth of about 30 meters without any equipment. Free sea life full of adventures and dangers, but, oddly enough, that’s what makes them happy.

Currently, natural pearls produced in the Persian Gulf, the Red sea and in the waters of Sri Lanka. The cost is much higher cultured pearls, which requires such strength of will and endurance as the pearl divers. 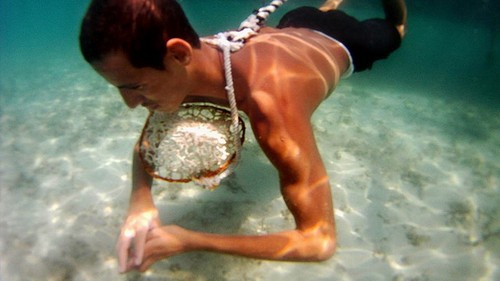 These supermen have a truly incredible ability and endurance, which is cultivated for many years. And for that the sea pays them with her incredible jewels.