Scorpions are one of the most dangerous invertebrate animal found in the world, The Red Indian Scorpion is the biggest threat to humans and responsible for many cases of killing a human using its venomous sting.

Indian Red Scorpion from Buthidae family is amongst the world’s most lethal and dangerous scorpion species. This species occurs in most of India and causes most of the human fatalities in India. 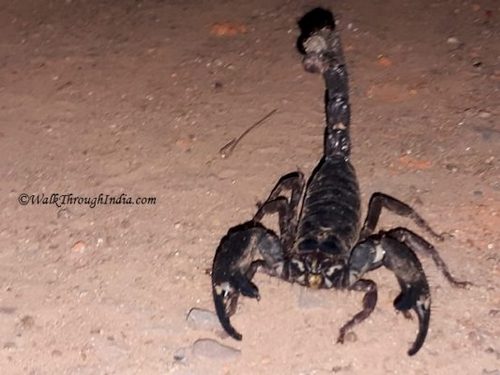 Giant Forest Scorpion is the largest scorpion species found in the world as well as in India. The black color giant forest scorpion found in Western Ghats region of Karnataka in South India.

Fattail scorpions are the most dangerous groups of scorpions in the world, found in the regions of Middle East, India and Africa.

8 Comments on “5 Lethal Species of Scorpions Found in India”