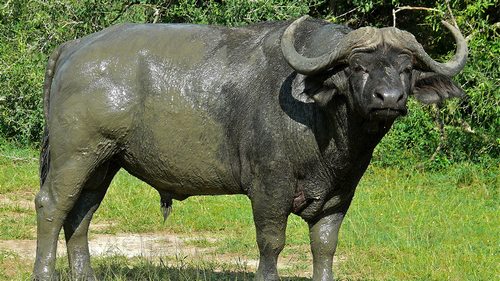 Males, as many of the species are large in size and weight than females. All the Buffalo are short and powerful legs, and the head steamed a little in comparison with the line of the body. The color of cloven-hoofed animals changes with age. They are born black and will eventually become dark brown. The color of the skin, you can judge the age of the animal. After 10 years of life in the body of a Buffalo appear on the spot, he starts to cover the hairline. Interestingly, his sight is very weak. However, it handsomely kompensiruet sense of smell.

Scientists, who for years investigated the behavior of the African Buffalo, came to interesting conclusions. It turns out that members of the species are able to ask among themselves, while in the herd. They do it through movements of the tail and torso, and, uttering certain sounds that relate to the environment. Overall, researchers found more than 10 such distinctive sounds. They manifest themselves in danger, ordinary, quiet life, with the festivals and so on. However, there’s not much to be impressed: even in a natural environment, in any of the reserves will not be able to rarely hear those sounds. Something like the lowing of the cows coming in the Savannah tap is rare. And most often it is the sounds of aggression. Such a violent temper of the animal appreciated by all the inhabitants of the Savannah, so rarely lions or other predators dare to engage in battle with the Buffalo. They are, in fact, kept at Bay all the inhabitants of Africa. Sometimes, however, the lions still decided to attack straying from the group of animals. A victim may also be those individuals who have weakened or wounded. 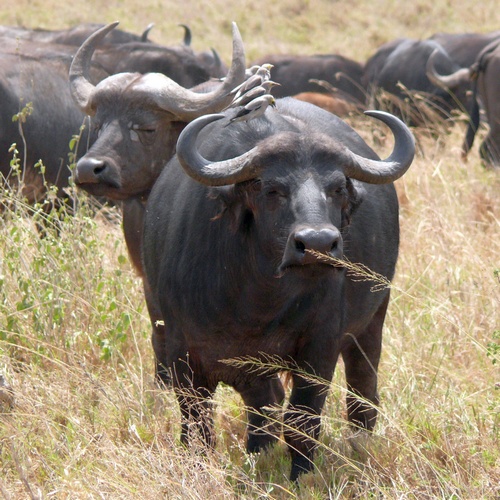