Today in the world there are a huge number of unique animals that impress us with their beauty, grace, strength and other features. But agree that in the old days on planet Earth went no less interesting and amazing creatures, which, unfortunately, failed to live up to. Thanks to scientists and paleontologists, we have the opportunity to have an idea about the appearance, to imagine where they lived and how and why disappeared the population of a certain type. 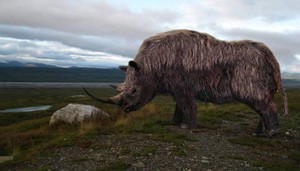 Among these amazing animals applies woolly rhinoceros. Nowadays, there is quite a lot of information to have an idea of what it was and why its population has disappeared.

Woolly rhinoceros is among mammals. Despite the fact that the visual similarity to modern species of this family are striking, yet they have a considerable number of distinctive features. In addition, the body of a woolly rhinoceros was with fluffy and warm coat for survival in areas with cold climate. Diet consisted of vegetation. Unfortunately, human did not bring the animal absolutely no good. People have placed a special trap for woolly rhinoceros, getting where he was pierced with spears. The main reasons for the disappearance of this species is the excessive human bloodlust, and climate change.

In the North, during the excavations it was possible to find the remains of a woolly rhinoceros. And in areas of permafrost failed to detect the mummified carcass of an animal on the ice. Due to such findings, scientists have managed quite well to study the external features and structure of the mammal. On the discovery of the body, it can be argued that an animal very similar to its modern relative. 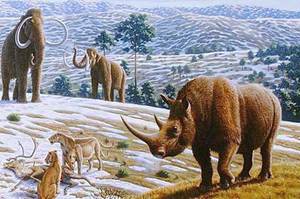 But still, their musculature and body type has certain differences.

Of course, that the animal was adapted to the conditions of life in the permafrost. Mammal abundantly covered long hair brown color. The animal was able to endure cold under the fur cover was thick, and fluffy undercoat. In an additional heater for the neck was made by a kind of mane. At the tip of the tail was focusing hard wool brush.

I should add that the woolly rhinoceros was a bit cropped ears, whose height was 24 cm, in comparison with modern representative — 30 cm was Similarly shorter and the tail, was 45 inches in length. Through the ears of small size and tail was carried out less heat loss during the cold. The skin of the beast was thick and was at least 5 mm in width. Chest shoulders its thickness was able to reach 15 mm. All established physiological characteristics indicate that the animal was perfectly adapted to living in harsh climatic conditions.

The horns of an animal

Absolutely not matter the sex of the animal, the female and the male had two horns on the nose. In structure these growths are virtually indistinguishable from those of modern relatives. The horns consisted of the keratinized layers of fibers, but they had a slightly different form. If modern representatives have horns rounded shapes, earlier, their ancestors had been flattened on the sides of the horns.

In most cases, horn length did not exceed one meter, but there were exceptions when the length of the horn reached 140 cm On the bridge of his nose, the woolly Rhino had to wear about 15 pounds. But it is necessary to add to this weight, the mass of the second horn, whose length typically does not exceed half a meter. To withstand such a huge load, the entire nasal septum was ossified in the mammal. The modern representative of such physiological characteristics are observed.

The size of the animal 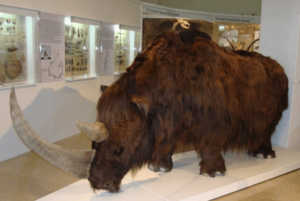 In comparison with the modern rhinoceros, his ancestor had almost similar parameters. On the territory of Yakutia in 1972 was found mummified woolly rhinoceros. Length mascara reached 3.2 meters, and the height, which was measured at the shoulders, was 1.5 meters. Both horns remained intact, the length of the main build-up has reached 1.25 meters. Based on current estimates, the weight of the largest individuals was 3.5 tons. But, as a rule, such indicators weight they are not reached, therefore their average weight is equal to the weight of a black Rhino, and larger species had a mass similar to the mass of the modern white Rhino.