Beekeeping in India are commercially important for natural honey and beeswax, harvested from the wild as well as from beekeeping. The production of honey in India comes from Tamil Nadu in southern India, hilly areas of Manipur and Nagaland, from the West Bengal region.

Giant honey bee or Rock bee mainly found in forested of Himalaya of India and Terai of Nepal. These social bees are very aggressive in nature and their honey is most expensive in the world.

Indian honey bee or Indian hive bee is one of the predominant bees found in India and ideal for beekeeping. They are subspecies of Asiatic honey bee and very similar to the European honey bee. 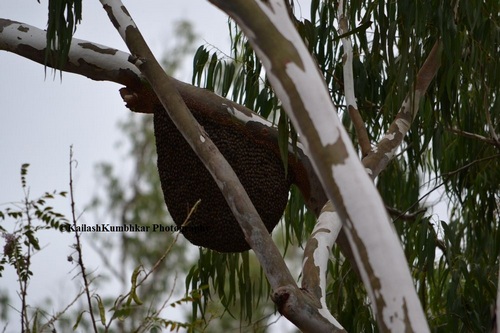 Western honey bee or European honey bee is the primary species for beekeeping in India and one of five species of bees found in India for natural honey and beeswax production. 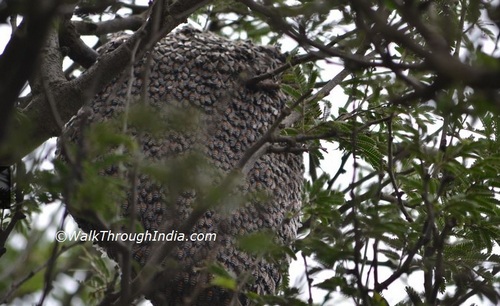 Indian stingless bee also known as dammar bee is found throughout the Indo-Malay region, predominantly found in India and island of Sri Lanka. The dammar bees honey stored in pots and collect honey from medicinally important herbal plants and flowers so that their highly prized medicinal honey can be utilized.

Species of Wasp in India

Indian wasp and hornet are some of the deadliest insects in India. The common wasp, red paper wasp, yellow potter wasp, black spider wasps are loaded with harmful sting like the bees. 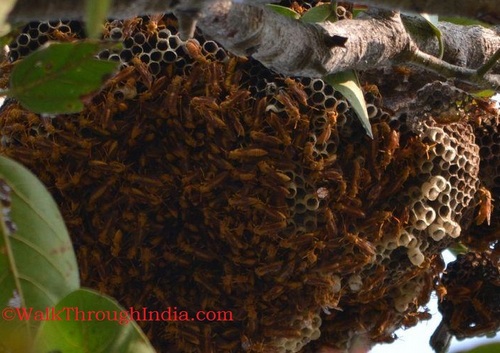 Indian paper wasp are dark reddish color with yellow spots species of paper wasp found in India and as far east as New Guinea. marginata are the most common social wasp in India with very aggressive behavior in the form of chasing and stinging.

Indian Yellow Wasp is distinguishable by color and behavior, its nests are made of paper around man-made structures.

Potter wasp species are black or brown with strikingly patterns of yellow and used mud made of a mixture of soil to built mud nest in the shape of potter. 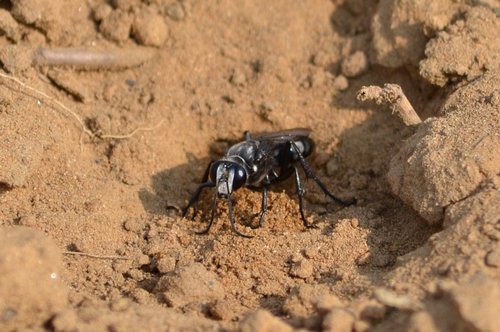 Spider Wasp that hunts spider species in India and are solitary wasps that use a single spider for larvae by paralyze the spider with a venomous stinger.

Tarantula hawk is the most commonly seen spider wasp in India, also using their sting to paralyze tarantulas and laid single egg on the prey.

Asian giant hornet and greater banded hornet are two large species of hornet found in India and a predator of paper wasps. The large yellow and banded in brown and yellow head with large eyes prefer to live in low mountains and forest.

Greater banded hornet are the one of the big species of hornet found in Southern Asia and in the Andamans and Nicobars. They have been a predator of paper wasps and honeybees even dragonflies. 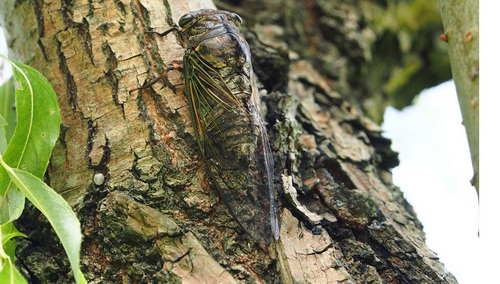