The steppe — the vast grassy expanse that stretches for several kilometers, and no trees around. At first glance, the steppe looks like a desert area — only flora and no fauna. But the first impression is wrong. Of course, the fauna of the steppe is not so varied as in the forests, but there is someone to watch. Hot summer, dry climate, very cold winters and lack of trees leaves its mark on the characteristics and behaviour of steppe animals. This allows you to survive in the desert only the strong and hardy animals. Steppe animals are mainly nocturnal. 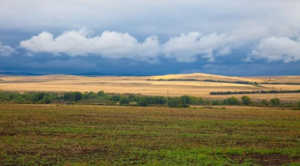 The steppe is on every continent, so species of steppe animals a huge amount. Each continent has its own characteristics and their animals.

The steppe animals of the Eurasian continent

If we talk about the steppe animals of our continent, the first to come to mind rodents. Hares, voles, gerbils. In the steppe inhabited by gophers is one of the largest in Russia — yellow ground squirrel can reach four pounds. As well as in the steppe zone of Eurasia live baybak is one of the largest marmots of our continent. Its weight can reach 10 kg. All rodents live in burrows. They hide there from enemies, heat and frost. Rodents line their burrows with dry grass, but the greater part of their life they spend on the surface in search of food — insects and plants. Most rodents in the winter time hibernate. 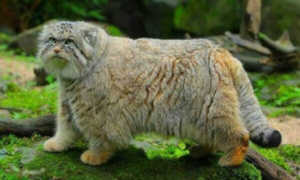 And also in the steppes of the Eurasian continent can meet the badgers.

As for predators, in the desert you can meet foxes, ermines, weasels and ferrets. They feed on small rodents and insects. In Transbaikalia found the steppe cat, the Manul. Often small predators occupy the burrows of rodents.

Most birds that live in the desert, usually migrate to winter in warmer climes. Speaking of steppe birds, first comes to mind is the eagle — a beautiful proud bird of prey. In the steppe inhabited by the Houbara bustard — a large bird, similar in appearance to a Turkey. Bustard is now on the verge of extinction and listed in the Red book.

If we talk about the small birds that come to mind:

In the desert, inhabited by dangerous reptiles: this is the steppe Viper. Its color allows it to remain undetected, and its venom is dangerous to humans, though not fatal. So, walking in the steppes, you should carefully look at his feet. It should be noted that the population of this species is rapidly declining from the plowing of steppe lands. Steppe Viper feeds on small lizards, frogs, insects, rodents, not averse to eat and eggs and nestlings of small birds.

Stenotopic inhabitants of the steppes of Eurasia

Not so long ago, a few hundred years ago, in the vastness of the Eurasian steppe grazed huge herds of bison and wild Asses, Tarpan and saigas. Today, their numbers greatly reduced. Now most of them are at the stage of extinction, and, for example, Tarpan already killed a man. 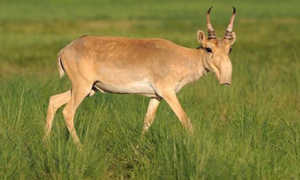 In the steppes of Russia you can meet the antelope. This is a small antelope sand color. A feature of the saiga is the structure of his face — bent, which ends with a short trunk with a pair of nostrils. She acts as a heater when running at high speeds in winter due to increased nasal cavities, inhaled air is warmed. They can reach the speed of 70-80 km per hour.

Savannah — African steppe are characterized by interesting fauna. It is very diverse. Here you can meet giraffes and elephants. On the open savannahs, grazing huge herds of antelope and zebras. They are prey for a bloodthirsty, ruthless, strong and fast predators. Here dwells the king of beasts — the lion, the most powerful predator of the Savannah. The competition here he is the fastest predator on the planet — the Cheetah. Its main prey is antelope. Similar to the Cheetah, the leopard has to hunt baboons and warthogs. Not all Savannah predators get their prey by pursuit or ambush. The hyena just eat someone else’s prey. But at the same time, if necessary, it is able to hunt and kill, for example, a Zebra. 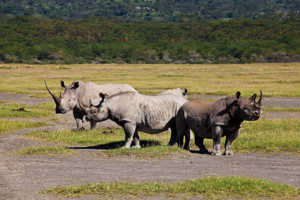 In the savanna lives white and black Rhino. Both species are on the verge of extinction. Therefore, the activists and scientists and create reservesso that the rhinos felt safe and were protected from poachers. Thus scientists hope to maintain and increase the populations of the black and white Rhino.

In Savannah there are very many species of birds. The first bird that I want to draw attention is, of course, ostrich. This unique bird. It’s not a flying bird, and “running”. The ostrich is the largest bird on the planet. Weight of an ostrich can reach 150 pounds.

In Savannah can be found:

In Africa animals of worship. Images of animals can be seen on the arms of many African countries.

Animals of the steppes of Australia

Due to its isolation, Australia has maintained its original ancient fauna. In Australia you can meet many animal species-endemic species — these species are not found on any continent. 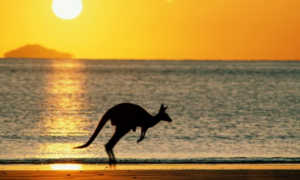 The most striking and well-known representatives of Australia are, of course, kangaroos. Kangaroos belong to the marsupial, have long strong hind legs and powerful tail for balance. In height a kangaroo can reach a hundred and seventy centimeters and weigh up to 40 pounds. Moving kangaroos only hop and can reach speeds of 60 to 90 kilometers per hour.

Yet another lovely endemic that inhabits the spaces of Australia is the wombat. Cute appearance, reminiscent of the ivy bear, a moving and emotional muzzle first sight cause tenderness. This unique animal has been preserved in its original form, not having undergone for 18 million years, no radical changes. Like other endemic to Australia, the wombat belongs to the marsupial family and is a herbivore. A significant part of his life, the wombat spends underground. Way of life is the night. A wombat eats roots, berries, roots, grass shoots and mushrooms. 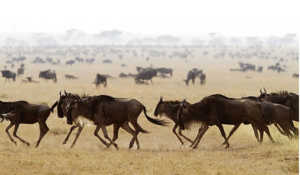 The animals of the steppe is a huge list of species from ungulates and predators to reptiles. With many of them you met in the steppes of Russia. But due to the fact that the steppe land is used for agriculture, many species of the steppe are either already extinct or are on the verge of extinction. Is to respect nature and not to forget that this heritage is not only our, but also our descendants.