Several pristine and harsh beauty of the taiga nature has always agitated the minds of people: there is in it a certain fascination, mystery and even mysticism… How many writers dedicated their works to this area are: animals, plants, man’s relationship with nature in its unspoiled, natural state. And so many travelers, explorers, tourists are captivated by the beauty of the taiga, and not to consider. 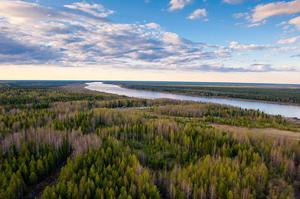 What is the taiga? Taiga is the coniferous forests in the Northern latitudes. In Russia such forests are found in the Urals, in Eastern and Western Siberia, Baikal, Altai, far East.

The climate in these latitudes is quite severe:

What animals live in the forest — those who are able to withstand such a climate. Some representatives of the taiga animals are able to cope with the severity of the winter, others hibernate. Some species migrate to southern areas where the climate is more favorable.

Similar can be said about the other flora and fauna of the taiga world: there are able to survive only the most robust, able to adapt to anyone not giving concessions to the climate, plants and animals.

Despite the fact that the variety of animal species in the forest not so vast, as, for example, in deciduous forests, but still not so small — more than 40 species of mammals, rodents, birds, insects and other forest fauna.

The most well-known animals:

Talk a little about some of them:

The world of the taiga is not only limited to animals, birds in the forest dwells too much:

Only in the forest, there are about 260 species of birds — all have enough space in these vast forests, malozatraten human intervention.

Fish of the taiga

Taiga river full of fish. In them you can find such representatives:

Easier to say what plants in the forest there, than to list those that there. But main, of course, is conifers.

The taiga zone of Russia can be divided into three subzones: the southern, middle and Northern: 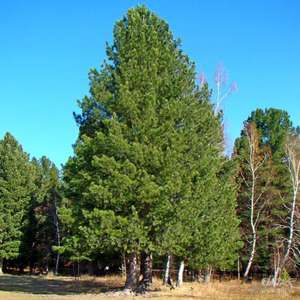 Taiga forests have their own feature — due to growth of old trees, the sunlight on the plants gets very few because in these woods there is practically no undergrowth. But there is enough moss, which favors the growth of shrubs: blueberry, juniper, cowberry, honeysuckle. Taiga is rich and medicinal plants and herbs: you can find Wintergreen, sorrel, and many others.

Animals and plants of the taiga is still astonishing in its diversity and magnitude. One can only marvel at how it all harmoniously coexist in this not very hospitable forest world. Therefore, the task of man is to preserve these forests, their inhabitants, trying to make the onslaught of civilization as little as possible to the detriment of wildlife and the Red book of the taiga ceased to replenish with new kinds of animals that disappear, not without “help” people.