In many tales of the fantastic main character acts as an animal like a wolf. Usually, we are talking about an ordinary Gray Wolf. And each of us knows that there are other wolves mountain or red. This is what animal is on the verge of extinction and listed in the Red book. 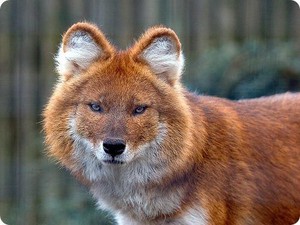 Externally, the red wolf has in common with a Fox and a Jackal. At the red mountain or wolf in contrast to the gray relatives has a long tail that dragged along the ground and something similar to a Fox. It has the pointed and short muzzle. It has large and erect ears. The top is slightly rounded ears set high on the head.

In summer, the fur of the animal becomes rough, rare, and loses its appeal. Depending on the region the animal’s color can change. Was marked wolves in pale yellows and rusty-brown. The belly and upper torso always look a tone lighter.

The way of life of the animal 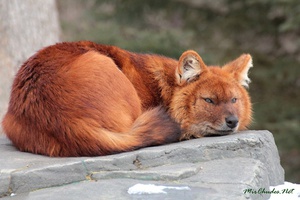 Mountain or red wolf lead an active lifestyle. They hunt only in the daytime. A guide in the search for food is the aroma extraction. In order to feel better, they make a jumping three meters up. Hunting is done in packs, in which at least ten individuals. Thus, they are organized. During the pursuit of prey, they form a chain from which the extraction becomes impossible to escape. In summer, the mountain wolves kicked their prey into the open. In the winter they keep trying to push production at the lake or river. Almost all animals before this maneuver helpless, whether wild boar or ROE deer.

Lives an endangered species of animal on the open plains. But looking for food they make a variety of seasonal nomadism. For them, the inherent vertical movement. As soon as the mountains cover with snow, then after the cloven-hoofed predators moving into the southern part of the mountains or down in the foothills. Researchers have known cases where rare animals got away from the main area of their habitat to a distance of six kilometers.

He eats like other beasts of prey, large ungulates. These include wild boar, ROE deer. But if you come across a case, become the main food of marmots, rabbits, birds. In that case, if the wolf noticed the home grazing the sheep, the fate of the animal is inevitable.

Apart from cloven-hoofed animals, animals eat plant food, which is necessary to saturate the body with vitamins. It might be wild rhubarb.

How to multiply red wolves? 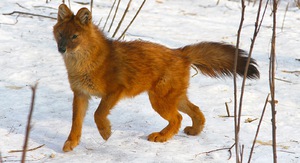 The red wolf is listed in the Red book and refers to animals that are on the verge of extinction. Animal reproduction is poorly understood. Naturalists observe that most cubs are born in winter months (January or February).

The female can produce up to nine babies, which are born mostly blind. Their fur has a dark brown color. Appearance their campaign on an ordinary puppy dog. The researchers note that this kind of animal is monogamous. He never changes his partner. The male chooses only one lady. Other females will expect when you grow up and the cubs might be among them is their choice.

Fathers care about the kids, not worse mother: kids brought to light, the fathers sit and guard the lair, nabout if the female decides to leave its territory, then their fathers become fierce predators in caring nannies. They play with their children, bite their ears and tail. They are able patiently to endure all the things that make the cubs.

Predator red color it lives mainly in the woods or the mountains. Most of the animals of the rare species is at the southern, Central part of Asia. And they can be found in the Altai mountains and on the Islands of Java and Sumatra. In our country, the predators are also found. You can see them in the far East. Most individuals fall on the territory of Mongolia and China.

Earlier, the predator was distributed in the countries of Tajikistan, Kyrgyzstan and Kazakhstan. You can see it also in the Western and southern parts of Primorye. In Buryatia, where he was the permanent representative of the forest he disappeared completely. Because of the extermination of rare species of animals of the valley of the river Selenga and impoverishment of resources for ungulates. And we also know that the wolves of this species do not live more in the districts and the lowlands of Transbaikalia.

Competitors and enemies of the animal

To competitors of the red wolf breed is attributed to all members of the cat. It’s leopards, pumas, leopards, tigers, lynxes and grey wolves. Since all cat’s eat the same food, the competition among them increases several times. Quite often in this environment of conflict situations. One red wolf is not in force to cope with so many opponents. So rock today on the brink of survival.

In addition, the danger is for the rare animal. Regardless of the habitat of the animal poisoned animals, deprive them of food, as well as a fun hunt for them. As well as the disappearance of rare species contribute to various diseases, they should include rabies and plague.

Social behavior of predators in the pack 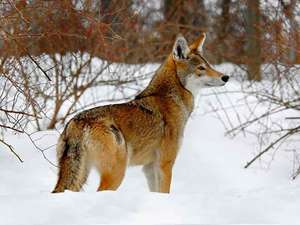 The red wolf is a social animal, living in pack. A pack may consist of twelve to thirty individuals. This pack is quite dangerous. In the herd the wolves can eliminate competitors, and to drive the prey in a remote corner. Many of the animals going in search of the object of hunting, finding, trail mountain wolf fear. Researchers have repeatedly noted cases when a pack of red wolves killed the tiger.

A group of dangerous animals, as a rule, long stalks its prey, exhausting her physically, and then attack from behind. Manner of an animal attack, it has incredible clarity, alienist movements. Hunting helps the herd to get to the wolves large animals.

But high and clear organization mountain predator is manifested not only in the hunt. In herd animals exhibit friendly behavior. They are playing, talking and how dogs raise their kids. Main wolves keep order within their society. Unfortunately, the known cases, when a long time has been able to observe the behavior of the animal. Wolves live high in the mountains, so getting to them is difficult.

Researchers highlight the suspicious nature of the animal. Unknown cases when the red wolf was allowed to a man. Therefore, this kind of wolves do not occur in the zoo.

And it’s also worth noting that hunt down or come close to the animal is impossible.

Today to meet in our country, red mountain or wolf impossible. Animal listed in the Red book of Russia and the world. Red wolf has the status of endangered species. Due to the fact that animals of this species become inaccessible, the exact data on their number are still missing.