A global catastrophe is becoming widespread extinction of rare animals. Unfortunately, our country is no exception – a lot of animals who are found in Russia, threatened with oblivion. However, this problem is not neglected, and it involved a special state bodies, whose function lies in maintaining the number and increase of offspring of rare and unique species of animals. 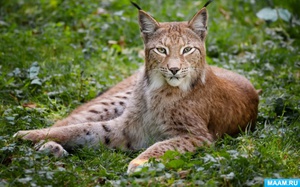 Names animals which becomes vanishingly small, given in a special Handbook entitled the Red book of Russia.

Unfortunately, some species of animals in Russia, suchas the Transcaucasian tiger, the Dodo, Steller’s cow, balleroy deer, cave bear completely disappeared from the face of the Earth. People are unable to protect these fauna, but in their power to save other animals who are also threatened with oblivion.

You should note that this is not a complete list of endangered animals of Russia. In addition, the registry of rare animals is quite dynamic, some of it disappear or move to another category of prevalence.

This is only a brief list of animals that because of their rarity were in the Red book of Russia. To save these animals is just as important as difficult. However, to participate in this can any.

The person requires only:

These joint actions, the people will not only save endangered animals, but also to prevent the decline in populations of other fauna.

4 Comments on “Rare animals from the red book of Russia”