The fauna is diverse. Some species live in the waters of the ocean and sea, the second out of the jungle and the woods, and someone in the desert. Someone size tiny and some giant with whom I would not like to meet one-on-one. 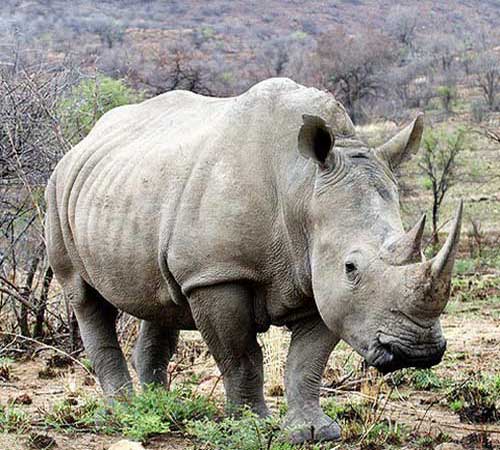 The body weight of the white Rhino can reach 5 tons (in old males), so it is a 5 place ranking the biggest animals. The average weight is 2 to 2.5 T. the Other parameters: body length about 4.2 m, the height at the shoulders varies from 1.6 to 2 m. the Main food is grass.

White rhinos, which actually have a dark gray color, has two horns: the front and rear. Them animal fighting off his enemies. These horns have caused the destruction of almost entirely the Northern subspecies of white Rhino: the two surviving female specimens reside today in the Kenyan reserve.

Southern white rhinoceros meantime, is still found in nature, but protected. Habitat of animals is South Africa. Now a subspecies of outside threats of extinction. 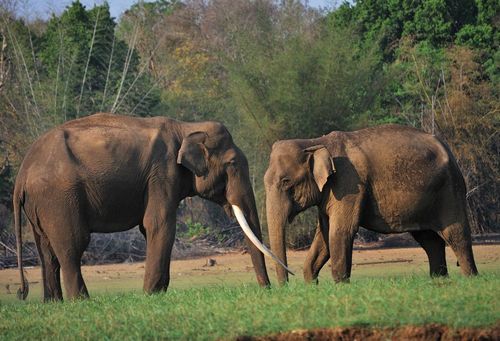 The habitat of the animals – Indus-Malay biogeographic region that includes India (North-East and South of the country), Thailand, Brunei, Sri Lanka, Nepal, Bhutan etc. depending on the environment are divided into four subspecies: Indian, Sri lankoski, Sumatran, bernacki. The fifth subspecies is sometimes isolated population, distributed in Laos and Vietnam.

Interestingly, Indian elephants are right-handed and left-handed, i.e., using more Tusk right or left. To determine this fact helps the degree of deterioration and the roundness of a Tusk.

Belong to a herbivorous animal, spending on the search for food up to 20 hours a day. Per day food absorb 6-8% of its weight, which is 150-300 kg Advantage in the diet belongs to the grass, the course is still going bark, flowers, fruits, roots and leaves of various plants. 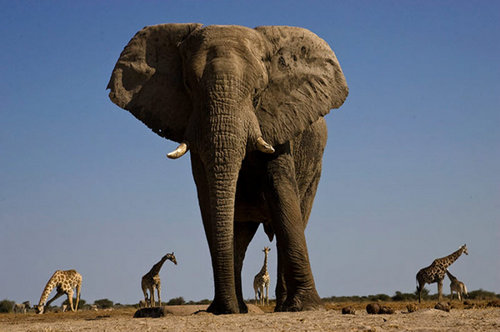 Belongs to the order Robotnik. Mammal. Can be found on the African continent in regions located South of the Sahara. This is the largest land animal and one of the most dangerous on earth.

There are two subspecies of African elephants, Savannah and forest. The first larger fixed weight of one representative of 12.24 t (is currently the record). On average, the animals reach 4 m in height, 7.5 t in weight (males) and 5 t (female).

African elephants are very smart, ready to help their relatives. So, if one individual is unable to cope with the leech, the second one is able to take a stick and unhook the bloodsucker. 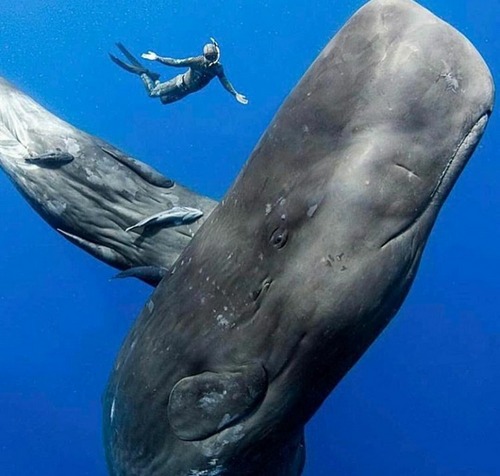 The size of the adult males up to 20 m length and 50 t weight. Females in smaller dimensions – 15 m and 20 m, respectively. Habitat – almost the entire marine ocean, excluding close to the poles the polar regions. Diet consists of cephalopods, at least – fish.

The sperm whale belongs to a dangerous animal. Aggression manifests in a wounded condition, so the hunt for the mammal is a risky business. Famous deaths of sailors who hunted whales, and the sinking of whaling ships. But before the 80-ies of XX century, the production wore the predatory nature that affected the number of livestock to decrease.

Among the wildlife of the sperm whale in the enemy goes is that the killer whale, it was more of a swinging young individuals and females. With an adult sperm whale, the orca can’t handle.

The largest animal in the world 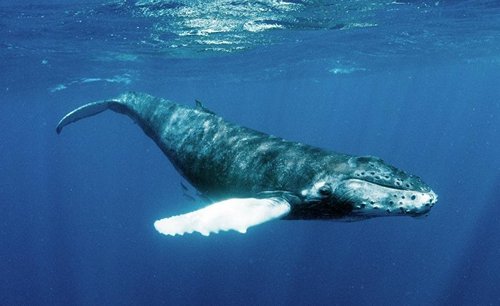 Blue (blue) whale – the largest animal in the world. If some animals range in size, putting it a step above in the hierarchy, descending down in the ranking of most large animals, leadership, no one to infringe cannot. Giant of the deep sea weighs more than 150 tons, and its length is 33 m.

There are three subspecies of blue whale, some scholars have identified a fourth. Pet smart and loving. Unfortunately, is being destroyed, in particular due to the whalebone, and fat mass.

TOP 5 largest animals – two marine and three terrestrial animal. The blue whale has no equal, the rest did not catch up in weight (up to 150 tons). The sperm whale, two elephants ( Indian and African) and Rhino can weigh from 5 to 7.5 T.

5 Comments on “The biggest animals”