Scientists-entomologists have counted more than 3 million types of members of the class of invertebrates is arthropods animals. Among them there are also beautiful butterflies, and grasshoppers are harmless, and beneficial ladybugs.

There are also monsters that carry infection or pregnant with their galah deadly poison. And although these creatures do not have the size of a lion or tiger, a close acquaintance with the most dangerous insects sometimes facing great danger. 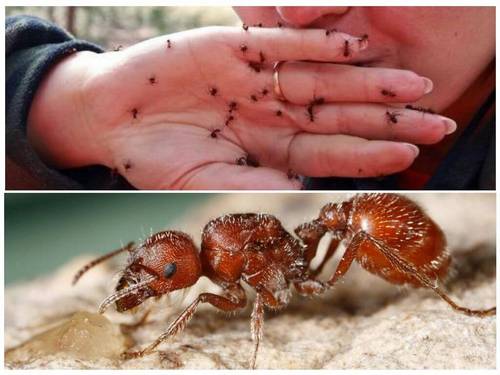 The habitat of the rusty-red of the members of the huge family of ants — America, China, the Philippines, Taiwan and Australia. Having a 6 mm body, these insects are the largest representatives of their kind. However, their toxin is 12 times stronger than the venom of the honey bee and the hornet. The miniature ant attack is accompanied by unbearable pain and injection into the skin of the poison. In the poison cocktail is 46 dangerous ingredients that have a negative impact on the nervous system.

The threat lies in militancy insects. There is a person or animal inadvertently disturb a nest, all its inhabitants instantly pounce on a potential enemy. For small mammals, this attack becomes deadly. People it threatens sensations comparable to a burn by fire, redness, swelling and dizziness. For Allergy sufferers the attack of the red fire ants can result in anaphylactic shock and coma. 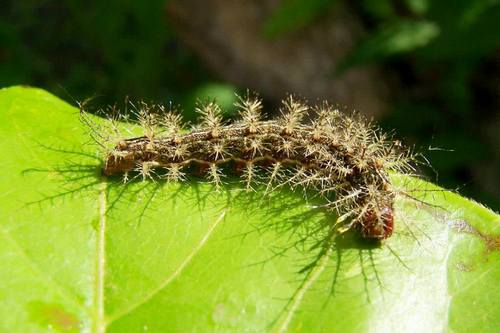 Once a year, in early summer, harmless moths living in rainforests of South America produce offspring. They lay in the trees the smallest eggs, which soon hatch into larvae. Then appear “lazy clowns” — so called by the natives the most poisonous on the planet tracks.

Creating a length of 7 cm painted in brown-green color that allows it to camouflage perfectly among the plants. Features of insect — the white spot on the back resembling the letter U, and covering the body of the thin bristles. Each of them has a cavity through which the poison destroying fibrinogen — a protein found in the plasma of human blood.

The slightest touch to a dangerous substance can be fatal. Sharp thorns pierce the skin immediately, and within 12 hours have shown signs of toxicity: fever, malaise and headache. The lack of medical care threatens the victim by destroying the Central nervous system, kidney damage and internal bleeding. From poisoning by toxins of lonomia die each year from 10 to 30 people. 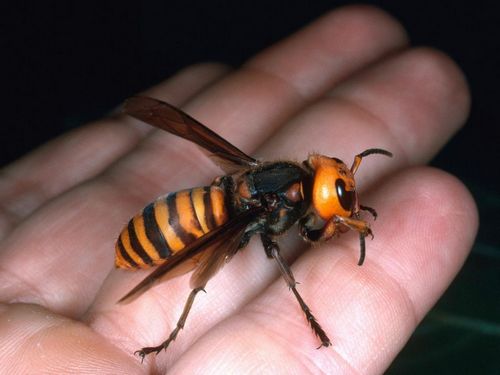 Living representatives of the order Hymenoptera in large colonies, the base of which lay the uterus. In the diet of Vespa Mandarinia picky — their menu consists of berries, foliage, fruits and insects. Despite the fact that the giant wasps are poisonous, their prey, they kill with powerful jaws. But if the Asian hornet sets in motion a deadly sting, you can expect trouble.

The poison — strong poison. Getting into soft human tissue, the toxin causing the effect of the pain, immediate swelling, increased heart rate, fever and shock. For people who are allergic to bee stings, meet Vespa Mandarinia can be fatal. 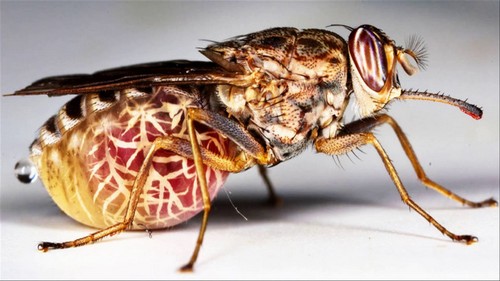 The next participant of the survey, living in Africa, has poisonous glands. The bite of this reddish-gray insect, the size of which does not exceed 15 mm, entails trypanosome infected with microscopic parasitic organisms that cause sleeping sickness. Tsetse spares no people, no animals — it attacks all warm moving objects. Not attacked by Tsetse flies only for Zebra — black-and-white equids fly perceives as flashing strips.

Small teeth located on the end of the proboscis, the insect bites the skin and injects into the body of the victim of viscous saliva, blood-thinning. After a short time, bitten feel the first signs of illness: weakness, drowsiness and fever.

According to the world health organization, each year from sleeping sickness killed 250 thousand inhabitants of the continent. Universal means of protection from the tiny killers and a vaccine against trypanosomes is still not there.

The most dangerous insect in the world: Anopheles mosquito (Mosquito) 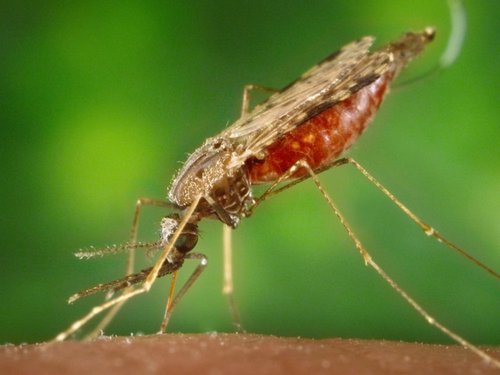 Mosquitoes-killer adapted to existence on all continents. The good news: the climate of Europe, characterized by long winters and regular rainfall, not suitable for the development of dangerous creatures. Externally there is a blood-sucking insect is no different from their counterparts. It can be recognized only by long hind legs. But unlike the harmless cousin, the Anopheles mosquito carries deadly threat, annually claiming the lives of 600 thousand people.

Mosquito — the carrier of malaria and the only distributor of this disease. Danger is the only female. The body of an insect virus enters the blood stung them the human host infection. On the site of the bite of a mosquito vector of Plasmodium (the parasite that causes malaria) — there is slight swelling, itching and induration. Then come convulsions, fever and headache. Without prompt medical treatment, the disease is fraught with irreversible consequences for the cardiovascular system, liver, kidneys and brain.

The above creation of nature pose a threat to animals and humans. Their bite can cause serious disease and cause severe pain, allergic reactions, anaphylactic shock and death. Calms only one: participants in the TOP 5 most dangerous insects dwell far beyond the European continent.

9 Comments on “The most dangerous insects”