In these areas is not the most suitable environment for the animals, but despite this the wildlife is very diverse. The main problem, those who live in the desert is lack of moisture. For several months there is no rain at all, but animals and plants of the desert already adapted to this climate. The temperature reaches 50-60 degrees Celsius. In the evening, when the heat subsides, the animals of the desert come to life: jerboas, foxes, ground squirrels emerge from their burrows in search of prey, but as soon as dawn breaks, everything fades. 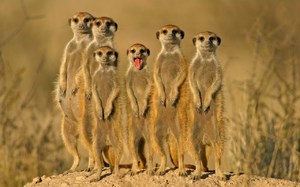 Some desert animals, for example, hiding in the burrows of rodents, well, or burrow into the sand. Mammal rescues shadow from the bushes and stones. Small birds build nests underneath the nests of larger birds such as eagles and ravens.

For many years animals in the desert have learned to find moisture in different ways:

The inhabitants of the desert

Moloch(lizard) a lizard of the family of agamid. Moloch is widely distributed in sandy areas of the Western regions of Australia.Living in the desert lizard for a long time. Active in the daytime.Moloch moves slowly. It feeds mainly on ants. This inhabitant not drinking the usual way, it absorbs water skin. 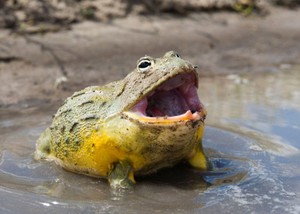 African dwarf adder — a poisonous snake of the genus of African vipers. Overall length 20-32cm. Likes a sandy desert. Active at night in search of prey, day buries itself in the sand. It feeds on small lizards. The species is distributed in Angola.

Caquella is a genus of lizards of the family of iguanids. Length is 32-45cm. The color is orange,light gray colors. Feed on plants and sometimes insects. They live in deserts and semi-deserts of the southwestern United States.

Fenech — the symbol of the ecology of Tunisia. Figures of this animal in blue and white costume can be found everywhere almost in every city of this country.

Camel is a genus of mammals. The weight of the camel 500-800kg. These desert animals — ruminants. Eat wormwood, saxaul. 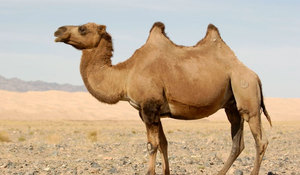 In Asian countries it represents not only royalty, nobility, and arrogance, arrogance.

Lizard is a genus of lizards, of the family varanovich. The largest monitor lizard reaches up to 3M in length, with a shallow 28cm. These animals are predators and therefore feed on insects, snakes, smaller lizards. Live mainly in sandy deserts. Some lizards can attack people, sometimes causing death. The largest lizard is the Komodo dragon called a “crocodile”

Jerboa — a family of mammals of the rodent family. These rodents are very small in size. Body length 4-25cm, weight 200-300gr. Well developed hindquarters. hind legs longer than the front by almost 4 times, so some are walking only on their hind legs. Jerboa eats insects, seeds of melon, watermelon.

Scorpio — group of arthropods. During the day they hide under stones, and at night come out to hunt. very fast animals. Scorpions feed on insects. The poison accumulates in the tail of the animal. 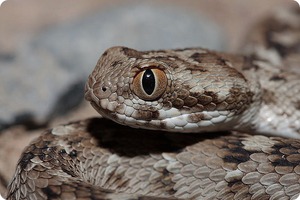 The Scorpion, found in the tombs of the pharaohs of Ancient Egypt. Egyptian Scorpio was considered to be an incarnation of the goddess Selket

EFA — a small snake 50-60cm in length. Body color is highly variable. EFA feeds on small rodents, rarely lizards, birds. This snake is one of the most dangerous snakes. The venom of a carpet affects the mucosa, causing bleeding.

Insects of the desert

Source of food for many inhabitants of the desert are plants. Many people think that the desert is not a rich flora. In fact, few people know that growing in the desert. The desert can grow those plants that are adapted to the desert climate ( drought, lack of shade, extreme heat and lack of moisture) .

The most famous plant is the cactus. In the desert many species of cacti, they have different shapes, sizes. The moisture they hold at the expense of thorns.

Another plant is a perennial baobab tree. Flowering plant in autumn, is fed by underground waters.

Of course, what the desert without tumbleweed. The plant has the form of a spherical Bush.

But there are species of plants that is little known to mankind:

48 Comments on “The fauna of the desert. Description of animals live in the desert”