Today to say about how much the horse weighs, it is impossible. This is because these animals are not only natural heritage, but also the creation of human breeding.

Already withdrawn more than three hundred breeds that are designed for different purposes, there are completely different from each other horse. There are miniature ponies and the mighty machines that are striking not only for its dimensions, but load capacity and traction force.

It should be noted that the mass of the horse is never stable, it varies depending on age, task designation, conditions of detention, facilities to breed and working conditions.

The horse world is quite varied. A significant difference in the mass can be seen on the example of various breeds. To the easiest weight category, as a rule, the pony – animals, the growth of which varies from 0.8 to 1.4 metres at the shoulder, and miniature horses local selection. 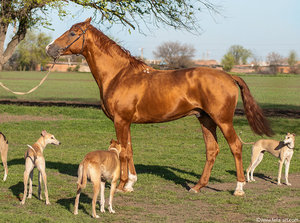