To shoot from a pneumatic gun it is unlikely someone will refuse – because it is a fascinating exercise, giving the drive and fills the blood with adrenaline.

However, not every such thing is available because a good BB gun is not cheap, and a bad buy no desire. However, if you have hands and a head on your shoulders, you can be the gun to do with their hands.

By the way, spend money on components is not particularly necessary – they are close at hand. But first you need to understand what and how it works.

We have the bullet (caliber usually 4.5 mm), which defeats the purpose should fly out of the barrel at a certain speed. And gives it is accelerating the flow of compressed air received by one of the methods that determine the design of the gun:

Master the gun, on hand

Mainly craftsmen prefer to invent guns or PPP-type or PDA type. Fortunately, for the latter you can use ordinary plastic bottles. And plastic pipe gave a lot of useful parts in the form of tees and adapters. Trunk (one of the most important parts of the gun) is made from cocktail straws, radiators, refrigerators, antennas, ballpoint pens or markers. By the way, it all fits into a caliber of 4.5 mm.

Pick up the barrel diameter bullets – they have to enter it on the nose, but not very tight. Otherwise, the air power is not enough for their expulsion.

Do the “airguns” out of the bottle

Options for this are manifold but many of them involve shooting by squeezing the bottle. We consider one of the ways on how to make a gun with a trigger. He shoots pellets from air rifles.

In a bar vertically drill hole depth of 5-6 centimeters. Side slightly above the drill one more hole (to the middle of the bar) – its diameter must match the diameter of the trunk, which should be put on the glue. The third hole is done through – parallel-the second, at a depth of 5-6 see him until the middle to insert a fitting, so this part will expand to its size. On the other hand this hole we’ll do the trigger screw.

The upper part of the vertical holes on the bar pour the hot glue. Into the bottle insert both fittings, one at the bottom, and the second tube. For leak sizing. Then screw the fitting coming from the neck at the proper place on the bar. Next, cut a strip of rubber and screw in the screw. Then insert the screw opposite the screw-in fitting and firmly glue the rubber strip. All the gun ready.

For shooting inserted into the barrel of the bullet and slightly pushed her with something long and narrow (for example, skewer for barbeque). Pumped air into the bottle, aim, push the screw and shoot.

Option 1. Bicycle pump disassembled, and the resulting two metal tubes whose diameter varies. Now take the camera (off the bike) and cut it into long strips of width 1 see Now the phone that is thinner (barrel) and wrapped a strip tightly pushing it in a thicker tube. You can miss the mark with glue. Of wood cut the base of the gun is a convenient form, pridelava to him our design. Then make a wooden piston (the size of a thick tube), nailed to it 3 or 4 felt wad. Lubricated with grease on the inner part of the tube and felt.

Option a homemade gun from the pump

Bent a nail, placing it at the base of the shutter (when cocked). Below the shutter is held, do the tabs at the rear of the piston and in the bed. Rubber tubing pulled from the front of the gun to the shutter. Clicking on the descent, we let go of tightly stretched rubber, to push the piston. Bullet. One shot – one shot.

After the acquisition of Pneumatics, the question arises – where to shoot? There is a huge amount of target images for shooting. We will help You to make the right choice. Targets for hunters, sportsmen and Amateurs to shoot.All about reactivation air rifle Hatsan 125 can be found here. Disassembly, degreasing, first shots, setting of the weighting and the native spring.

Option 2. This is harder – in addition to the basics of Bicycle pump, you will need another pump to pump. Still need valve from fire extinguisher – experts say that the best FP (stop-start device) does not exist in nature. For reference: this quality can also be used the ball valve or the tee from the metal pipes (it will have a few to convert).

Take the tube from a Bicycle pump, cut to the desired length and connected to the valve of the extinguisher. Coat with glue all joints. Do the removal with a metal area (plastic pipe) to the trunk – more thin tube. It is attached over the pipe from the pump and the valve from fire extinguisher will be back. The valve side has a thread, which is screwed into the nipple. Here attachable compact plastic pump – it we secure side (primotat tape) and let them pump up the gun. Ready to shoot.

Many sold today in baby pistols look quite decent – they are very similar to the real thing. That’s just the power battle and the power they boast is understandable, for the children it is intended. Doing some upgrading, you can get a good pneumatic “gun” that will look more decent than the arms of the “plumbing”.

What good is a children’s gun as a basis, so the fact that he already has a trigger system that’s more just have to fool the craftsmen by bending the trigger of the nail or of the electrode, and the gate, building from the window latch. If we are only going to improve it “stuffing”, then take a screwdriver and dismantle the weapons. First you need to work with the spring (as already mentioned, children’s pistols belong to PPP type). Replace it with a more powerful one – speed bullet will immediately rise.

Now the piston is in the children’s guns they are often plastic. If they are replaced with metal, you can’t shoot light plastic balls, and something heavier. Next – upgrade the barrel, increasing its length to match the diameter under the caliber of the bullet. But still greatly increase the power of this method will not work – the volume of the cylinder does not allow. More effectively to alter in this way children’s machine-the guns.

If the gun body is made of flimsy plastic, it is better not to try to upgrade – tear. Or need something to come up to his hardening. It is still preferable to alter metal weapons.

Even seems to look homemade gun innocuous (and sometimes fun) toy. However, when used carelessly and troubles he might do that and then not corrected. So remember a few simple things: 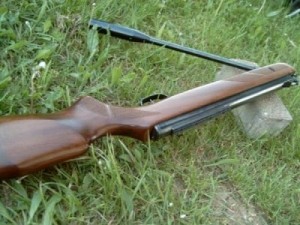 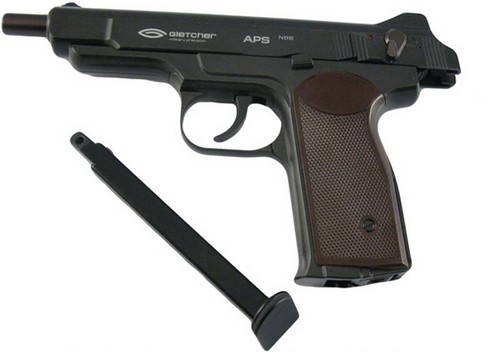