The bream fishing in the summer is one of the most popular and diverse fishing because the trophy itself can be quite heavy. And beautiful fish – bream, especially large ones. Wide body touched pure gold, and then in the cage, covered with crimson drops.

Small skimmers are more elongated, silvery, somewhat “thin” compared to mother bream, but when you take quite often, the fishing is considered good. Typically, these skimmers are prey to shoreline anglers-poplavochnikov. Only tackle were a few other similar fishermen Aksakova. Now you have long flight feathers are fishing rods made of modern materials. They are lightweight and ProClarity in hand. Flight feathers are the bait can keep on the weight.

Rods do not have crossing rings, which also supports the total weight of the gear. Even a seven meter fishing rod is light enough for them to keep on weight. This allows the poplavochnikov long balls, feeling the edge of the coastal strip of grass, where probably runs a fish trail. The use of rubber shock absorbers, which are equipped with such rods, allows to draw out the big fish. This is a good system and the strength of the swing rods.

Cunning-poplavochnikov become widely used different flavors and dips, often used in the feeder. And now the usual worm, sprayed with dip, can become a tasty morsel for the big bream.

The bream fishing in the summer on the river is impossible without a long cast, as sometimes the coastal strip is a continuous shallow water, where the sport of only plotnicki and bleak. And then comes the feeder. Commonly used medium rods of medium-grade and summer-light feeders. Before fishing, mixed with bait, the angler rattles the bottom of the marker weights, determining changes in depths and nature of bottom. When posting a sinker, finding the edge, the fisherman clipset fishing line and casts with the feeder makes it to this point, finding a landmark on the opposite Bank of the river. After making a few casts with the filled feeder in the same place, the angler creates a background for bait or, if easier to spot bait on the bottom where suitable fish.

The bream fishing in summer is often a very good warm July nights, when caught the largest bream. Sometimes this fishing specifically to cobble together large rafts, which established special lamps. Before, in the old days on these rafts lit bonfires. In addition to the elucidation of various signaling bite fires, probably something attracted large bream to the nozzle on the bottom. This is controversial, as controversial that burbot out in the light of the fire, but, nevertheless, on such a night catching bream caught the largest specimens.

The bream fishing in the summer with boats is more common in large rivers with strong currents, though there are fans sit with a fishing rod and on a small river, casting with rubber or pleasure boats with the hook attachment to the bunch of water lilies. But still the main part of the catches of the fishermen at this time the bream in the stream of a larger river, using different donkey. The simplest option is the side the fishing rod-the ground rod, where used long or short spinning one-handed spinning.

At the apex of this short side of the rod is fixed rigid to the pointer of the spring wire or flat spring from the army cap. For the visibility of the pointer can be glued bright plastic ball, and for the sound bite – hung little ringing bell or pin feeder sleigh bells.

This is the common ground rod with a heavy sliding sinker, only the gear is installed on the boat. The rod is usually fixed in a special slot on Board, otherwise there is a possibility of losing tackle when you pull of a strong fish. If the boat is rubber, the socket can be glued with the internal side. The handle rod is fixed in this socket tightly enough and securely. The feeder is lowered to the bottom with the other side, upstream. In fact it is proven the Volga tackle, simple and effective.

But there is an option even more simple where you do not need to make, and only take the boat a short feeder, which will now be the side. All you need is just to choose the right feeder and the tip under the pressure of the flow of the great river.

The bream fishing in the summer on a variety of tackle is the most popular for this time of year. 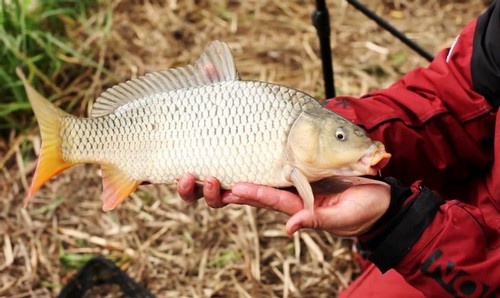 How to catch carp in the spring 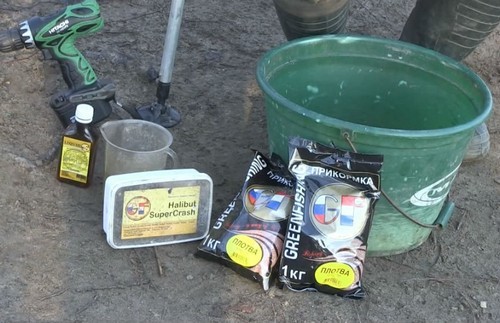 Spring fishing for carp on the feeder 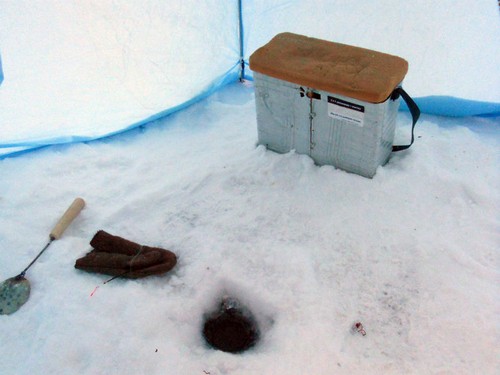 The bream fishing in winter on the reservoir. Features catching on for